I am a new sambapos user and I am trying to setting a new screen layout but I don’t know how to do it.

I have tried to put images products but I don’t know the image size for sambapos:
This is my screen sambapos. 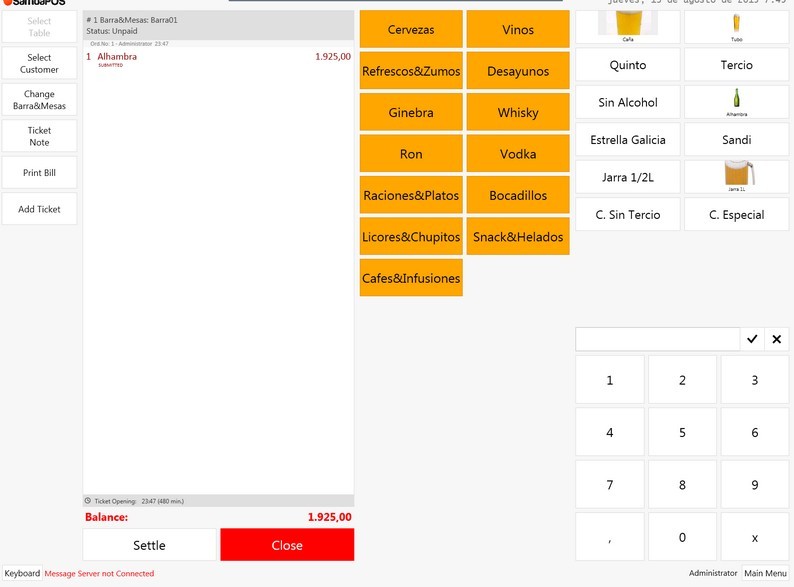 Do you know to do it?

To modify buttons go to Products - Menu and edit the menu… where you added images there is also button height change that one to give more room for images. Then based on your resolution of screen, find the best image size until you’re happy.

Everything you need to customize POS screen in terms of looks and buttons is made in MENU.

To change buttons like Settle or Close go to Automation Commands

I will try it.

Other cuestion: Is it possible change the dimensions of orders area and category area? I want more space for products. As you can see on the next picture the order area is bigger than products area. 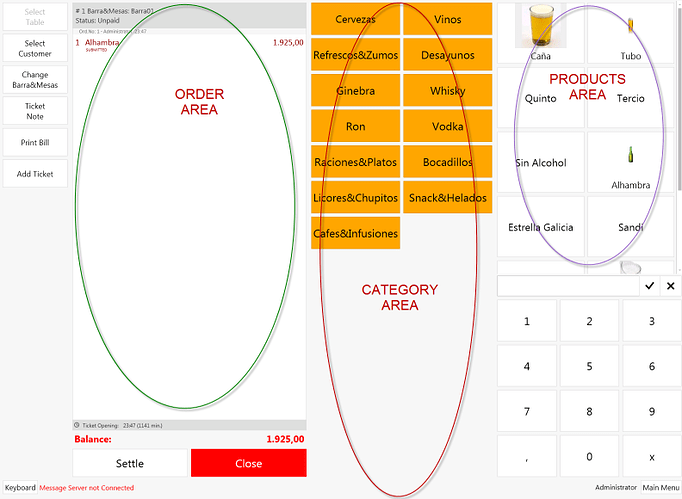 Order area can’t be changed but you could take categories down to one row.

Yes, you can put everything in one row. Your category area can be smaller which in turn will make Product Area bigger.

Category column width will be best place to start, yours look quite wide, change the width and add a \r in the category name to add a line break.
As said you could look to turn off/change to small for the keypad. V5 has ability to reduce the height and create custom keypad layout which helps when that’s released.

I will do you said.

But is it possible change the orde area dimension?

As @Jesse has said the order area cannot be changed

“Order area can’t be changed but you could take categories down to one row.”

Put it where you want the text following it to wrap to the next line. For example Price\rChange will wrap the word change under Price.

I have another question about the layout setting. I have set Column Count to 3 and Page Count to 2 but I want to fill fully each page. Now Sambapos divides all products between the number of pages.

More than likely You have columns with more buttons than page…Did you try making Column Count to 0?

More info would help us. Can you provide screenshots?

I want to have the products on pages but it is not mandatory. I want only a second page or third if it is necessary.

As it show in pictures attached if I put 2 page sambapos put the products on two page and it does not fill full the first screen. 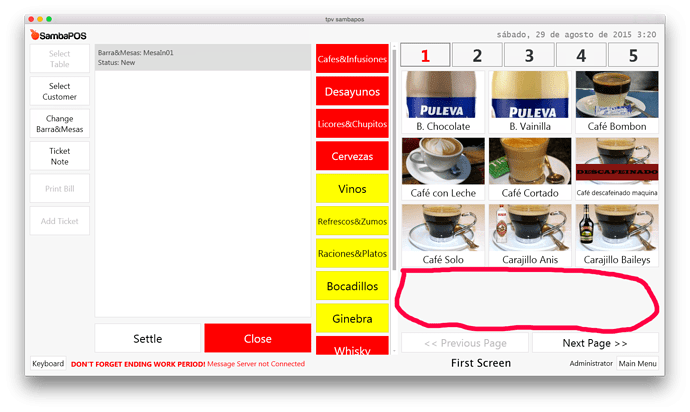 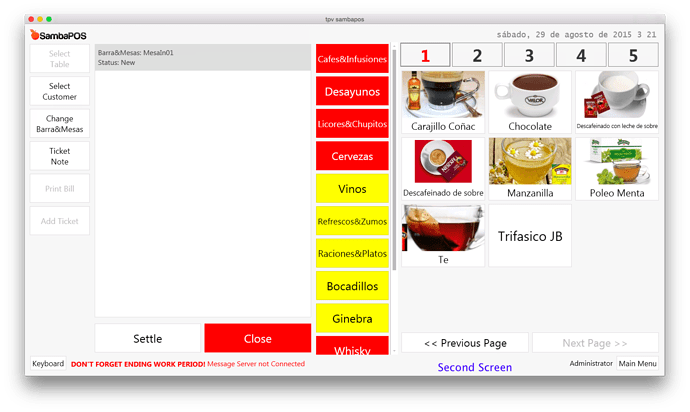 Ok that is likely due to your image sizes. Use smaller pictures to make buttons smaller and it might fit better. That bottom row your showing is not big enough for buttons so it puts it on another page.

V5 supports setting button heights to 0 to fill all space. 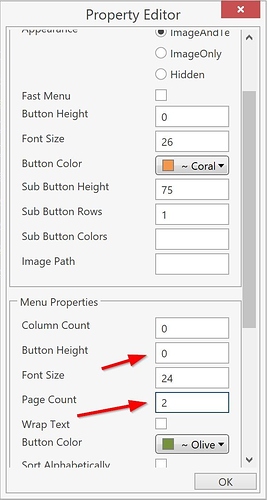 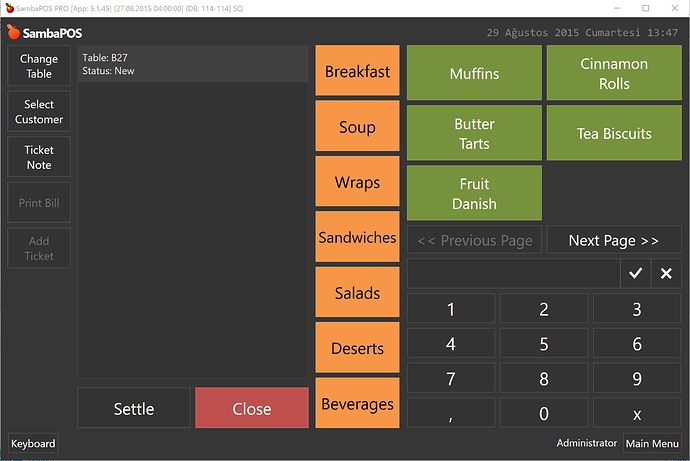 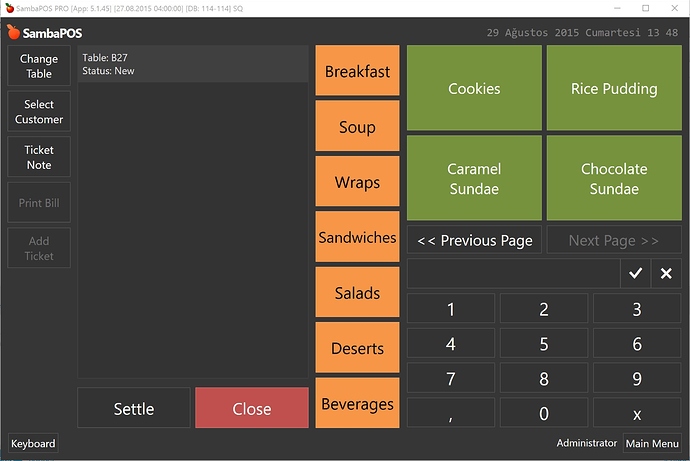 I have thought about this myself and avoided pages because of it. Products are evenly distributed across the number of pages set.

I want only a second page or third if it is necessary.

Think this is the key part of the question.
I understand why what happens happens however given the 0 button height now allows automatically filling of the screen maybe something could be improved in the functionality of the pages setting.

Have tried to picture an idea to suggest for future improvement and my first thought was what if 0 pages ment that rather than scroll bar showing pages were extended however could see that being a nightmare with the 0 button height setting.

The pages setting works as it is but would be nice if either as option or by default it propagated the first page before moving to the second rather than distributing products evenly across them. ie you have 15 products and a page can fit 10, at the minute that would result in 8 on first page and 7 on second but believe cleaner more logical result would be full page of 10 on the first page and 5 on the second.