as for as the menu scroll is concern we can use small numberpad, pagecount, and small size button but what about scroll bar at the ticket order line. 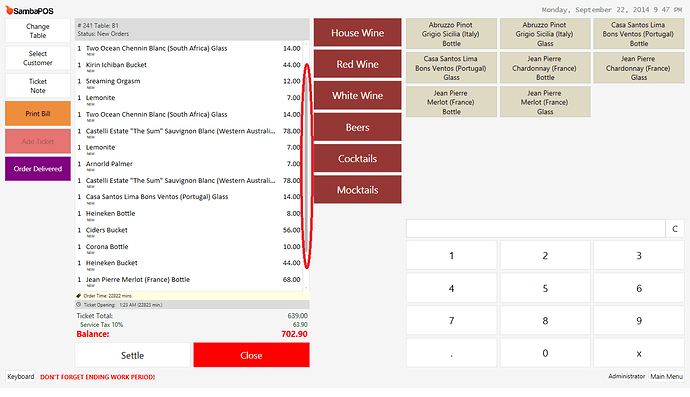 can anyone help with ticket scroll bar ???

Cant they just touch ticket screen and slide finger up and down? It works that way on mine I do not have to touch scrollbar.

Scrollwheel on the mouse works too when you hover the mouse over the Ticket area (you don’t need to be directly over the scrollbar).

I will add that mouse click and hold + Drag works as well.

Exactly, for me the scrollbar is not something I use at all, other than as an indicator that there are more items in the section that I can’t see…

they are using samsung tab 7"

Hmm… does this make a difference via RDP? Does touch/swipe not work on the middle of Ticket with this scenario? Only directly on the scrollbar works?

Some RDP clients handle mouse pointer and touch differently. Some you have to toggle touch or mouse pointer. This may be the case. You could look into a new RDP client app if this is the case.

so i shall try cloud is it?

tested on one our tablets to day connecting using x2 rdp (android) and in order to get it to scroll you need to tap and hold until the circle appears and then you can scroll up and down with your finger on the list rather than the scroll bar.

That would be how the RDP client for Android is handling the behavior. You might try out other clients… but they may be similar or there may not be a better client out there right now.

ok thanks i will try out again