(Self Service )Customer Order food and settle payment at cashier

now a days the self service is in demand. so i wanted to build a demo for future use.

ok so far this is what i have come up with:
customer layout screen: 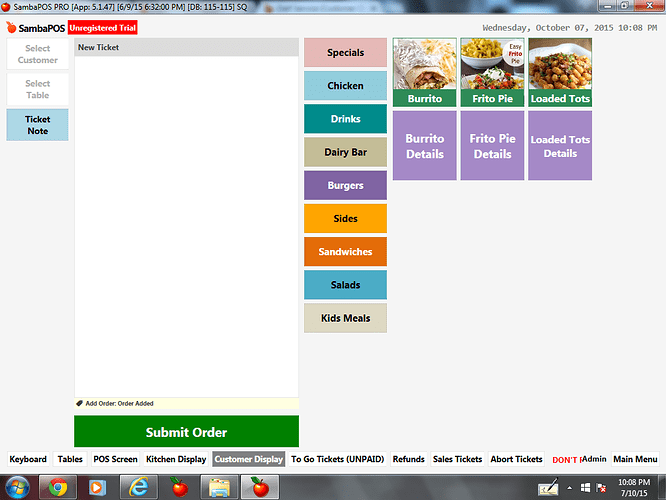 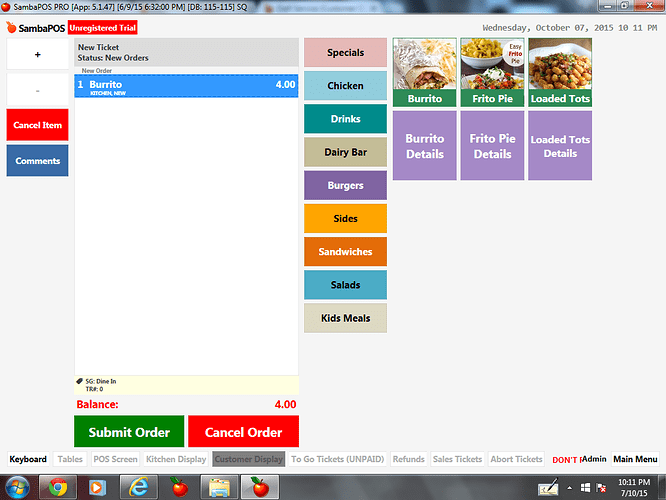 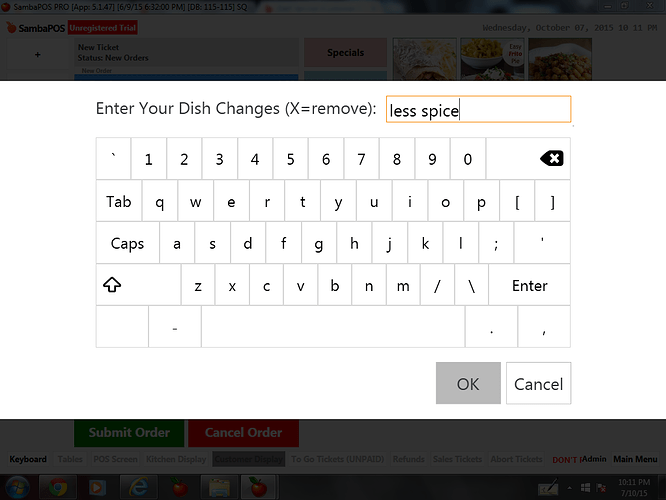 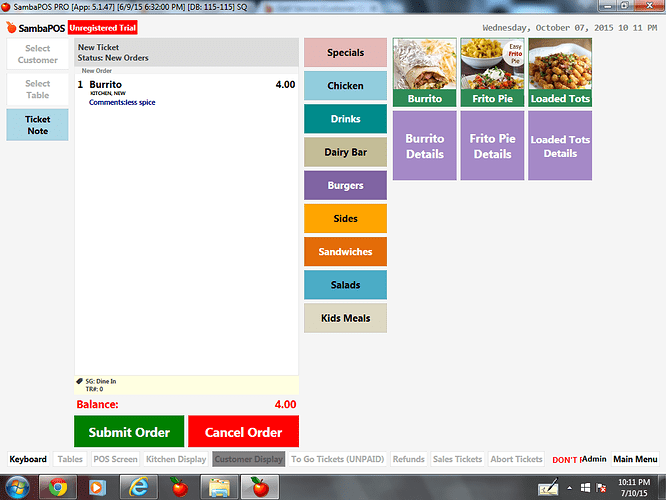 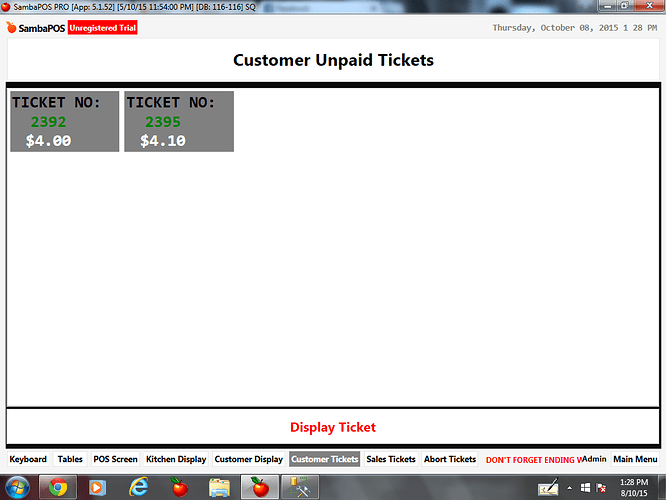 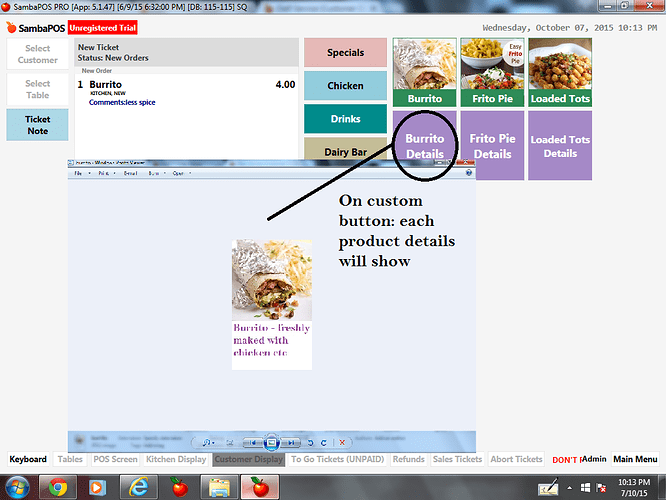 i am facing problem to achieve this.

Great. On latest version you can get rid of left sidebar by unmapping all ticket and order automation commands.

Maybe when clicked on a ticket line it will be better to display a popup that contains remove order and add note command buttons. To be able to implement such popup we need to know when an order line is selected. Would an “order selected” rule will be useful here?

I also have plans to create a new Ask Question like dialog that contains html viewer instead of “question” section. So we can implement something like that…

We display a popup that contains a html with larger product image, detailed description and under that two commands to add item or cancel it.

i know i am doing something wrong so please assist

@Jesse mention something in the article but i coudnt follow him

@Jesse mention something in the article but i coudnt follow him

This is a huge (103 post) topic and many features added regarding that setup after @Jesse’s suggestions. Start from the end of the topic to understand how we changed SambaPOS features and what we’ve achieved so far.

as i want each custom button to show its respective picture

Not sure what your concerned about. That’s specific about order line commands not automation button presses.

i am facing problem to achieve this. this is what i ahve done:
add custom buttons 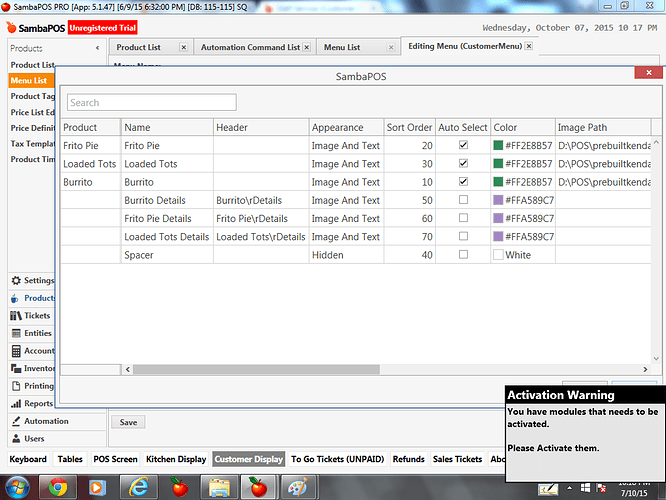 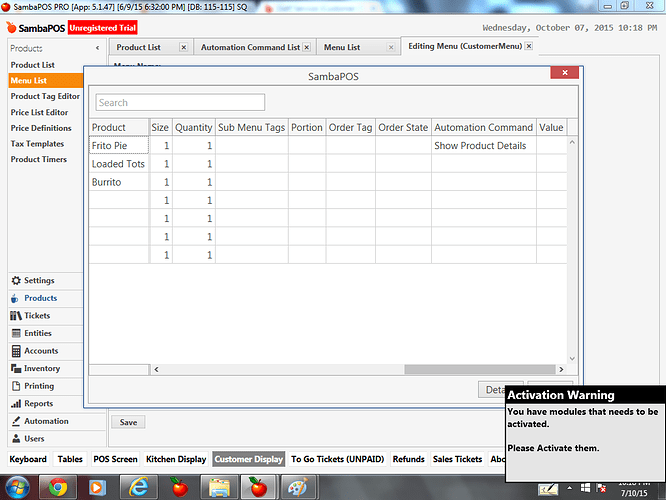 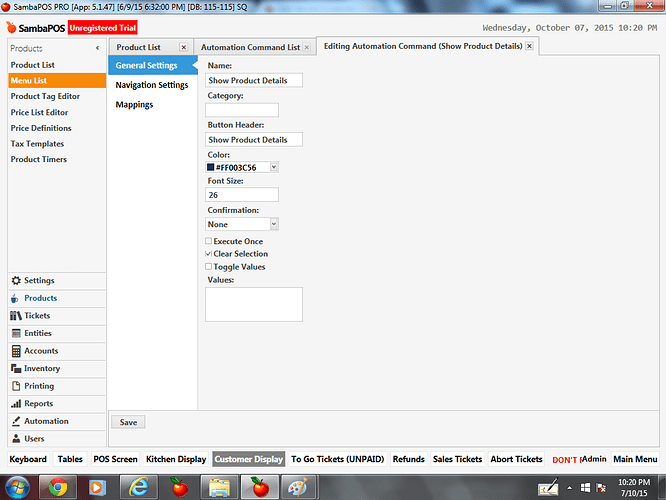 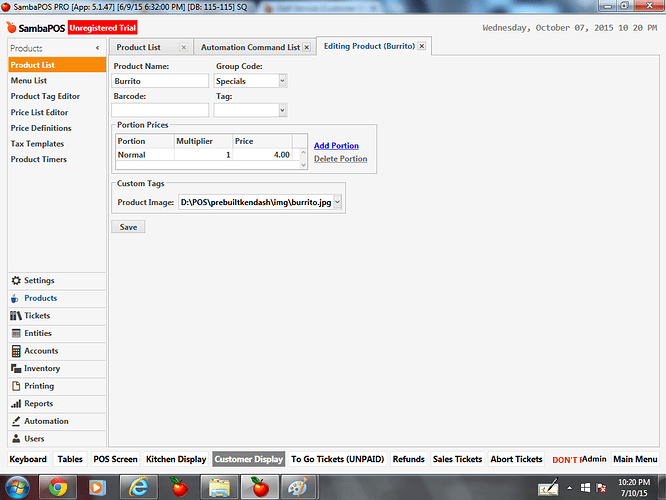 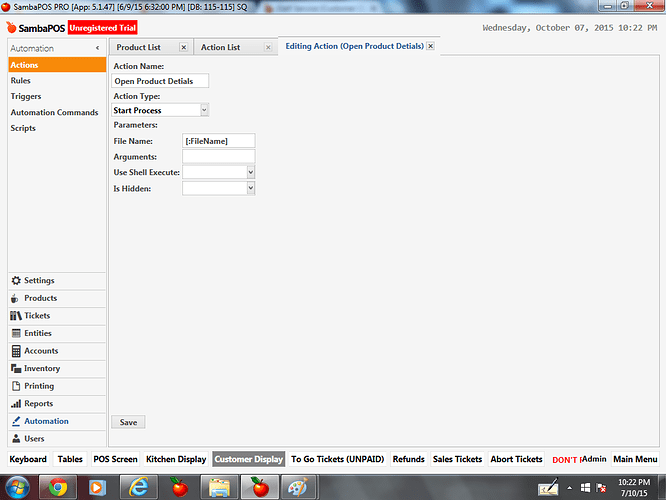 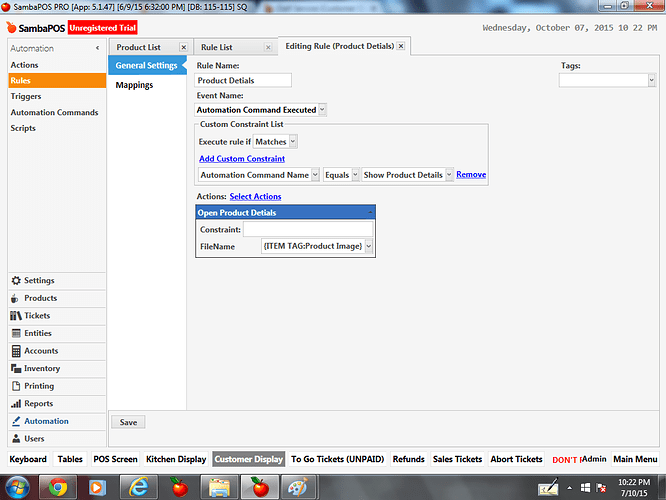 i know i am doing something wrong so please assist 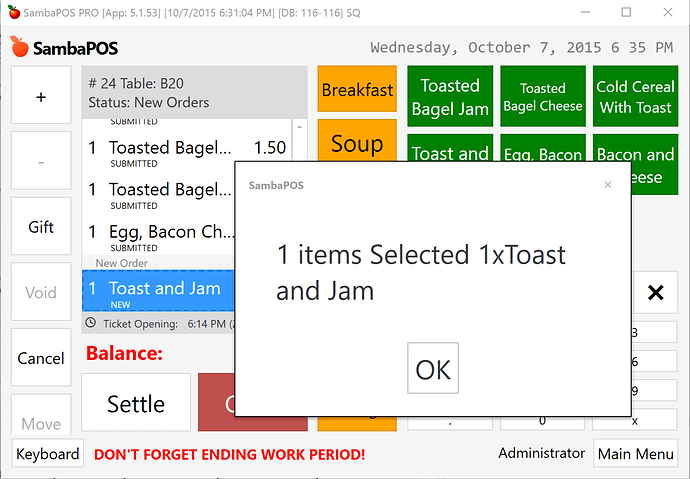 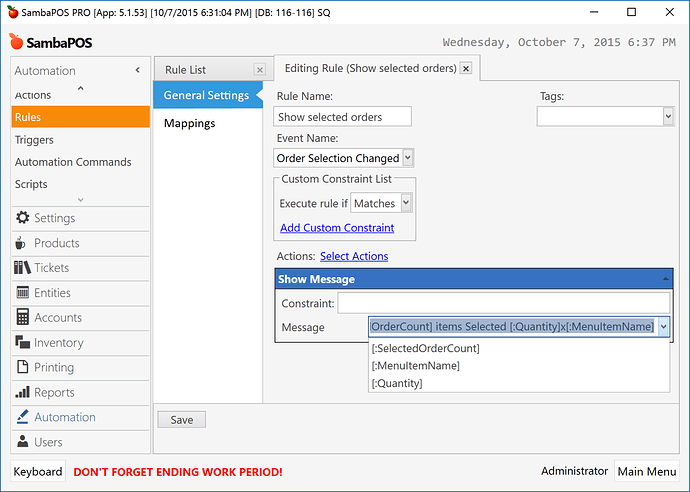 Event executes both when an order line selects / unselects.

@madiha when you assign a custom command to a product button you need to handle order addition yourself. Custom buttons just executes actions. That’s why I thought you should display details with Ask Question action. Ask Question dialog can display product images to a degree but I can improve it to display a HTML Viewer inside.

For now don’t think how product details appears on ask question dialog. Just add some placeholder text. I’ll allow you to display HTML there so you can prepare your custom product description screens.

ok got your point will try to implement

get rid of left sidebar by unmapping all ticket and order automation commands. 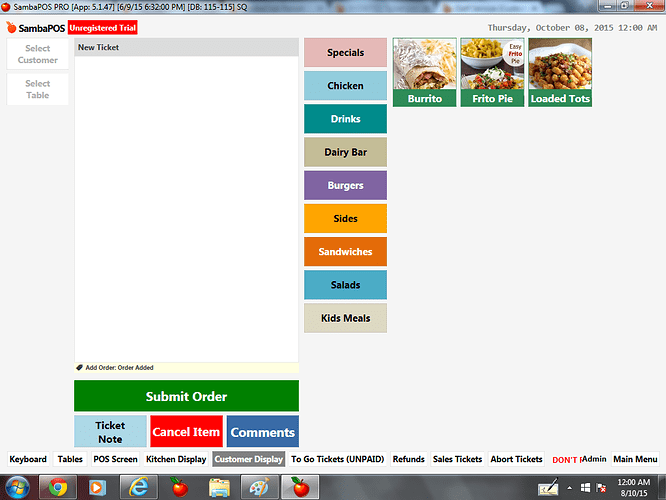 and put them under tocket row 2 but still i ddint get rid of the sidebar ?

Hmm… That was the complete sentence

.>>>> Great. On latest version <<<<< you can get rid of left sidebar by unmapping all ticket and order automation commands.

Do you know what I mean with latest version? It means you’re using 5.1.47. This is old version. 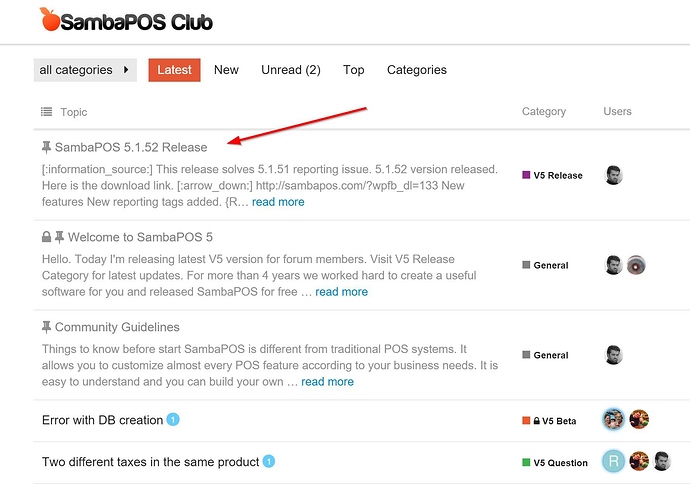 oops slipped my mind thanks

i have run .52 but still i cant get rid of the side bar

i only need to get rid of button associated with this deprtment only right? 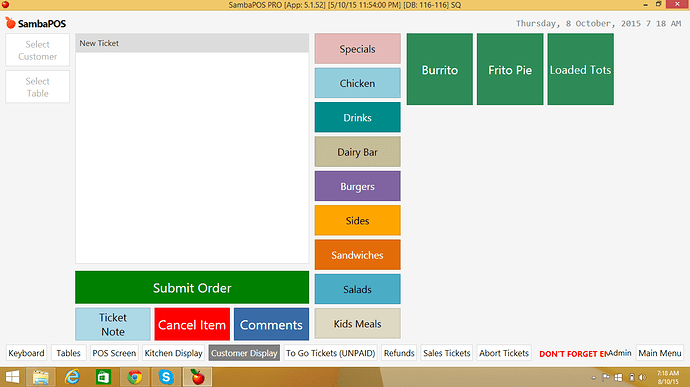 Take customer and tables Out of tickettype

Just wondering how you gonna track which order belong to who? or just ticket number and customer pay right away when order placed.