Set up button to reprint kitchen orders to different printers 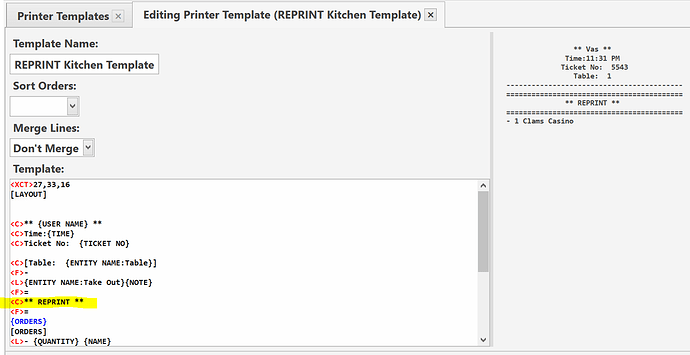 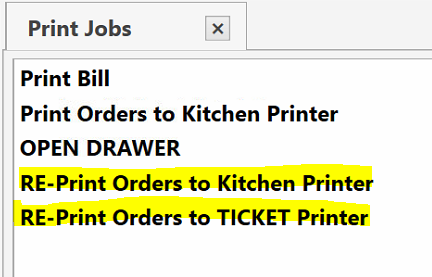 Actions
1- Ask Question Action. (I have this set up as a template and get the info from within the rules) 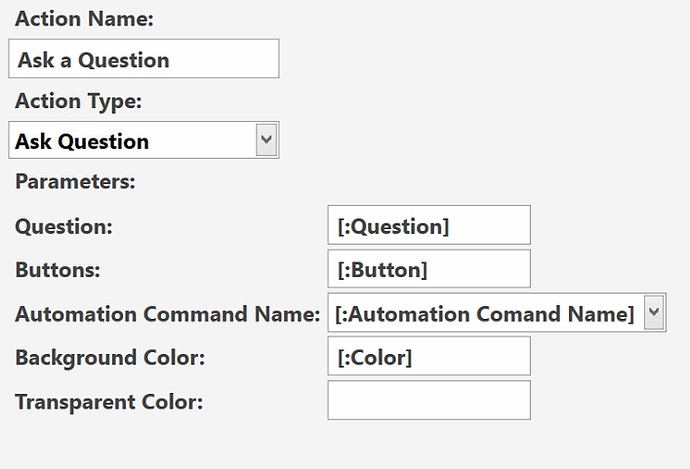 2- Execute Print Job Action for each of the print jobs you are going to use. 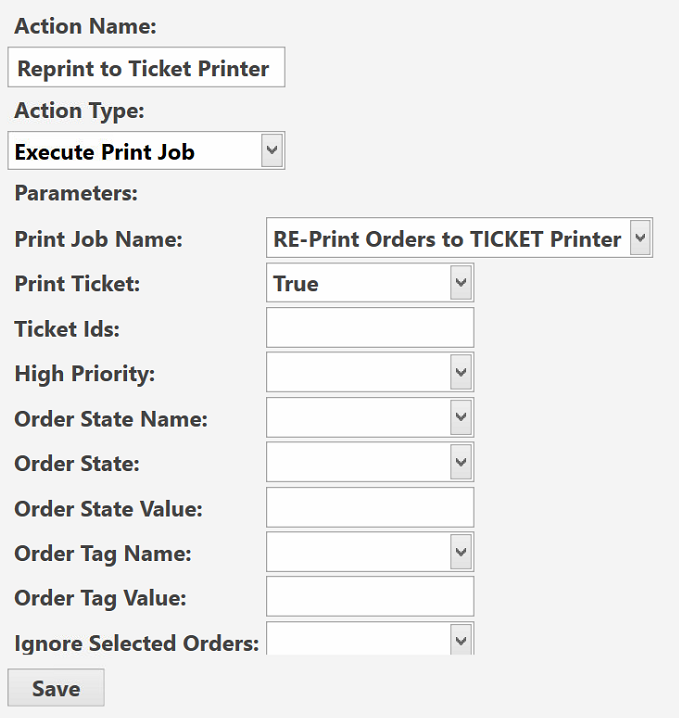 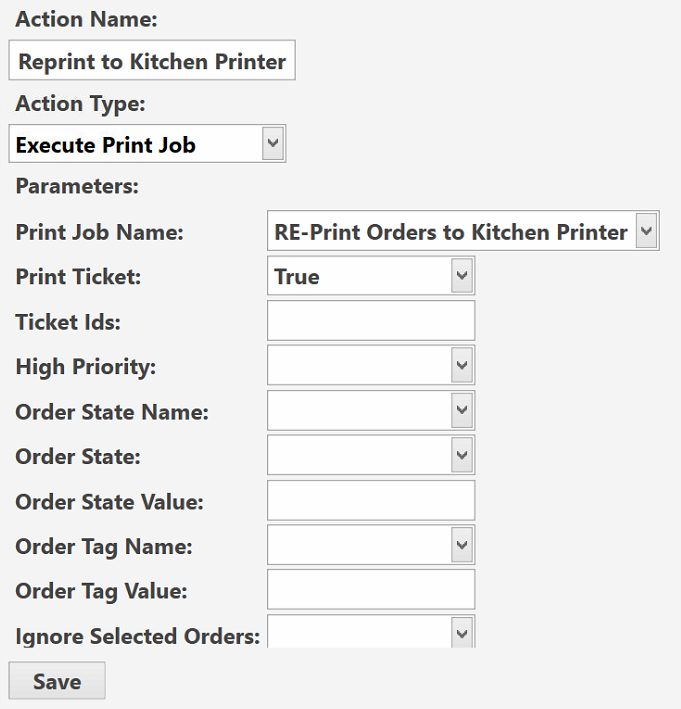 Rules This is the tricky stuff that took me a while to figure out so pay attention!

1- Ask to Reprint Rule and add Ask a Question Action.

IMPORTANT STUFF The AUTOMATION COMMAND NAME is “Reprint” this is what will play an important role in the next steps. 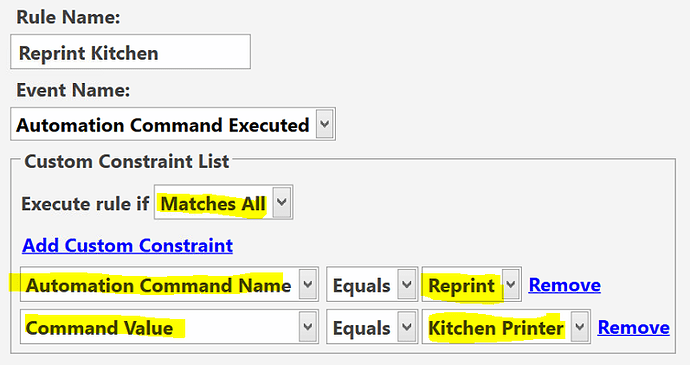 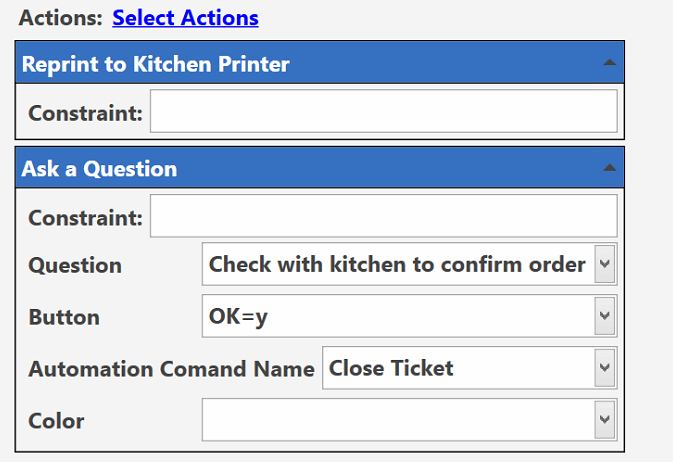 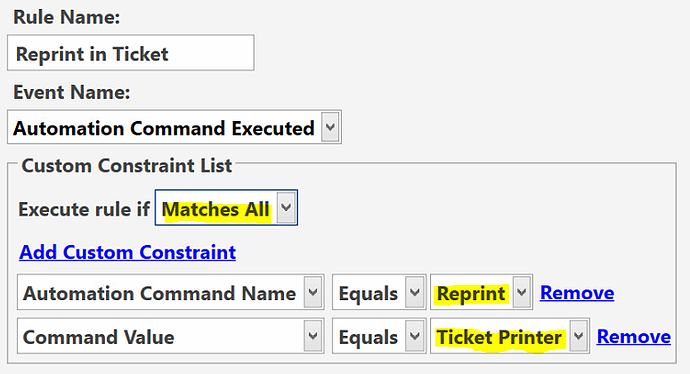 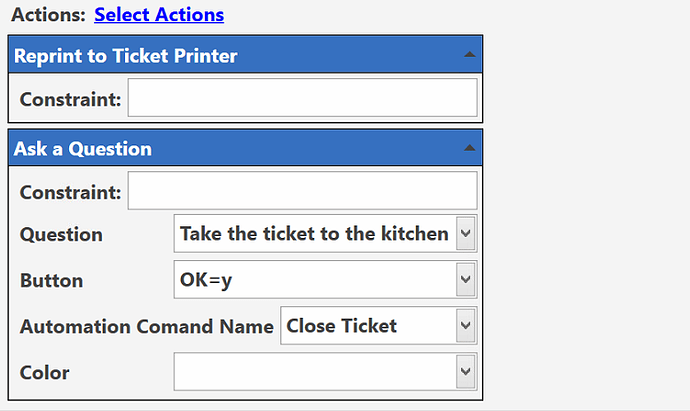 Automated Command Button
Here we make a button that will call the Ask Reprint Printer Rule. 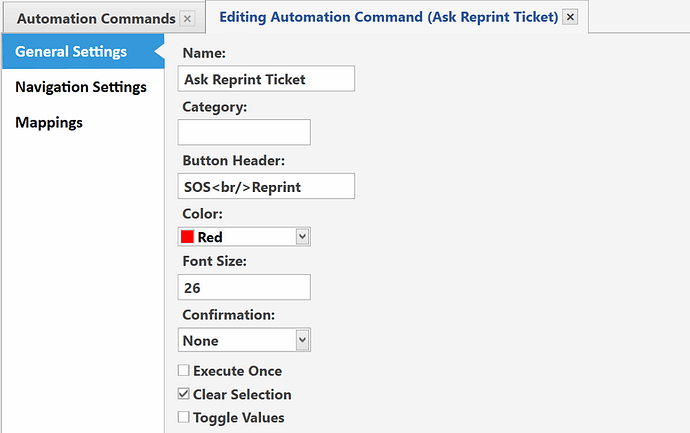