Siry and Silvia and Cortana Order

Hello everyone! someone you never thought to read the voice assistant in the kitchen orders? do you think it is possible?

lol definitely possible. Question is can you develop it. Honestly at this point ANYTHING is possible with samba it’s just a matter of developing it. Realistically you probably will never develop it if you have no professional coding experience. I would imagine it would be pretty complex. But hey it’s worth a try I’m sure people on here will help out if they’re interested

I don’t see that ever being reliable.

I thought about it when I read that post. That would actually be a really cool addition to a Kitchen display. It would never be standalone. The cooks would have the option to turn automatic read new orders. They would obviously have to have the order accessible on the screen also. I could see it helping out sometimes.

Call me an old fogey I guess but I really can not see how this would be useful at all. It sounds neat but in real world I just don’t see it helping.

I did not say that I found it usefull, I just sayed that it would be possible…
I would rather cortana alive talking to me and not to the kitchen boys…

Hello everyone, I would like to share with you how the thing goes … I downloaded this program dimio.altervista.org/ita/ DSpeech, a free program, even for commercial use. Then I did this .vbs script:

Now when the order is sent to the kitchen is saved on a bloc notes named Ordinazione.txt, I created two processes, one that starts this Ordinazione.txt file (enabling automatic eseguzione of txt file with DSpeech and not with the bloc notes) and the other process that starts the .vbs file. So in the actions after launching the press in the kitchen now opens this program that reads the order of a speaker in the kitchen.
I am attaching some pictures 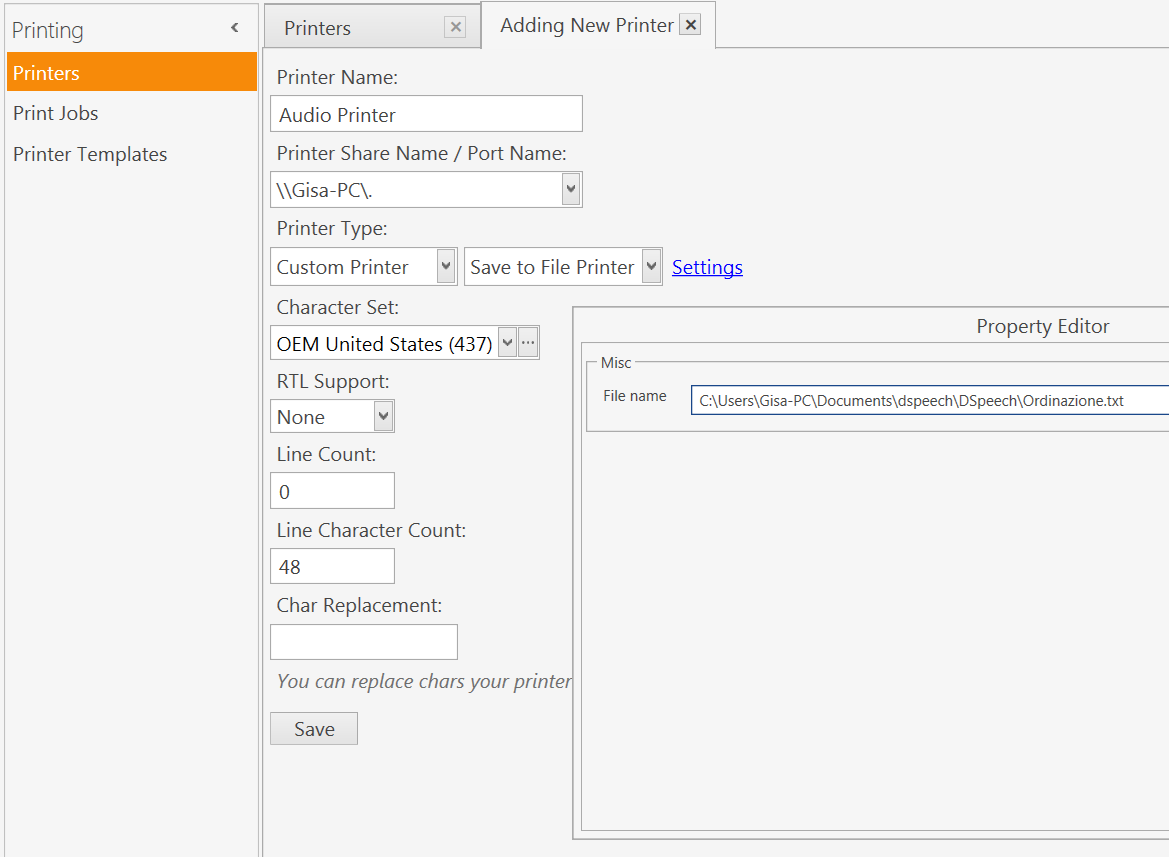 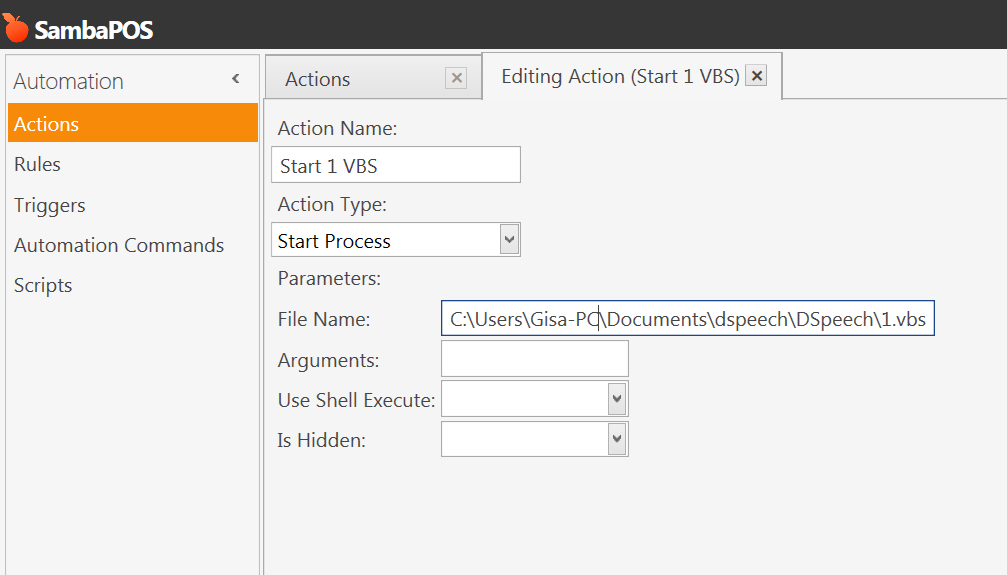 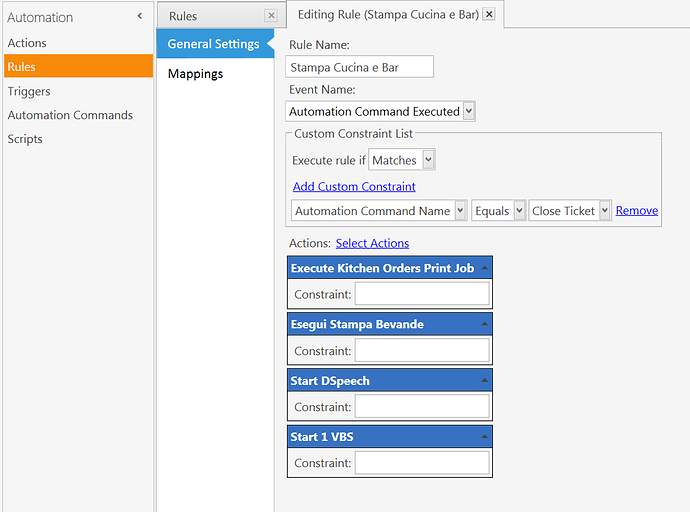 I have a problem, in my restaurant I use an Asus tablet to take orders and send them to the kitchen, the Asus terminal is not used in RDP but has installed SambaPos and works with the terminal server where the sql express database is installed. The terminal where you must start DSpeech is the server, because the SPEAKER there in the kitchen is connected to the PC, now with the above procedure, if you send an order by the Asus tablet is not running the program on the server, but the looking on the tablet. How can I do?

You would have to use the broadcast message action and message received on server. The tablet would broadcast a message and the server would receive it and then execute the system you designed.

you know I do not understand how it works, that is in command I enter the directory to start DSpeech?

After the action that writes the txt file works execute another action that broadcasts a message (some text) to all terminals. When you broadcast a message “Message Received” event executes on all terminals and you can handle it on kitchen display computer to start reading script.

Thanks so much. So I solved.

Read also how to develop virtual assistant like Cortana or Siri - How to Create Virtual Assistant Apps like Siri and Google Assistant
Microsoft encourages developers to use the Cortana voice assistant in their mobile and desktop apps. You can provide the users with an opportunity to set a voice control without directly calling Cortana. In the Cortana Dev Center, it describes how to make a request to a specific application. Basically, it offers three ways to integrate the app name into a voice command:
Prefixal, when the app name stands in front of the speech command, e.g., ‘Fitness Time, choose a workout for me!’
Infixal, when the app name is placed in the middle of the vocal command, e.g., ‘Set a Fitness Time workout for me, please!’
Suffixal, when the app name is put to the end of a command phrase, e.g., ‘Adjust some workout in Fitness Time!’