Previously when i was using other POS system the receipt printing speed was fine.

After changing to Samba POS the printing speed is significantly slower.

Anyone knows how to solve it?

What interface type are you using to the printer? Is it USB, Ethernet or Serial ?

If USB, very unlikely you will have speed problems.

If Ethernet, it could be a network issue.

If Serial, it could be an issue with the baud rate of the COM port, or a problem with cabling. Depending on the length of the cable, you can try increasing the baud rate (note both the PC and printer must match the same baud rate otherwise it will not print properly). You can check the user manual of the printer on how to change the baud rate, but usually it is done either with some DIP switches on the printer or via software you install on the PC. Note though it is not recommended to use high baud rates over long serial cables (i.e. 10m or greater).

using Ethernet interface. But previously when i was using other pos software the printing speed was fine. So i don’t think it is due to network issue.

If using ethernet, the only thing that could cause problem is network speed or some network misconfiguration.

What Printer Type are you using? 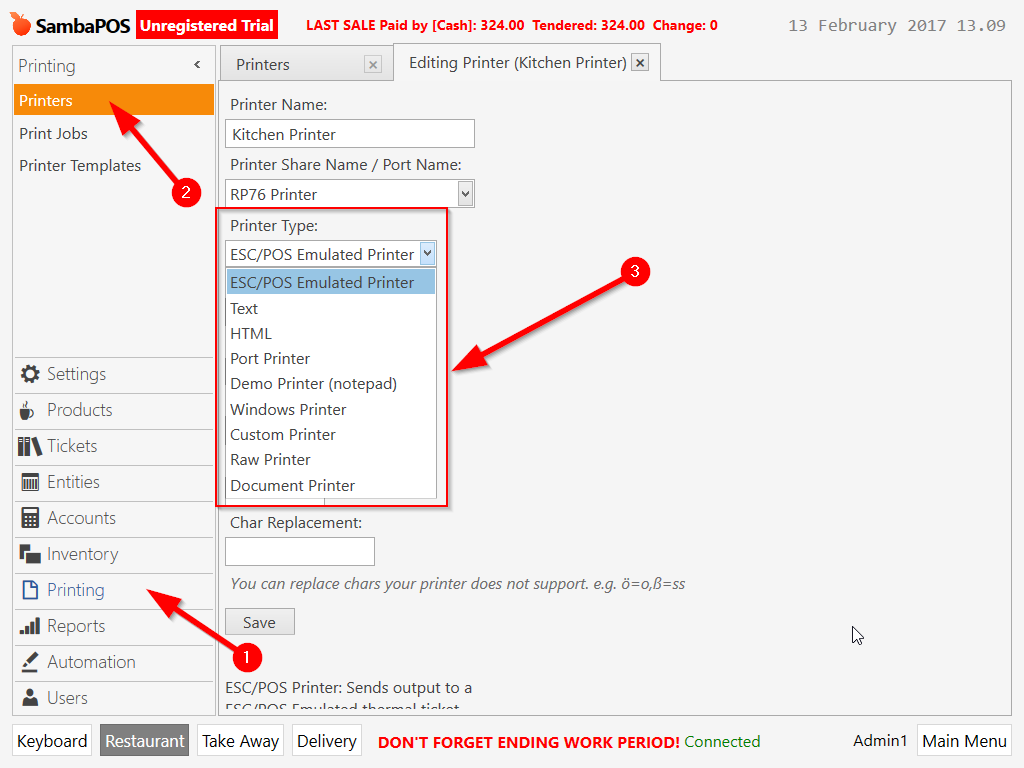 You say you didn’t have a problem with the previous software. Have you installed SambaPOS on the SAME system? Have you reinstalled Windows or made any other changes to the system?

I have used a Bixolon SRP-275 impact printer with ethernet interface on SambaPOS v5 and it prints fine, so it’s not related to the printer or SambaPOS. Its your configuration, or the way you are printing.

You can see it working fine in this video: