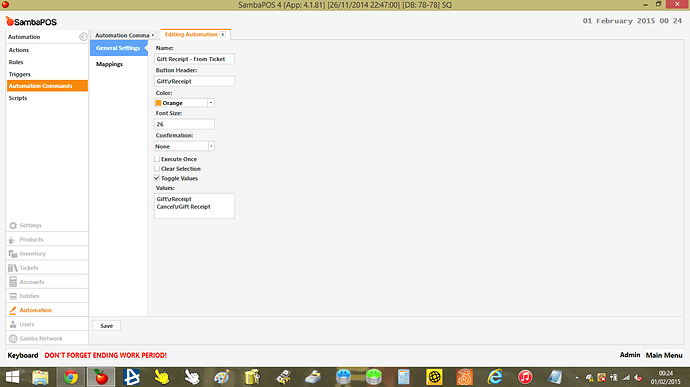 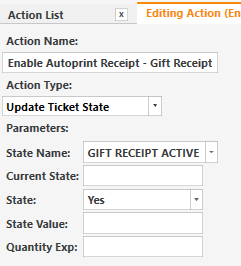 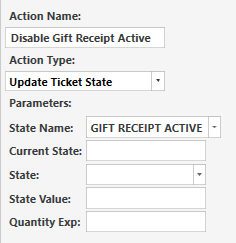 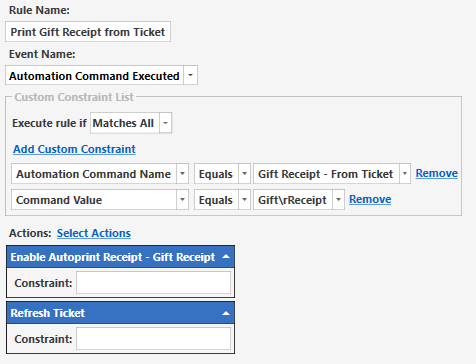 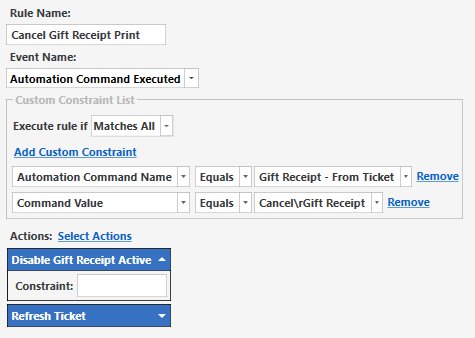 If i use the same actions and have two separate buttons instead (gift receipt and cancel gift receipt) the ticket state updates correctly and there are no issues so i know the actions work fine. when i try to put them into one automation command button and toggle between them this is when they do not work. 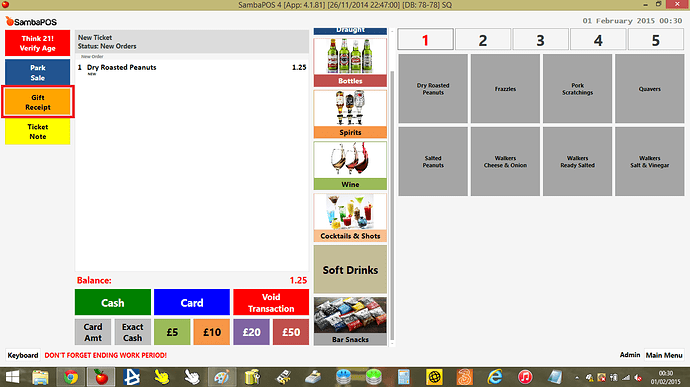 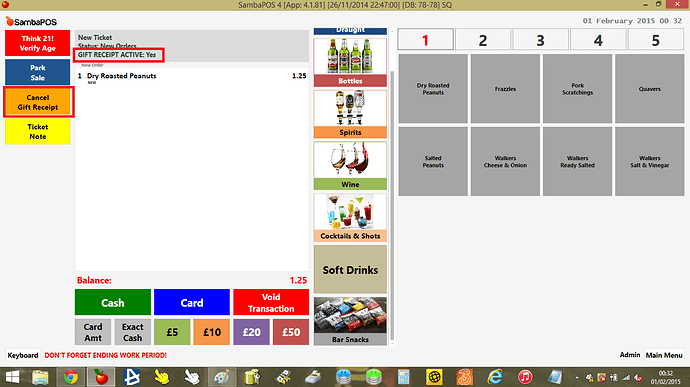 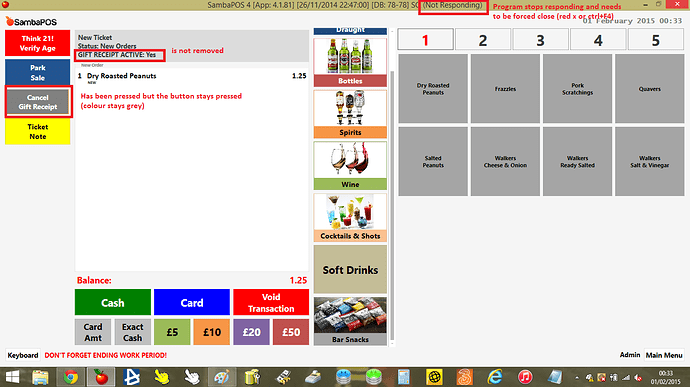 Any ideas why my toggle button (cancel gift receipt) doesnt work and causes the program to crash?

Can you show your actions?

I’m not sure about the reason of that issue but this is not a correct use of automation toggle as it won’t restore latest state. That toggling feature implemented before we’ve implemented ticket states but I’m keeping it for backward compatibility.

Instead you can create two buttons and display one of them as Gift Receipt state changes. Same as we’ve implemented Gift and Cancel Gift buttons.

To elaborate a little more basically you would create two buttons and set visibility based on state. It would look the same as the toggle but like he said it will work properly.

Yes you have. Sorry that’s what I get for scrolling too fast.

EDIT: LOL did it again. Didn’t read all of @emre post.

Thanks for reply @emre ill set up as two buttons, thanks

Try setting its Visibility to

thats works perfect except i only want the button to show on the ticket when a ticket has been created. Can i stop it from showing here? 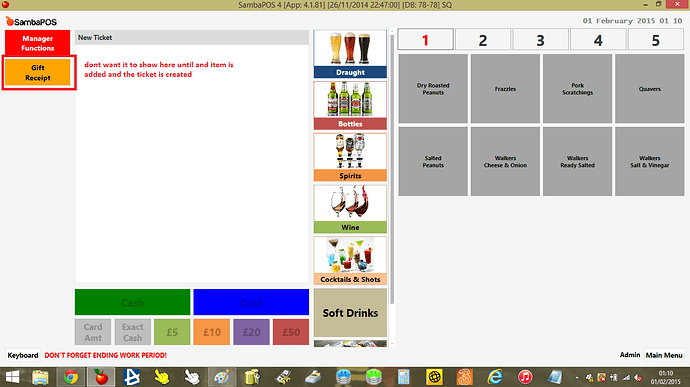 On the other buttons i have when i have an active ticket ive set Enabled States to New, New Orders and they only show on active ticket. If i do the same mapping with the gift receipt button it still shows on the first screen before a ticket is created

still shows in both places

nothing changes, still shows on both

Oh I think its the Gift Receipt Active = throwing it off… try this.

Define your cancel to set it to No

EDIT: Scratch that… you do not need to do this. Instead set a Ticket Created rule and have it set the State to No