Hi, like the topic name said, im trying to create Merge All Button on Display ticket list.
already have a button on each tickets to back on ticket list.

i tried to mod this topic, but doesnt work.

@emre, Is there a way to implement a Print button as per above request? I think, it will enhance printing when we split tickets. Best Regards,

is that possible to get the button All merge ticket ?
ive look in all forum pretty much, cant find any related topic.
for screenshot, like i said, i have the same one to the link above, except print action replaced with merge action.

edit: here my config. (can out only 3 screenshot in a post for now

What are you trying to achieve? Sorry if its obvious, maybe I didn’t understand?

Can you describe how you’ll use it? 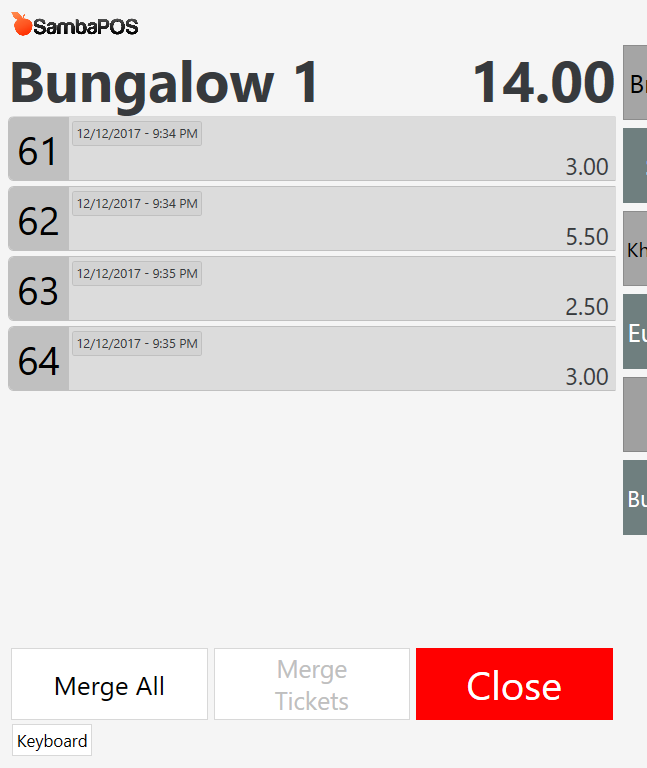 i want merge all tickets, without select them.

You have a button by default its right there… says “MERGE ALL” … am I missing something?

its not by default, i try to get it work

Hmmmmmm I must be forgetting, was sure there was one. Let me check

Okay, so what you want to do is create a loop value action, and another action Merge Tickets, configure it with two rules to fire a loop first and then the merge action of loop values, and probably add a refresh action maybe…

Hmm so I got it to merge them all, now just need to make it show tables again or the merged ticket itself

You can press the ticket number on the left of the list to select all the tickets and merge in one go…
Is that too laborious?

@\JRTech, ive implemented simple reservation tutorial, and mod it to my fit.
its act more like a custom customer account.
and that customers at the end of the month, can have 30 tickets, so yeah a bit laborious ^^
would be much convenient to get my button work.

@\sabat. already create loop value action, action merge tickets, rule to fire loop, rule to merge tickets. like the “tutorial” (i know its not a tuto but more to show how sambopos works, but lets call it tuto).
but its not working.

the fact is: when i get the value from loop value, with a display message, they appear one by one, not in a single string with comma separated. for print action that would be good, but i think i must get it into 1 string to pass it to my merge action, so that can merge all tickets.

i can give screenshot if need, but its really the same one as the tuto …
except, again, the print action, i got a merge action with [:TiketIds] as parameter

What expression at you using to get the list of locket ids?
You might need to add a suffix to the report expression to comma seperate.
If merge ticket action accepts a csvyou don’t need the loop, you just feed in the csv list into the action…
The loop actin/rule is purposefully built to feed value at a time, you probably don’t want loop, just the list into the merge action.

Yea i got it, just need to get the correct way to say:

[:LoopValue] + 1 … I am guessing something with =TN @JTRTech?? Seems like you’re better at that.

i used [:CommandValue] like in the tutorial
well ok, 2 min, will take all necessary scrennshot, will be more convenient, instead to go on the other tutorial

Loop value +1? I’ve not looked at the linked post but @anon68918697 yes you use command value in the loop value rule but you would have had to used some form of report ticket details expression to generate the list to input into the executed loop action surely?
If merge takes ticket ids, you should be able just to forget loop value and just drop the list into the merge action.

So here it is, its almost as the tuttorial but with slight changes:

The one extra action to make it show the ticket after being merged: 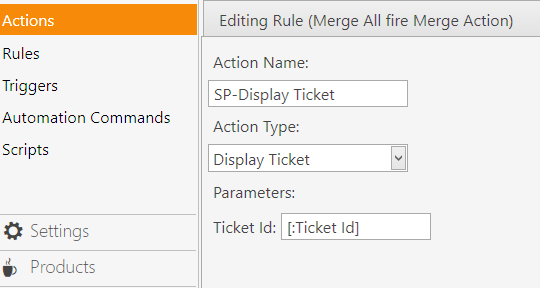 Then this is how my two rules look like. 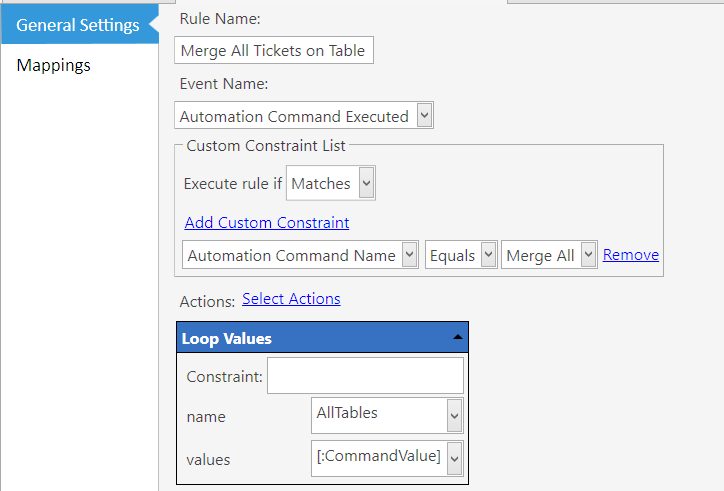 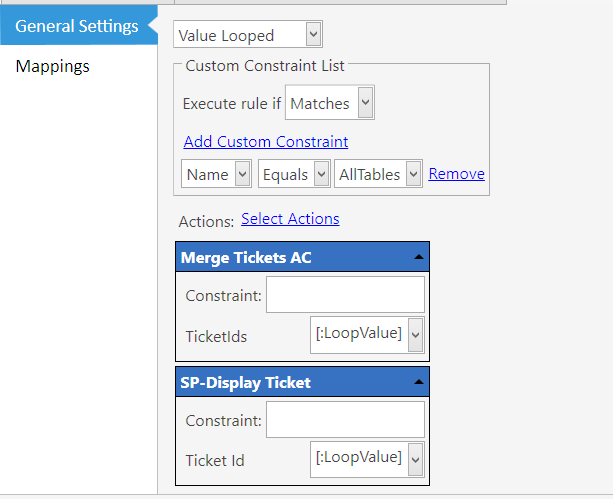 I have an error on last part, it need to be [:LoopValue] plus 1 … because the ticket ID after merging will be the loop value plus 1 …

So the list some direct from the ticket list automation command?
Have you tried just putting that straight into a merge ticket action?

looking to compare ur screenshot to mine

what is the syntax to get the list ? something like [:ListValue] m its not thqt i know , xd

I tried with just [:LoopValue] that gives me the previous closed and merged ticked id.
i tried writing it [:LoopValue]+1 and that doesn’t work, just opens a blank entity … hehehe

So the issue now is not the merging really and just a display issue, I haven’t worked with writing these parameters in months, I need more practice

omg, so simple, that work like charm.
need to display ticket after, but its ez, and sabata already post the action (almost :p)