###Prefixing all automation items while exporting with db tools. 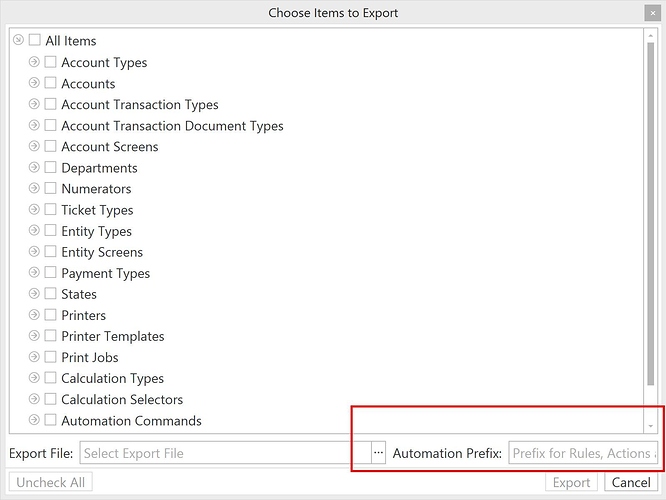 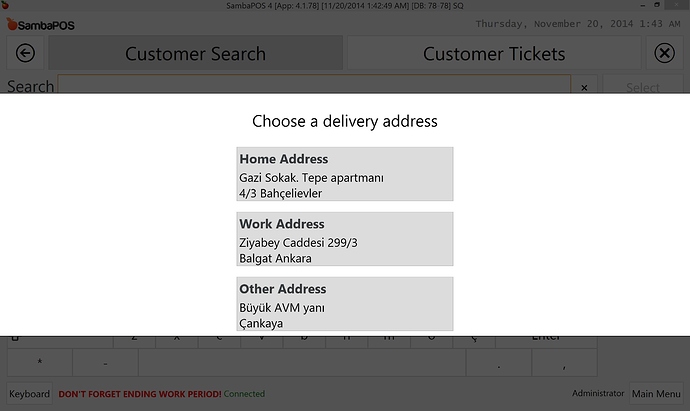 You can append description to button labels with # sign. So the generic syntax is.

On this sample I’ve used this syntax for displaying customer addresses.

Important: As we separate buttons with comma (,) char I’ve quoted each button as some addresses may also contain , character.

WoW very nice @emre was not expecting that. 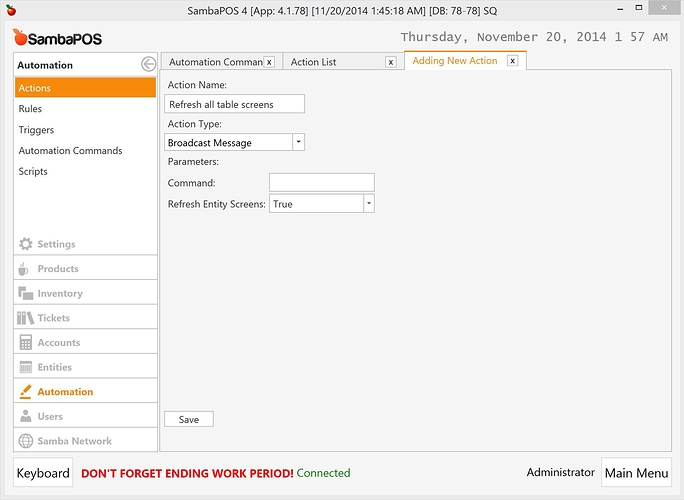 This feature is needed for a tutorial I’ll release on next update.

For example we may want to automatically change table color to red if a new order not entered for an occupied table for 45 minutes. As that command will run in the background we’ll need to use broadcast message action to update all terminal screens.

Let me give an example. We’ve created a ticket for Table A1 from Terminal A. If no new orders added in 45 minutes table color will turn red to inform waiter. However if new order added for Table A1 from Terminal B, Terminal A should know that and abort delayed command execution. Message server does that synchronization so running message server is essential to be able to operate delayed commands feature correctly.