SQL Server 2012 Express Edition, limited functions in rules and actions in V4, excuse why? this happens?

SQL Server 2012 Express Edition,
limited functions in rules and actions in V4, excuse why? this happens?

Excuse me for my bad English.
I see limitations in the following rule and Action.
I hope the image speak better than my English 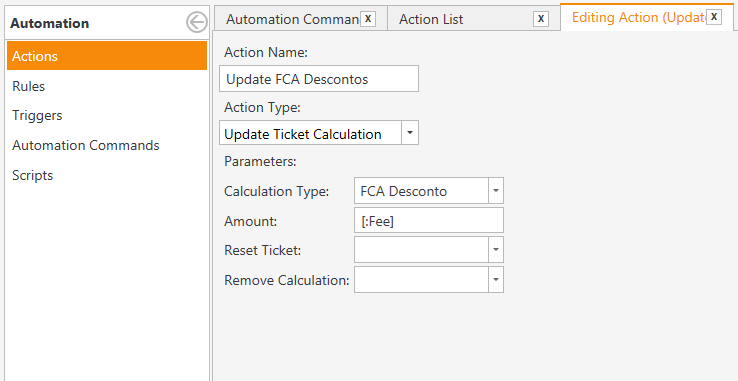 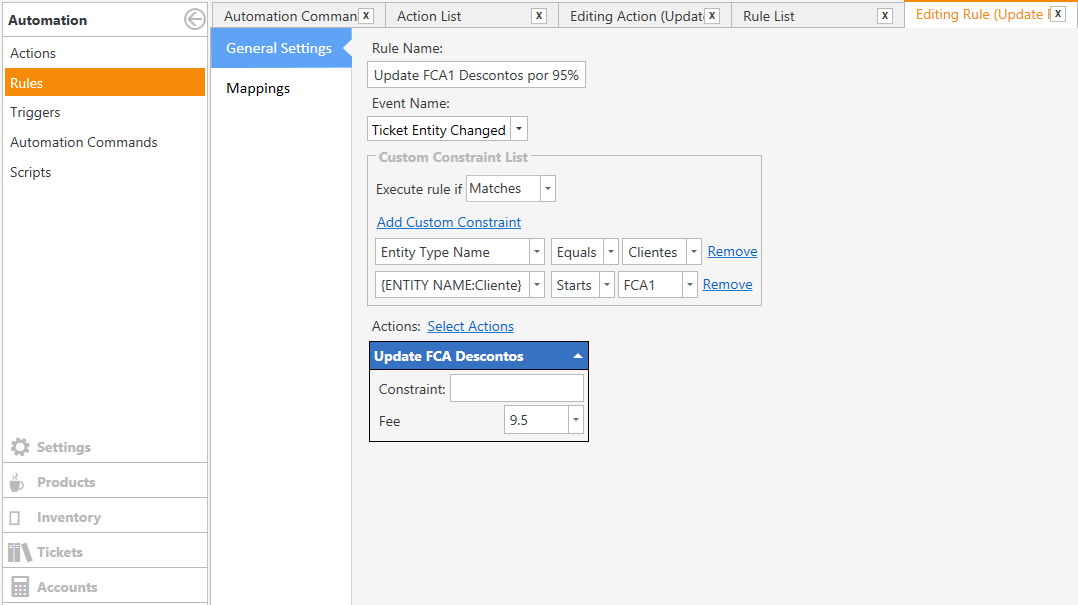 What are you trying to do with that action and rule?

I am trying to select a certain group of customers for different discounts:

So you made no changes at all in SambaPOS you just upgraded to SQL server 2012?

yes, it was just upgrade to SQL 2012.
I tried to install earlier versions of the V4 where I had created the actions and rules, but still not succeeded.

Some automation also simply disappeared, Such as:

Did you go to Samba Market and make sure More Ticket Actions is activated and installed? Also go to Settings > Program Settings > Maintenance and click Rebuild Default buttons.

Not sure if {ENTITY NAME:Cliente} Starts FCA1 is correct but I could be wrong it just looks odd to me. Of course I do not know much about your setup other than what you have shown us so far.

Thank you, the question of the buttons of automation returned to work perfectly.
Thank U.

As the issue of group discounts, still without solution.

a few minutes to transfer the database to another PC with SQL 2008 this was fine with the same version of SambaPOS.
but not in SQL 2012 this worked.

Customers in this case are the official of the University.
divided into three categories for wages.

The government of my country pays the rest for them.
There is a state of the budget for that university.

This was the setting Unica I could do to automate discounts
and trace the employees.

I do not know if this is the way right? but it worked like this: 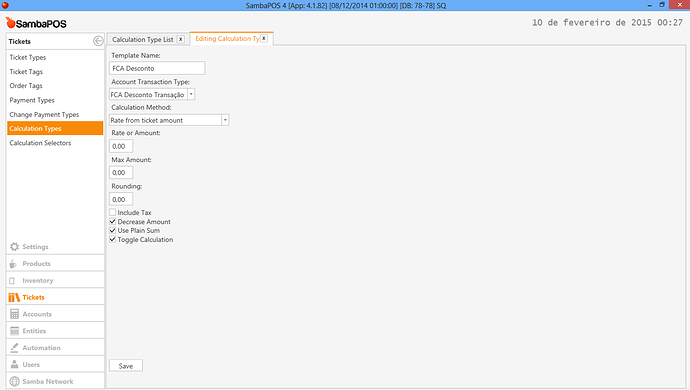 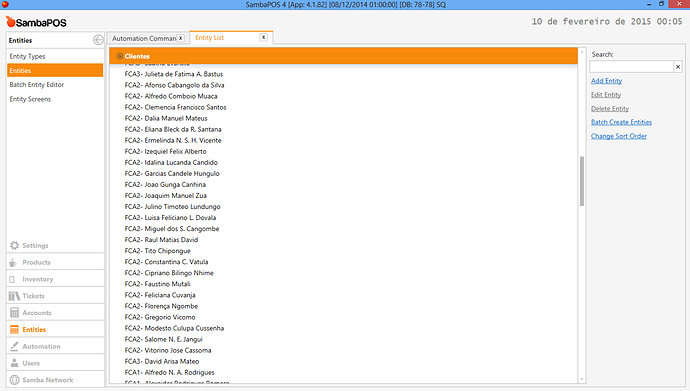 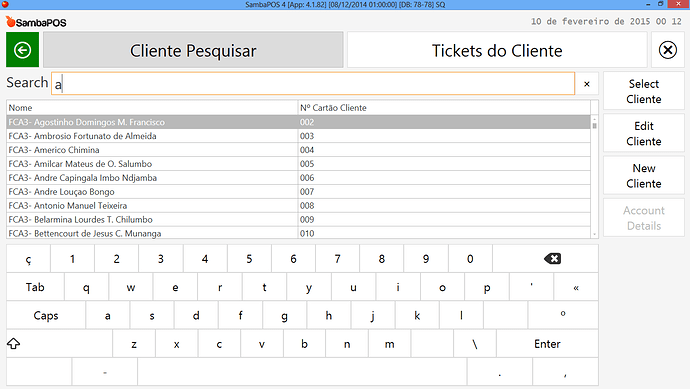 If I Was functioned as the SQL 2008 already could appear discounts below. 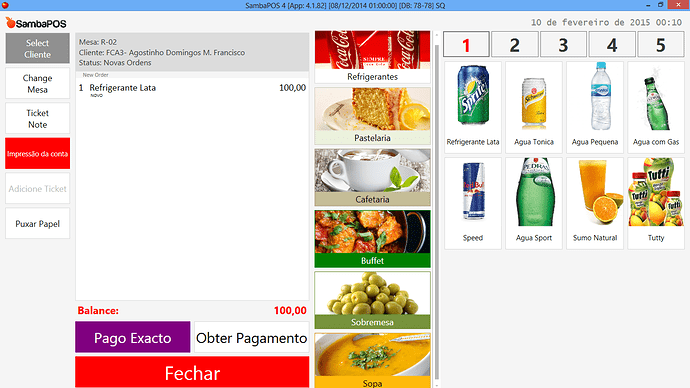 hello kendash, I deleted the rule action saved and repeat all over again, still does not work.

there other rules and kids that I can use to obtain the same function of discounts?

There must be something that went wrong because SQL express 2012 does not limit rule functions.

Check your mappings for your rules make sure everything is mapped.

Emre, as I disabled the Toggle Calculation, but still not solved the problem.

I can send to you guys a copy of my database?

Put a Show Message Action in your Rule so that is displays a message to ensure that the Rule is firing. 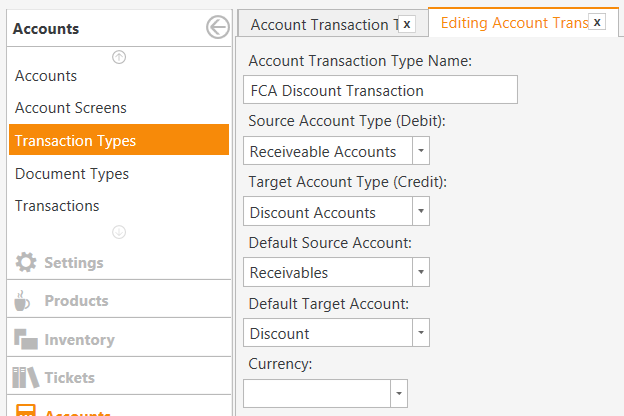 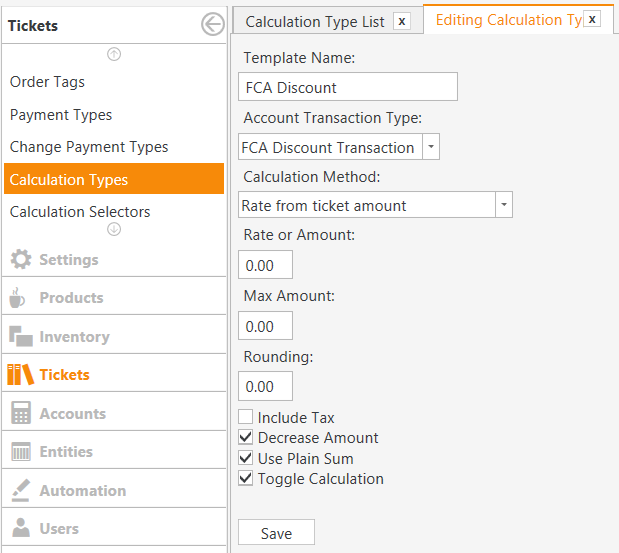 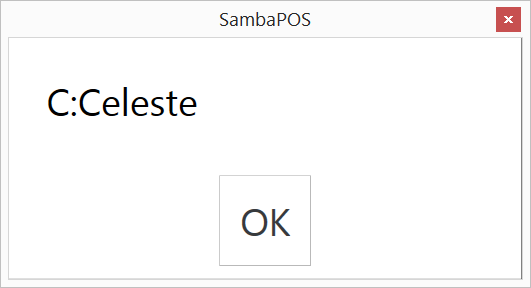 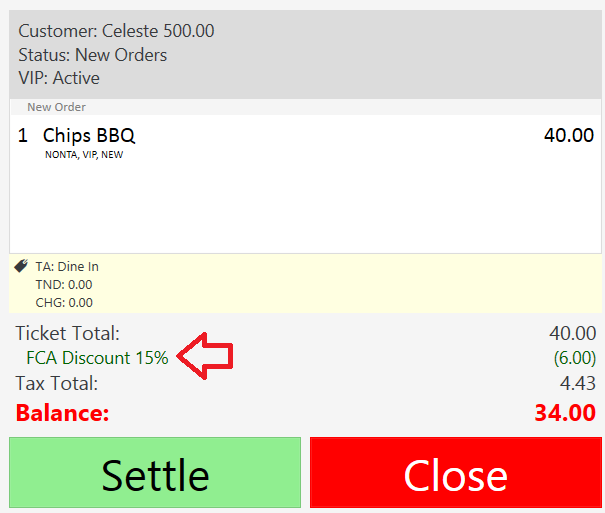 The rule does not working, what can I do? 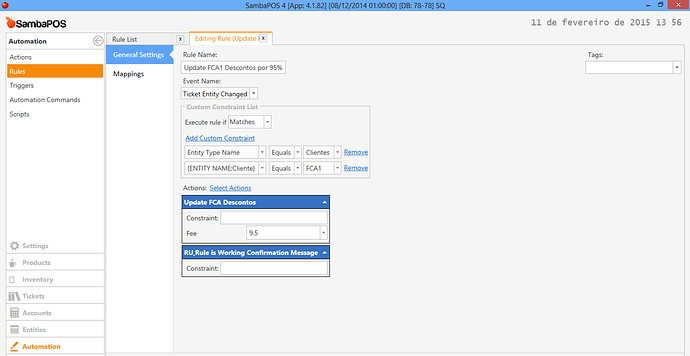 Also, do you have a Rule to handle removal of Entity or Change of Entity to reset the Discount? If not, you should make one, for example… 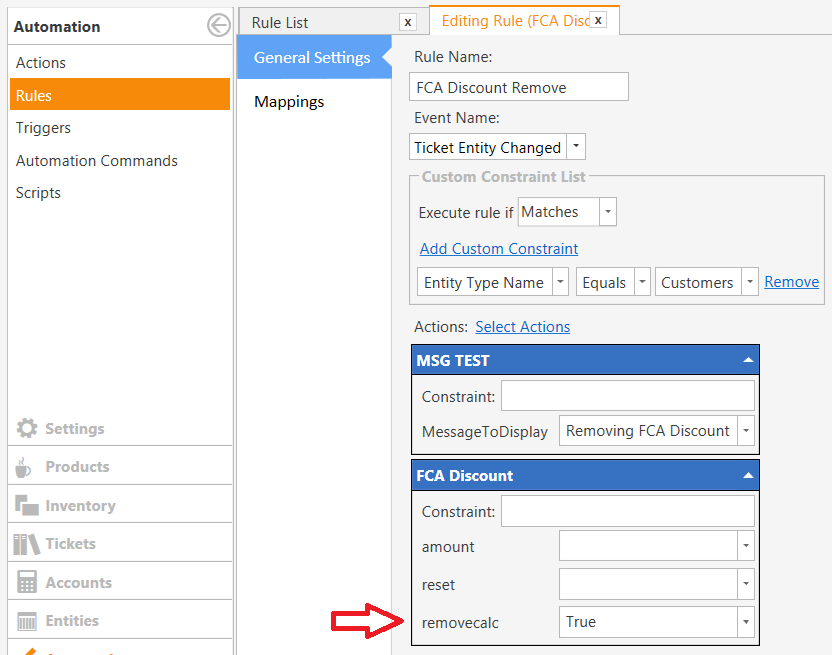 What Is Entity Type Name? Cliente or Clientes