Could you tell me if there is a possibility to strike-through and change the colour of paid items (over the payment screen) on tables.

I manage to mark every item as paid but not only the items that are already paid. 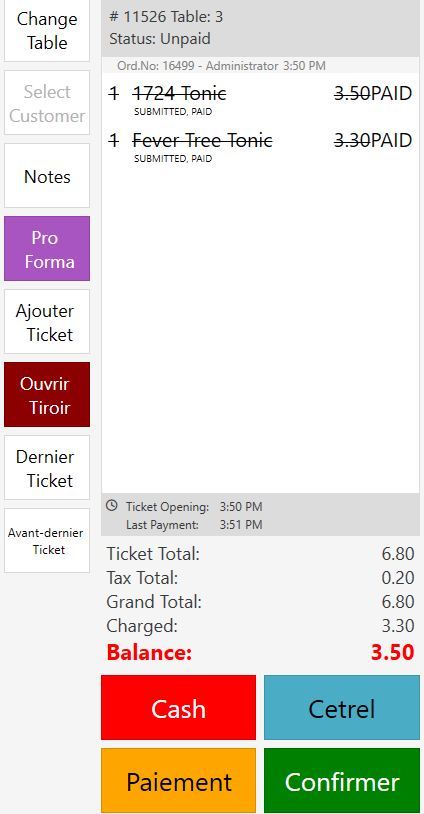 Payments are Ticket-level, not Order-level.

When you take payment via Payment Screen, you are taking payment for the Ticket, not individual Orders.

How do you intend to specify/determine which Order is being paid?

Mmmmm. You can pay at a ticket level when you enter an ammount… But when you select orders at payment screen you are paying at an order level… So… I think it could be possible…

I don’t think it’s really selecting them. It’s just using them for amount to be paid on the ticket.

Look at the advanced split payment tutorial for v5 it might give an idea of what you can do.

Thank you. I will take a look a the tutorial.

I don’t think it’s really selecting them. It’s just using them for amount to be paid on the ticket.

You say that kendash, and I thought similar… HOWEVER try this…

Settle ticket with two orders.
Select one
Tender that amount
Close payment screen
Settle ticket again
The one you selected shows with no value…
And this carries after ticket close…

Its defiantly logging payment against an order in some way, maybe we can utilize this somehow…
If not would be good if we could.

Interesting, thats inspired a better alternative for my pms project over limiting payment by room to whole ticket only…

Hmmmm, seems to be a small table only holding paid items in tickets not yet closed PaidItems

@emre any chance of a way to piggy back on this?
I would like to add a state of RoomPost=Posted to Room:02 where 02 is the value for the state.
I am currently forcing the use of Post to Room to {TICKET TOTAL} for minimum and maximum amount on payment processor as was the only way I could work out to ensure orders were either posted to a room or as part of the end of day transfer script.
However thinking about it that would leave a loophole of tendered amount still being usable so forget that…

Interesting. The [PaidItems] table is usually empty. I assume it is cleared when a Ticket is fully Paid.

But it does retain records that are selected for partial payment… 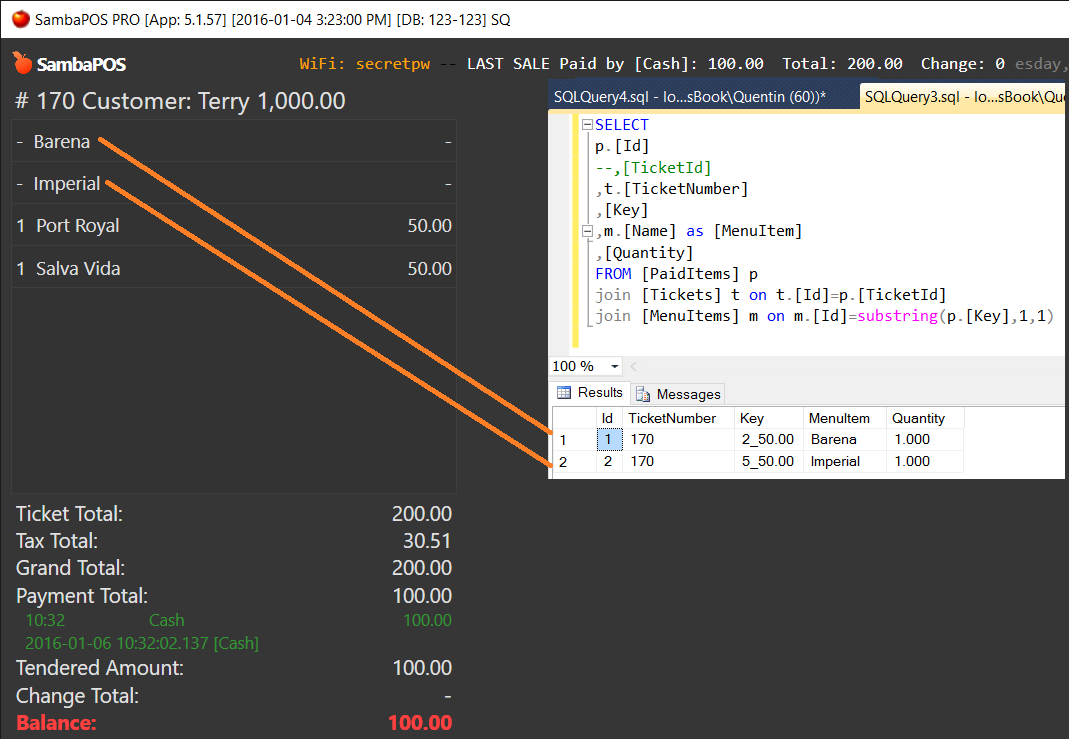