I have an issue with switch user, everything works fine if the user isnt admin or the user role doesnt have admin ticked. when logging into the POS the main POS screen loads as these users dont have the setting enables to see the navigation screen

If the user has got the navigation screen enabled, when logging into the POS the screen doesnt load properly and the menu buttons dont show as below, as you can see there is nothing on the right hand side 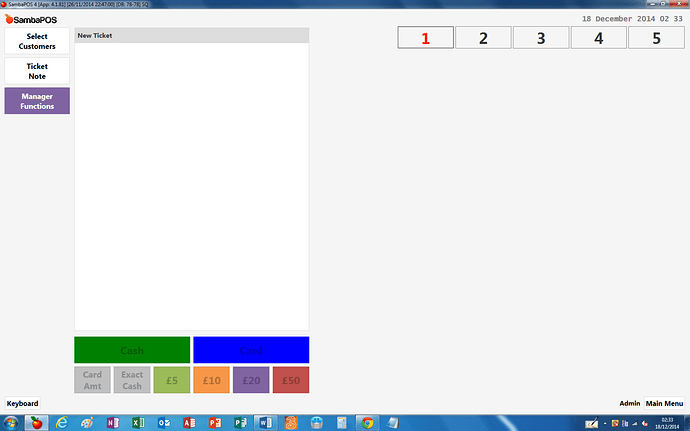 This is what it should look like, and to get this screen working i have to press the main menu button, then enter the POS again 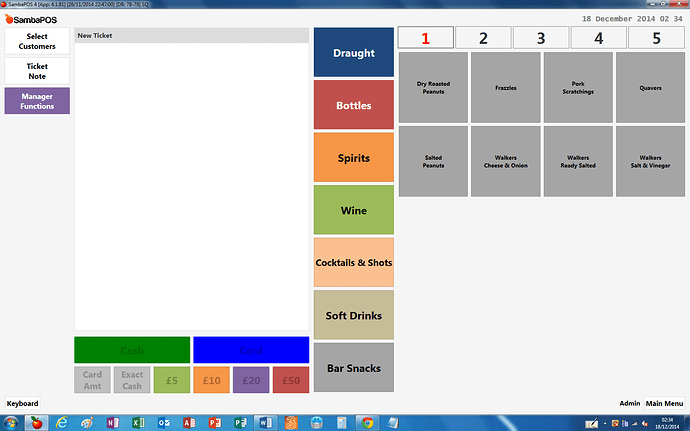 Is there a way to ensure the POS screen properly loads when an admin user logs in?

What do you mean by Switch User. What exactly are you doing?

So when the user logs back in their POS opens straight up to their ticket that they were working on, perfect! however is the user is an admin im guessing because in this case the main menu screen loads before entering the POS this is what causes the POS screen to not load properly. if the user doesnt have access to the main menu when they log in it goes straight to the POS screen anyway and there isnt an issue with the screen not loading correctly

That would be correct. To be honest I think it is a bad practice to allow admin to settle tickets etc. That login in my opinion should be for administration of the POS software and not an actual login for business function. Or it should be restricted to being used just for approvals etc. Personally I think it would be bad to have Admin opening and closing tickets and switching users like that with Admin’s is not the wisest choice.

You could solve this by using regular cashiers and only they can switch user. Admin would be for approvals or special functions but shouldn’t leave tickets open. You can also allow a user the ability to approve admin pins…all without having to use an ADMIN account to create tickets etc.

If you have Admin accounts that you do not want other users access too then wouldnt it be pointless to allow the switch user function with an admin account? It probably shouldnt be used for creating tickets to begin with.

i wanted it that way as my login would be an admin user so i can do everything with 1 login, without having to logout and have a separate admin login to use, just for simplicity and ease

thats a good point! ill just map that rule to work with no admin users

I can understand where your going. You want more controls in place with register style functions similar to how big retailers and some chains do.

SambaPOS can certainly support this but I do not think its meant to be used this way out of box and most restaurants do not use a POS in this regard. It is mostly reserved for Retailers where they have till accountability and way more transactions that require more controls.

Maybe I should look into it some more but I feel that keeping the users as simple as possible it makes a smoother less complicated restaurant to run. By that I mean sharing one login for cashier, one login for waiter etc and using Entities for the actual tracking instead of users.

I wrote my timeclock contrary to what I just said. But I have changed it recently and I am experimenting more with Entities vs actual Users. The reason I feel Entities are a better potential solution is the fact that I can add my own fields to them and it can be tracked. Users I am restricted to just the role options.

on that, im trying to set it up so that when a user logs in it automatically assigns a staff entity to the ticket by them entering their staff number, any ideas how to do it?

Ive tried using the login rule with change entity actions linked to the Employee Number field on the entity but it doesnt work. it does work if i use a button and the same actions but not when logging in

Take a look at my timeclock implementation. I have it assign the user as a staff entity automatically. It uses Ticket Created event. 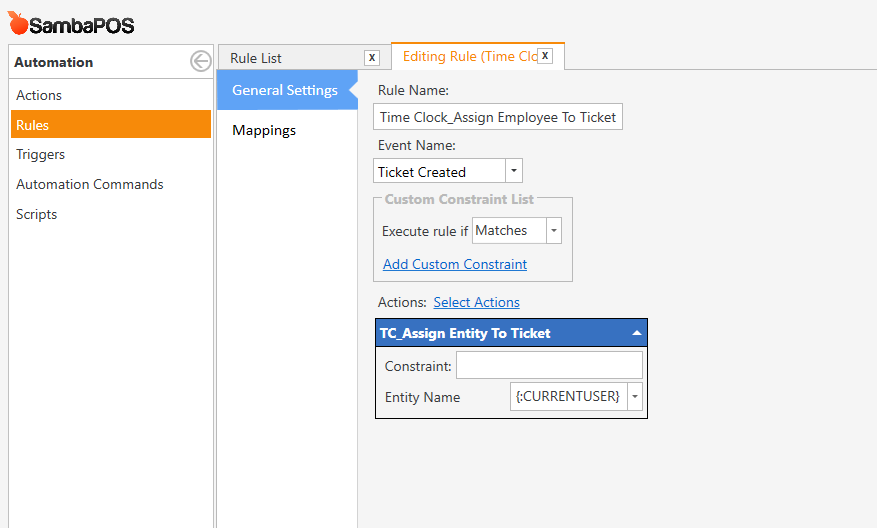 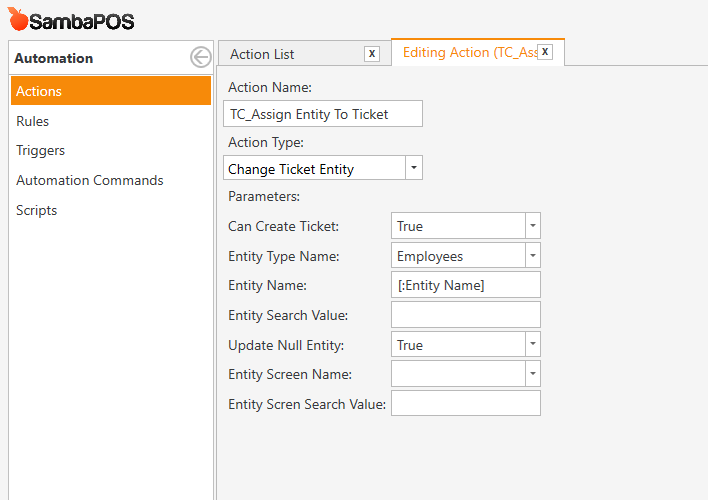 Keep in mind this was with linking users to employee entities which is why {:CURRENTUSER} works. Also its important to have Update Null Entity as True because there never was an entity to begin with.

thanks ill try that, looks simpler than what i was doing, i did get mine working but as im using employee number for the discounts thats why mine wasnt working properly

Keep in mind you will need a constraint if your using it for discount reasons. Otherwise it will add the entity to every ticket even customers

perfect just what i was trying to so, yea i now need to look at the discount side again as when im logged in it adds me and automatically adds the discount too

Had a quick change with discounts but needs a little more work but the auto loading of staff entity when logging in is brill!! Its even fixed my screen switch issue when staff discount is 100%