I have setup tables in entites and when I go to POS I see the tables but they display no number on them, when I press them than I can see the table number in the order screen.

Can someone please help, I have been searching and trying everything, maybe confusing myself.

Show your setup please. Show the Entities, and your screen etc. 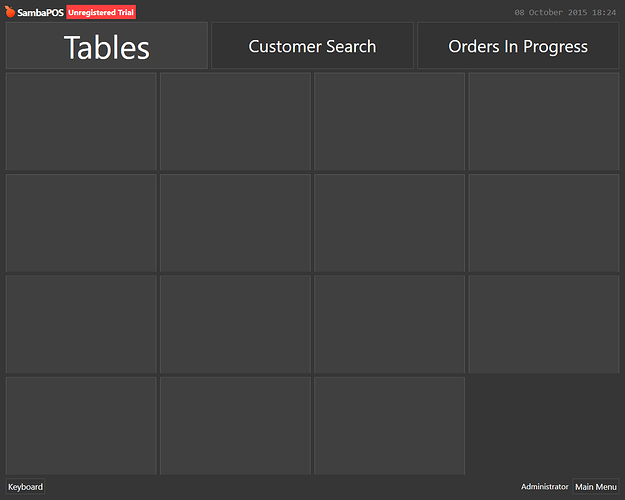 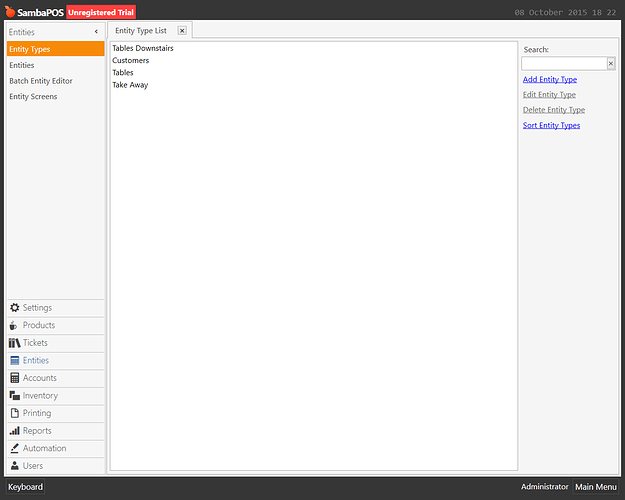 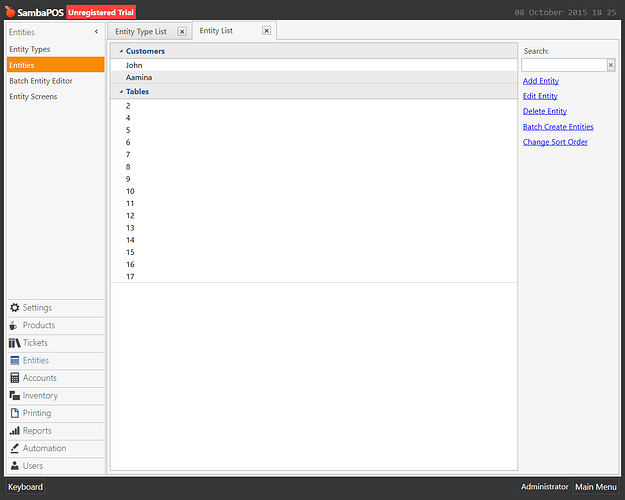 Here you go, See the boxes are without names on the tables. Its all a mess but I am trying to understand everything. 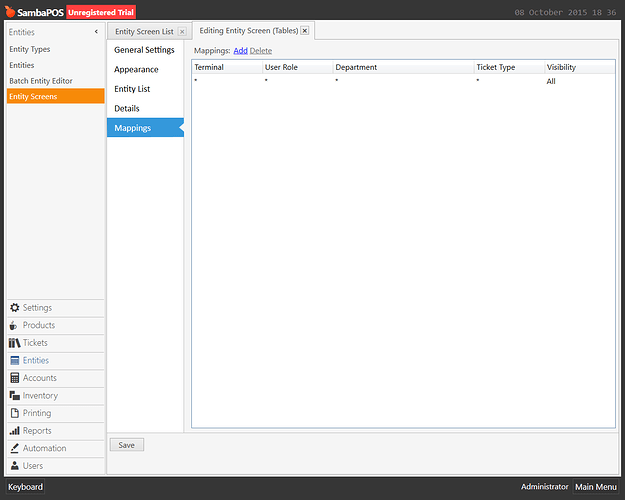 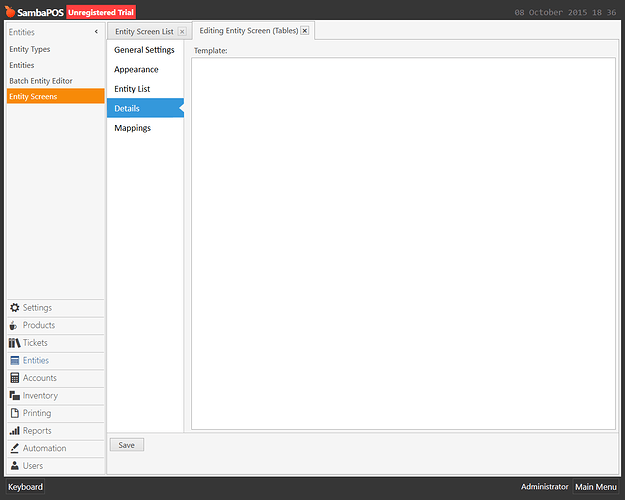 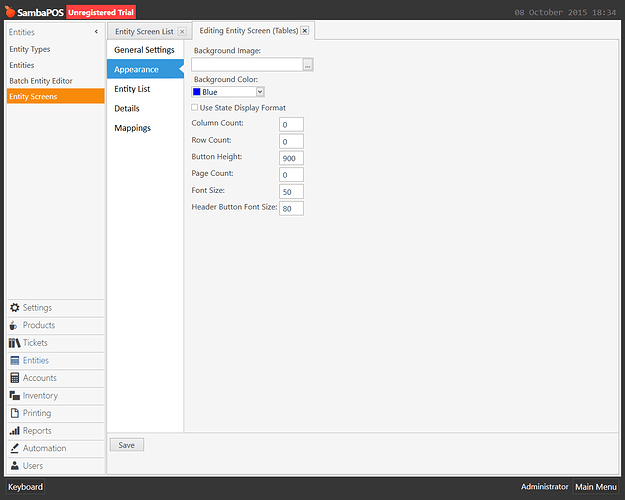 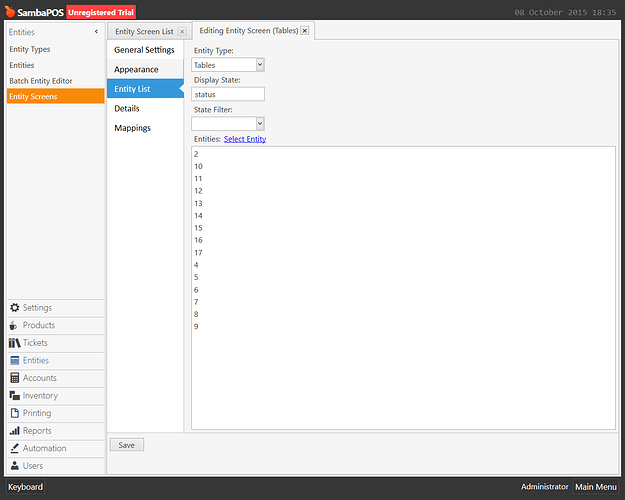 Go to Settings > Tickets > Ticket Types and then make sure for that ticket type your Tables Entity type is added. 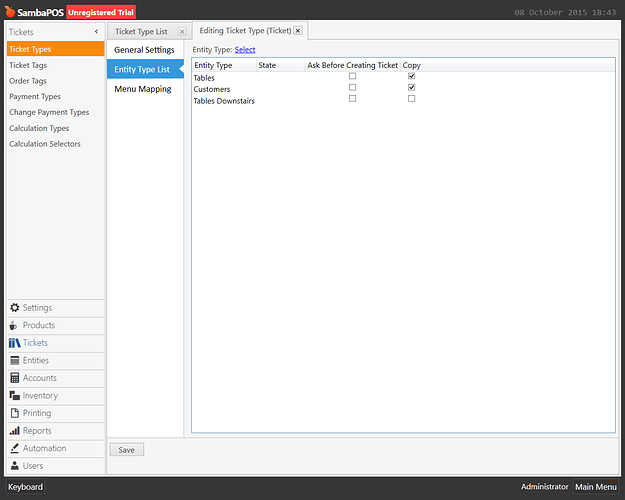 It may be a display bug but try clicking Tables button at top of screen.

Where is that located please, at the moment its a crystal maze in time will be my back garden.

I did it that a few times after making changing to update the section, but does not display any table numbers.

Ok in your screenshot for Entity Screen and the Appearance Settings. Set them like this. 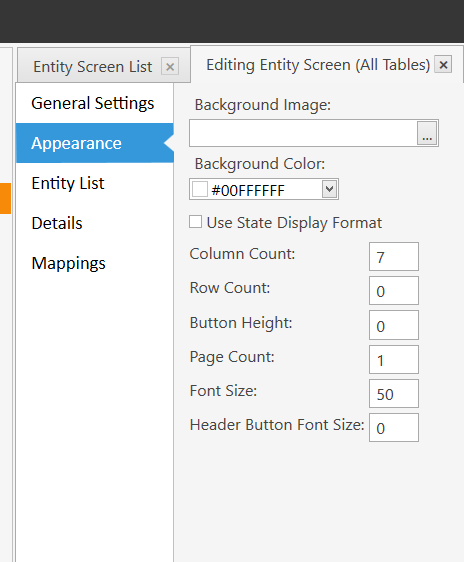 Save it then logout and log back in then go to it and press Tables button.

I reloaded a fresh database to check original settings again and it still showed empty tables but once I pressed Tables button at top of the screen they showed back up.

You may need to look into it.

Okay done what you have said I still have empty boxes.

No luck its something to do with display bug. I brought it to Emre attention maybe he can look into it.

It probably has something to do with your Button Height of 900 being way too large for the scale… and it scaled the Text outside of the buttons display range… I reproduced it once but I cant now. So it more than likely requires a specific sequence for it to happen and you stumbled on it.

OK I reproduced it again lol. Its definitely the height of 900 being way to large. The numbers are there but at a height of 900 you cant see the numbers because the screen is scaling the button back down to fit. THe number is cut off from visible portion of button. Set the height to 0 so it always makes buttons fit screen.

Thank you very much @Jesse for reproducing the issue. Having a smaller number better visualizes it. Hmm… 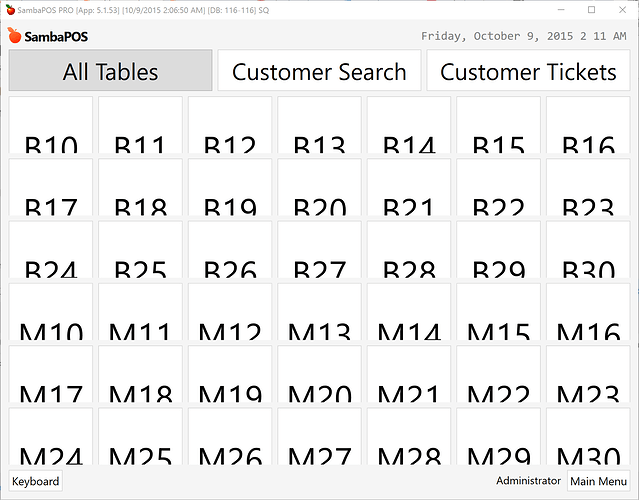 It baffled me at first… i couldnt figure out how I caused it lol.

I don’t know why we need a button height there. I think it is useful to fine tune 4’’ screens.