There seems to be an issue with Tag Order action.

It just doesnt seem to pass on prompt field input. 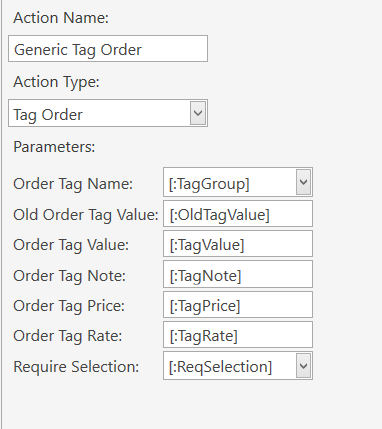 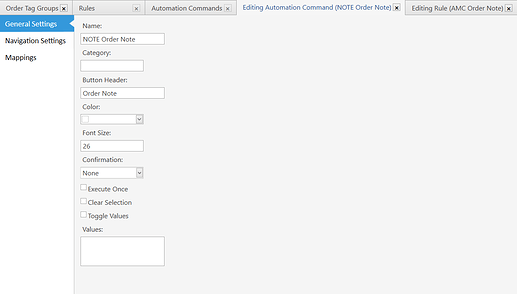 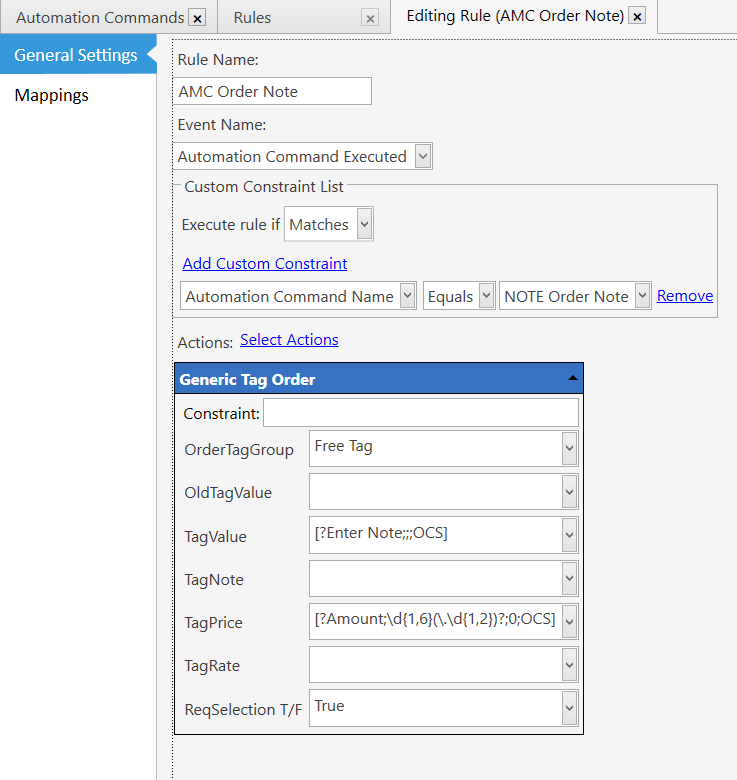 Field value/label I reconmend having a space in the label/field name is action square brackets.
It is sometimes posible to cause a very tricky to debug issue where the label matches a built in rule variable.
Ie [:CommandName] as this is a built in variable in commend executed event which would result in the rule instance being bypassed in initial processing using the value from the rule event rather than the value given within the rule action instance itself. Hard one to explain.

The other is can see that your required field shows a different name in the rule instance than in the action setup.
Actions are like a template for rules, once added to a rule the action template is kept in the rule setup meaning editing the action setup is not always resembled in the rule, this is not a solid 100% definition of how it works just only way I can explain as you will find many things are reflected as per update, I beleive its more related field carring like this.
Anyway, the verdict is you should refresh the action in the rule by removing the action from the rule, save, close reopen the rule and add it back in.
While I can’t say that is your issue it may be

Also, your flow is doable, I have same setup for a freetag prompt in my system, although live dB is not on latest it should be doable,

Looks like the action was changed and not updated In the rule. I use this method for custom order tags. It definitely works. 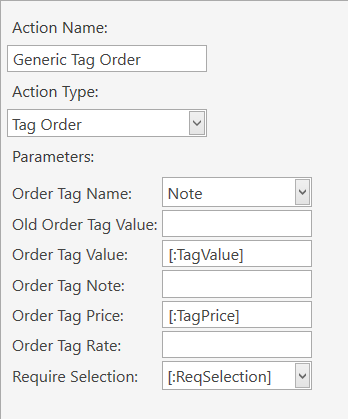 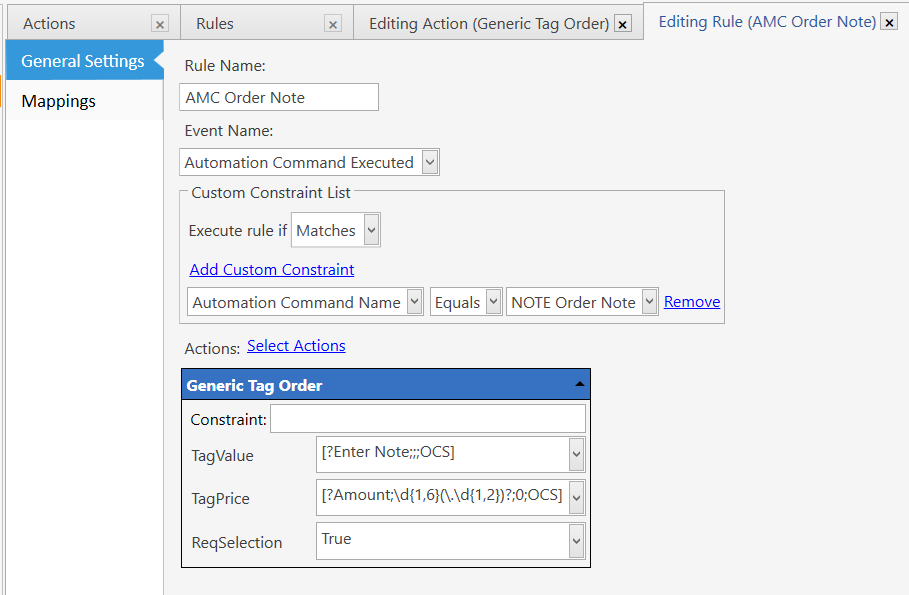 Is free tagging enabled for the order tag group?

Note doesnt exist as order tag group but Free Tag did and it had free tagging enabled, but still it didnt stick

I just created new Note order tag group and enabled Free Tagging, but shouldnt this action work even if the group doesnt exist though?

If the group doesn’t exist then you won’t be able to add the tag.

What happens if you leave the require selection field empty, or set to false?

Free tagging has to be enabled.