I’ve recently upgraded to SambaPOS5 v 5.3.6.0, but this seems to have caused problems for me

In the previous version (v5.3.0.0) I could create a ticket, scan some items, and then leave it as an open ticket, then later that day close it and choose the payment method(credit card, cash, etc.) And then the ticket would settle

With the new version (v5.3.6.0) I can still leave it as an open ticket and close it later, BUT it does not settle, and it stays in the “open tickets” screen 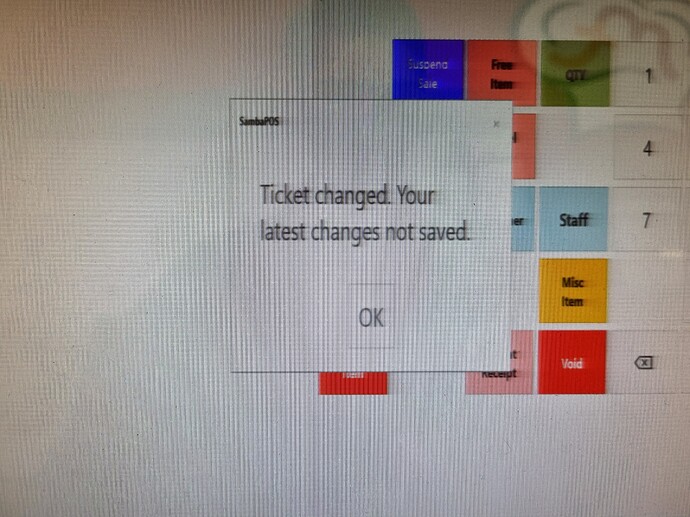 That message is usually cased when ticket opened on two terminals, when ticket is updated and closed ie saving now would mess up already submitted update from other terminal.

That error is when a ticket is open on a terminal. Someone opens same ticket at same time on a different terminal and makes changes then closes ticket. Ticket logs would count as changes. If you do anything on ticket opened event etc.

A fix is to use the new feature in user roles that prevents this with the new mark ticket as open action and remove open ticket mark action.

If a ticket is marked as open then if the user role is set to not allow to display opened tickets the. It will not let that user open the ticket.

Sorry if I might sound dumb, but I don’t know if I understood you correctly with the “new mark ticket as open action” under user roles, because I do not see such an option: 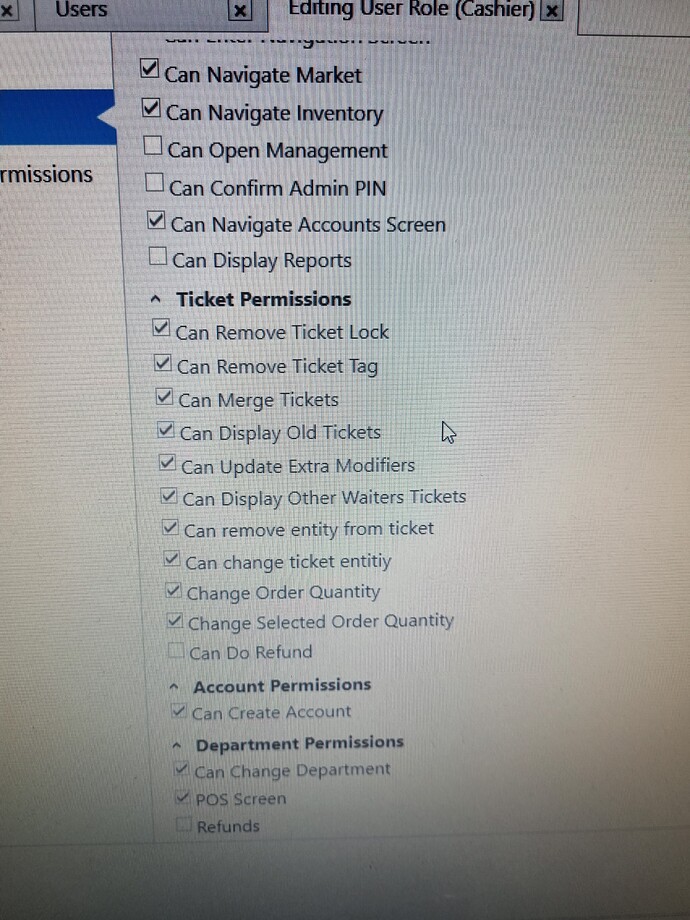 You must not be running latest version.

Dear Jesse,
Is this function be used in Sambapos Mobile client?
Thanks

It will not work with the v2 mobile client.