To clarify, He usually uses ticket note to identify the amount of guests, like 1 or 2 or 3. he wants to know if he can display that number in his tables screen.
For example table “8” will be “8 - 3 Guests” I don’t think that’s possible…

The real solution that you should think about using is a Ticket Lister Widget, perhaps next to your table layout. This will allow you to display Ticket-related tags such as {NOTE}, even in v4.

This really cool formatting is possible in v5. This is one was done by @RickH and is fantastic… yes, this is a Ticket Lister Widget, believe it or not…

I’m sure there can be something created like this with a Ticket lister.
Only the string I use is not working.

Sure that someone can help out here. 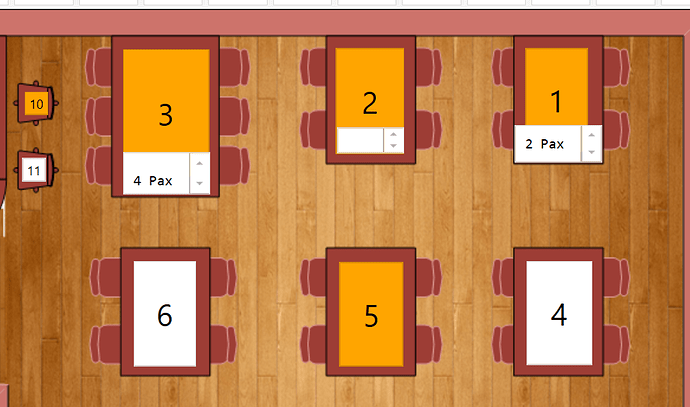 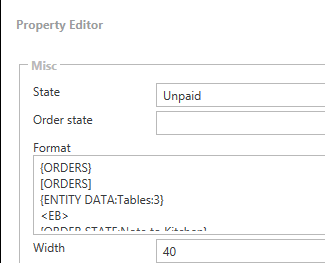 I have created buttons 1-10 to indicate in the Kitchen how many PAX arriving on an new table to prepare the appetizer gift.

Interesting concept, using a Ticket Lister per Table. I wonder if there is much performance hit doing this?

Need to see your Entity setup. Is the table called 3? Or is the Custom Data Field called 3? How are you filtering the Ticket Lister so that it only shows Ticket(s) for a single Table?

It is much easier to do this in v5 though.

Technically he wouldn’t have to filter it

He would need to filter each Ticket Lister by Table, otherwise each Lister would display all Tickets, no matter which table the Ticket is assigned to.

It is much easier to do this in v5 though.

As I explained earlier, {NOTE} is not Entity-related; it is Ticket-related, so this information can only be displayed in a Ticket Lister… it won’t work on an Entity Button.

If there was an Event for Note Updated, you could take the Note data, write it into an Entity Custom Data field, then display it on the Entity Button - but this only works in v5 AFAIK.

Hmm I’ve not tested it but what your saying is even if the only thing in the template is the entity custom data it would show it multiple times? I was under impression it wouldn’t show the others if you specify only that tables data.

However you could simply create an entity state and set it to that specific table and then clear it on settle use the state filter for it. Or you can tag the ticket with table entity and filter by tag.

Well, with {ENTITY DATA:X} printer tag, we don’t usually specify the Entity Name at all. The Entity assigned to the Ticket is the one who’s data will be displayed, with no need to specify the particular Entity.

Beside that, the rest of the data supplied by the Ticket Lister will still need to be filtered, because it will by default display all Tickets, whether they have an assigned Entity or not.

True I was thinking wrong on that.

I have being playing with this this morning but not achieved the result.
According the code I could used {ENTITY DATA:Tables:3}
This means that I can create a Ticket Lister filtered on Tables:3 so if I select table 3 for and I would have the function If Entity Data = Tables & 3 & Custom Tag = EN then I would should be possible on the display to indicate in the Ticket Lister that this table has xx Pax.

This is why I mentioned Sure that someone can help out here. 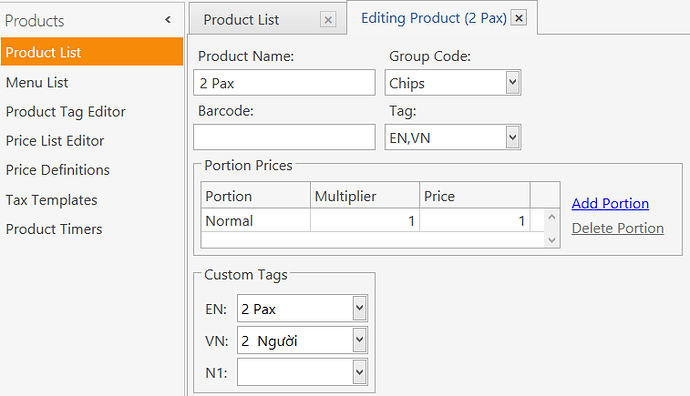 Read my comment on state or tag I just mentioned above. I prefer filtering by tag it’s one less automation since you don’t have to clear it.

Format would be TT:X It goes in Filter option of widget settings.

As I explained earlier, {NOTE} is not Entity-related; it is Ticket-related, so this information can only be displayed in a Ticket Lister… it won’t work on an Entity Button.

We can display ticket details like total amount by using reporting tags. So we should be able to display note. 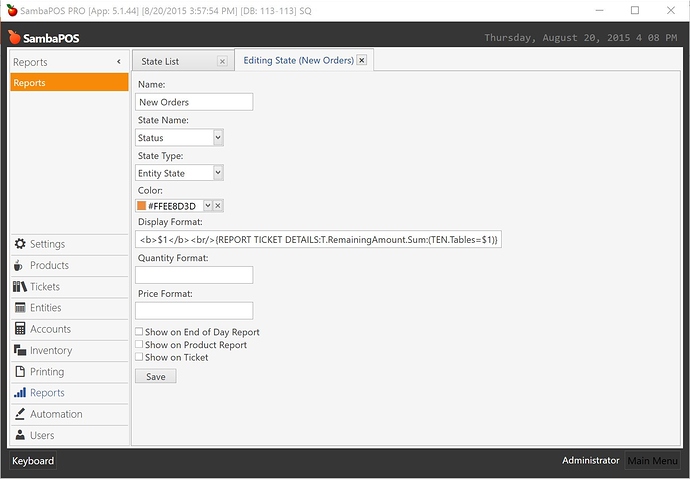 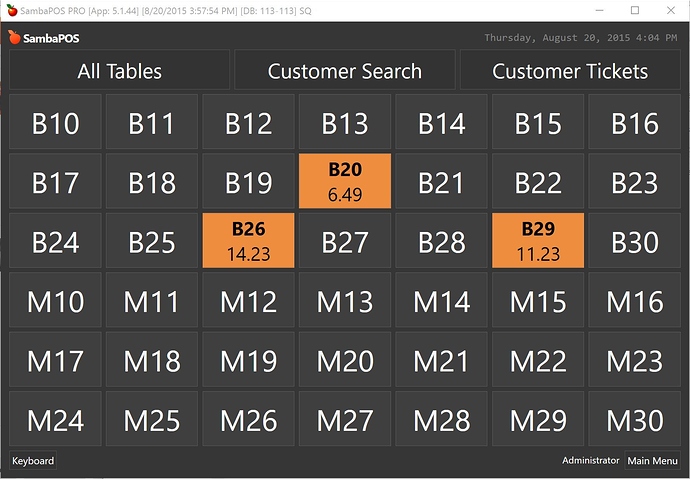 using reporting tags … we should be able to display note.

What would the exact syntax be to display Note?

I notice you used an Entity Grid rather than an Entity Button… does the same still apply to Buttons? I suppose it should still apply, since this is simply a State Display Format, correct?

That’s only in v5 I thought?

Yes only v5 supports State Display Formatting… emre was just illustrating that it should theoretically be possible to display the Ticket Note on an Entity Widget using Reporting Tags.

I think you have some {braces} where it should be (brackets) …

Yes… I made a mistake while copying your expression.

LOL, yes, I noticed the mistake in mine and corrected it too.

Now you two are just being silly!