Guys, I have a ticket lister, that shows all orders, including void ones… 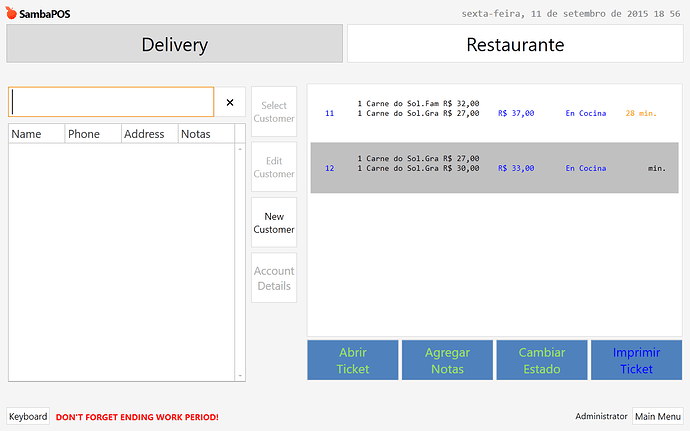 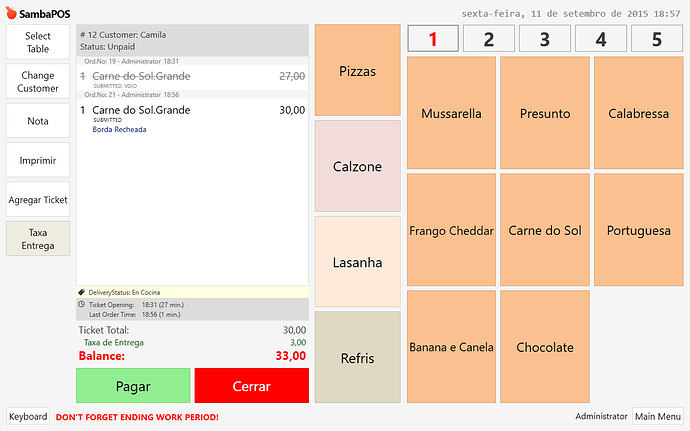 How do I filter those void orders??

Sorry so many questions… but we started today, now, at this exactly momento with the delivery, and still have 80% of the soft configuration to do…

What did you set for your Order State filter in the Ticket Lister settings? 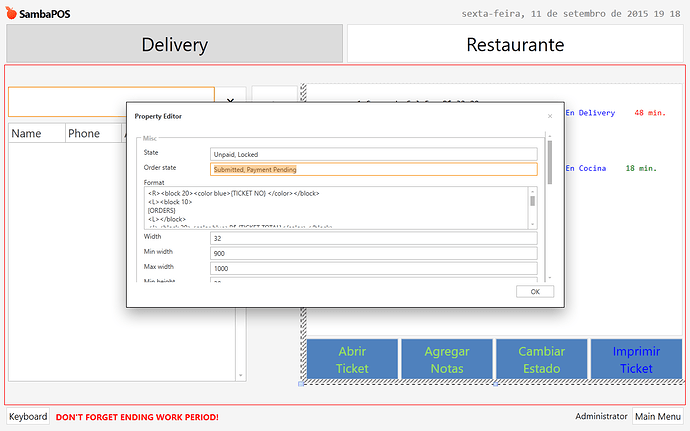 I am willing to bet you that Payment Pending is not cleared off when you void order. So its showing those too.

Check and make sure that you clear Payment Pending state when you Void.

That is a custom state… no default… so you automated it to create that state… that means when you void an item you also need to get rid of Payment Pending status. So for your void rule update the state that sets Payment Pending and be sure its set to blank.

nono, I did not add that State… I never messed up whit that state…

Payment Pending is not a default state…

Do this… open the tickets that has void items… take screenshot so we can see the order states.

ok, but I never used or modified, I just copied the ticket lister tutorial, jajajajjajajajajajajja

the first screen has a void item

So your void button is not changing submitted like it should. Here is what it should look like 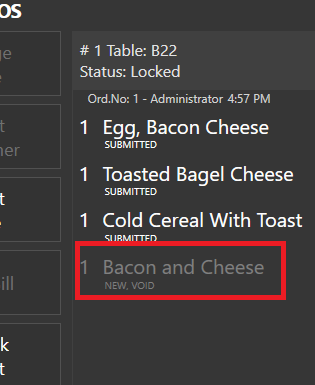 Did you edit the void rule?

your void rule should have Update Order Status action and for Status it should say New.

it is, but that order whas not new, was already submitted… thats why its submitted and void…

LOL the order I voided was also submitted you cant void new orders… Im saying you must have edited the rule. The default Void button rule changes order status from Submitted to New… if you do not change it from Submitted… of course its going to show them because you told it to show Submitted orders…

speaking of what I did not, I did not touch “change price” and “cancel order” wich do not work either…

Can you show your Void Rule with actions expanded?

“change price” and “cancel order” wich do not work either…

You may need to rebuild buttons. 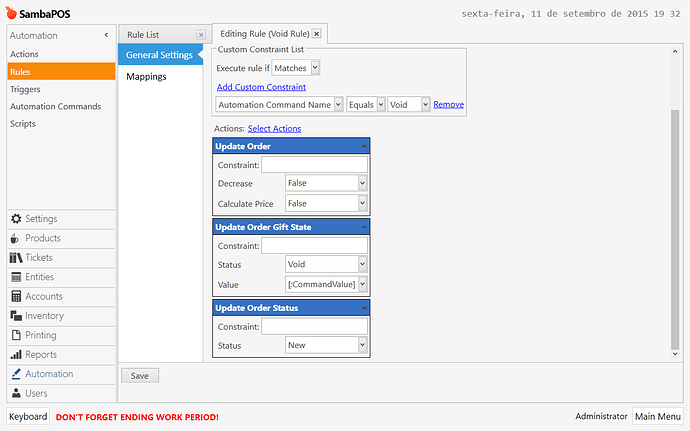 Check all of your Automation Command Executed rules make sure they all have constraints.

@Jesse as soon as we close ticket new status switches back to submitted.
@gerlandog ticket lister template is just a printer template so you’ll configure it like how you exclude void orders in a regular ticket print.

Dang @gerlandog had me investigating that flow. I just realized that. I was thinking too deep into it.

“change price” and “cancel order” wich do not work either…