I have some troubles with setting up the Kiosk. I folowed the steps that are described in the documentation:

When I open the Kiosk, the entry form appears, where I can type in the created user and the message server address and so on.
My local IP address of the Kiosk is 192.168.1.162 - here I have also installed the SambaPOS V5 Pro application.

Maybe someone can help me…

Message server address usually http with either host name or ip address.
The message server would be on the machine with the database 99% of the time.
Check message server service is running and that firewall port 9000 is open. Test firewall by turning off temporarily. If resolves it needs port opening.

I checked if the if the Message Server Service is running (Task manager - > Services) but i could not find anything that looks like this.

I deactivated the windows firewall before i opened this thread. See the picutre what it says… (localhost = 192.168.1.162) 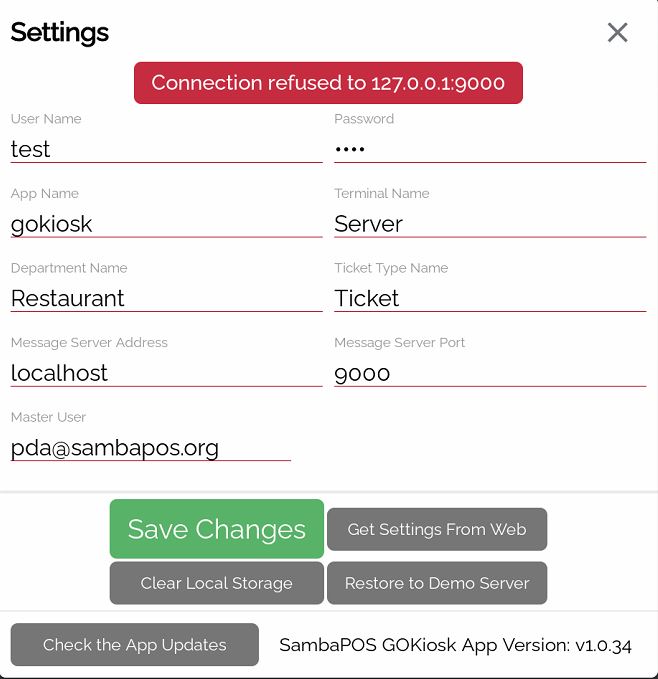 You are supposed to enter IP address from your Server that hosts SQL Server and database.

If you are not running Message Server service, then you have to go to installation folder of your Server, install the service there. 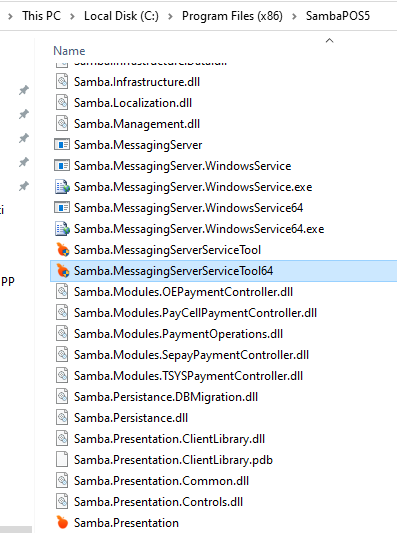 Within Windows Defender Firewall with Advanced Security. Do NOT open this ports on your router.

If its using message server and graphql api does it need to be sql express rather than local dB which guessing he will be using if just installed samba.

I am actually not sure, I think if its using GraphQL & API just 9000 port would be fine but I usually open these ports just in case I have to attach another device in the future. Saves me the troubleshooting

Either will work but with localdb it means Sambapos would have to be running for SQL server instance to be live. It would make more sense to install SQL server stand alone.

Localdb and sql express are both SQL express. The difference is localdb is a process and it’s killed when you close Sambapos. The standalone version runs as a service and can be used even when Sambapos is not running. But they are both the same database engine and it works the same.

This is the reason we say that you need full stand alone SQL express. So if Sambapos is shutdown it won’t stop the database.

Just the IP and port is needed for the kiosk app. He needs to install message server.

Thank you Posflow (and all of you), installing this service helped! It now seems to be able to connect. But it gives another error “Client ‘gokiosk’ is not registered in the system”

It seems i have to order the setup service, as it is more complicated as it seems…

If you follow all steps in the KB it is fairly easy. It seems you missed several

I agree it should have explained message server.

One last question - do i need a license to get the Kiosk running or should it also “work” without? Because right now, I do not have a license for anything…

You need a license. To use it.