Is it possible to update previously added orders with an order added event.

Basically, if a certain item is added, I need it to update any previously added order states.

In My order added rule I have an Execute Automation Command Action.
This fires an action to update order states to PENDING

Using the Execute Automation Command Action. does not work but If i actually click the button the states update.

Here is my rules 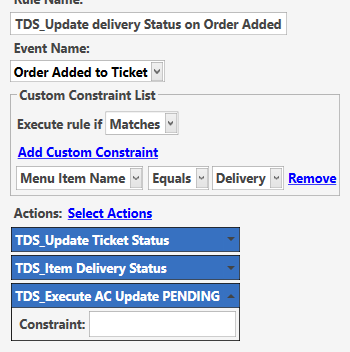 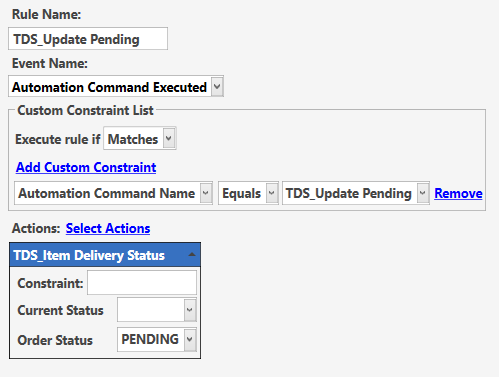 Is it possible to update previously added orders with an order added event.

Yes. Well, sort of. You need to set off a sequence that is not concerned with the new Order itself, so …

On Order added:
Set a Ticket State to something

On Ticket State updated:
Set Order states to pending. This will cycle through all Orders (not just the new Order).

EDIT: I assume that you don’t want to send order to kitchen right away if it is for delivery right?

Thank you
I did not realise how flexible states make sambapos.