Rather than continue on a thread that has no relevance to what I wanted ive started a new one.

Ive searched and haven’t been able to come across the solution, I noticed that @JTRTech did give the same scenario, however the solution wasn’t said (unless I missed it?)

Did you see this tutorial?

In this tutorial I’ll show you how to automate updating order prices conditionally. We’ll have 3 prices. Breakfast price, Dinner price and ToGo price. Breakfast or Dinner price will apply automatically depending on time of the day. Regardless time of the day ToGo price will activate when ticket marked as ToGo. ##Configuring Prices First we’ll define price definitions from Management > Products > Price Definitions screen. [image] Breakfast price will appear as BB on ticket and bills. I’ll cre…

Yeah, and its all set up within my POS… however, If I create a button called Update Prices and press it… it updates ALL of the prices, which is what I want.

If I set the AMC to execute within a rule, it doesn’t. I thought maybe its because I have the actions in the wrong order, but they aren’t. Ill post screenshots of the layout: 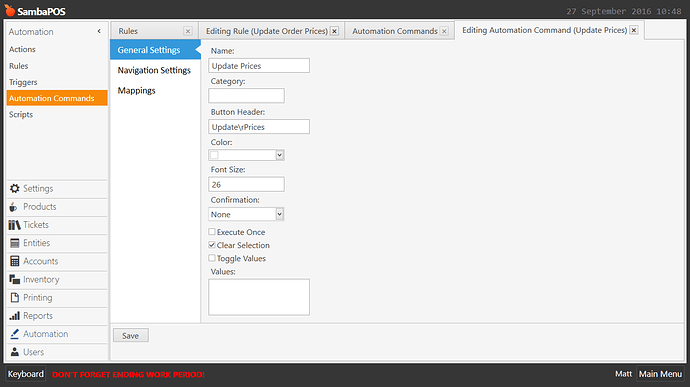 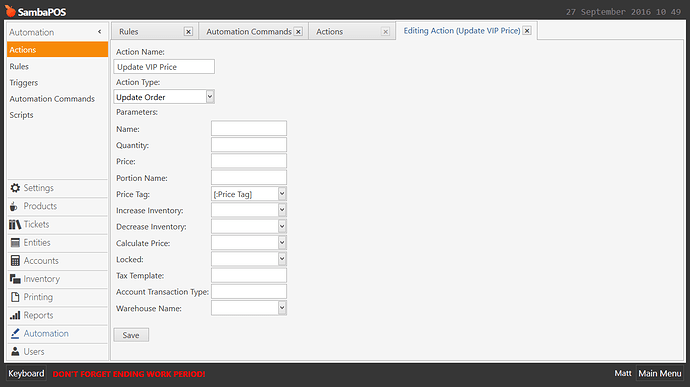 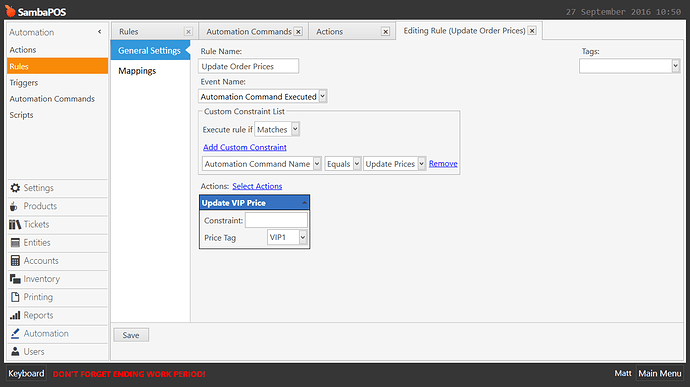 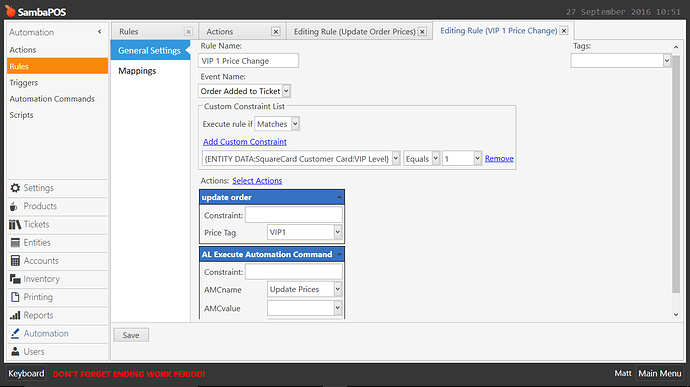 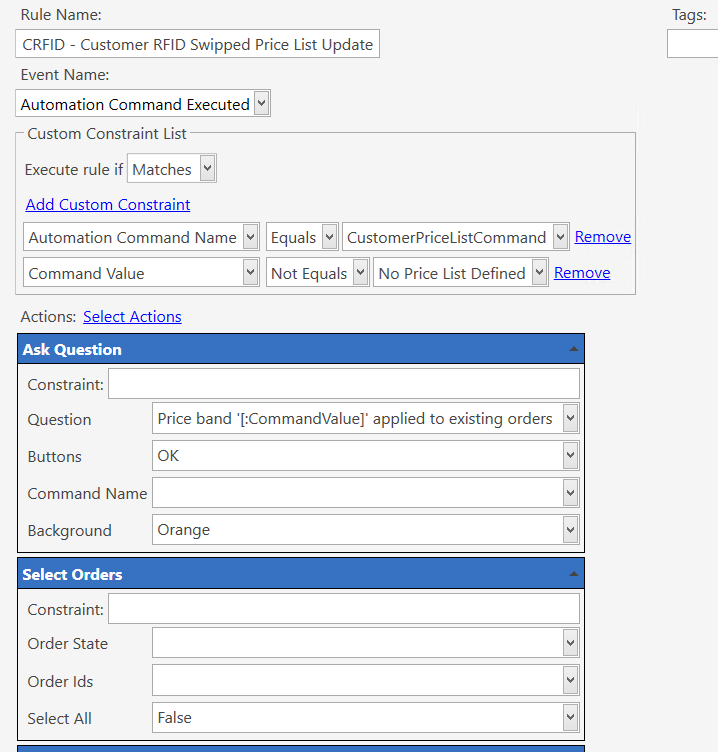 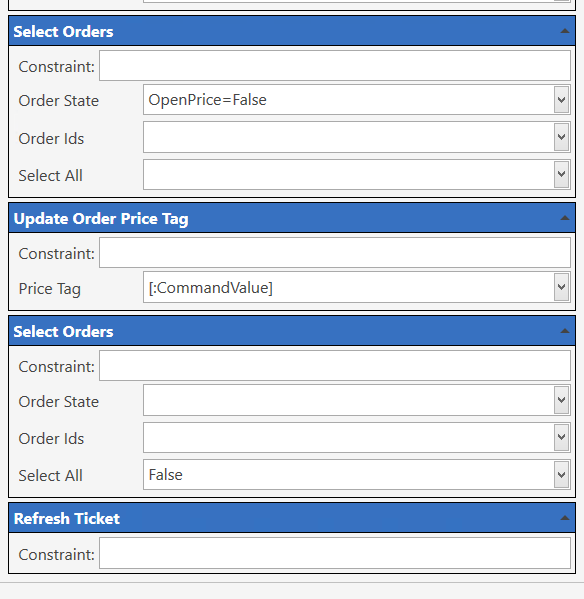 Hmm ok I’ll give that a whirl.

Is there anything there missing I’d need to add?

It wont be exactly the same as the command triggering that uses a script to filter out swipes if its the current users own discount card and some other bits but the command value is the price list but you can change it to use entity data or whatever.

Ok, so I used a ask question… and it actually works, however it seems to work for everyone on that entity type.

Here is a screen of it:

I also tried to do

in the action constraints, but it still wont trigger.

If I put no constraints it all works fine, but for the wrong VIP levels (obviously)

Any idea on where I’m going wrong with the constraints?

to a message box, and it shows a blank? This HAS to be where my problem lies?

edit: changed the field name to VIP just incase it was a space causing an issue

ill try it, but there is still no return from the data box anyway…

If I remove the constraints, the whole thing works sweet… apart from it uses every single SquareCard Customer Card… whereas I only want it to be ones with VIP Level 1.

Anyway, as you said it, ill give it a go…

I love you kendash ending this with extra words