User roles still have access to Acounts regardless of restrictions

I had an interesting case come to my table which seemed like quite a straight forward fix but when i went to update this and see what can be done, the issue still persists.

The issue: A user still has access to “Accounts” tab in navigation screen. In user role list permissions, there doesn’t seem to be a tick box which restricts them to see the accounts tab either. If I untick “Can enter Navigation Screen” then an admin or manager role has to always log in to start a work period for employees to have access to pos screen and start making sales.

I have a feeling this is more a flaw in v4 because in v5 this issue is fixed, but until I can deploy v5 onto their machine, I wanted to see if there was a work around for this or not.

Can we set a passcode on the accounts tab or something? Is this even possible? I read through a while ago in the forums it was not possible for any user at that time to not have access to Accounts tab. This is why I ask if it is at least possible to passcode protect it? Can this be done? Or the only work around would be to deploy v5?(Which would be ideal but it’s currently under testing and development in the work lab)

Posted screenshots to provide a clearer picture of what I mean 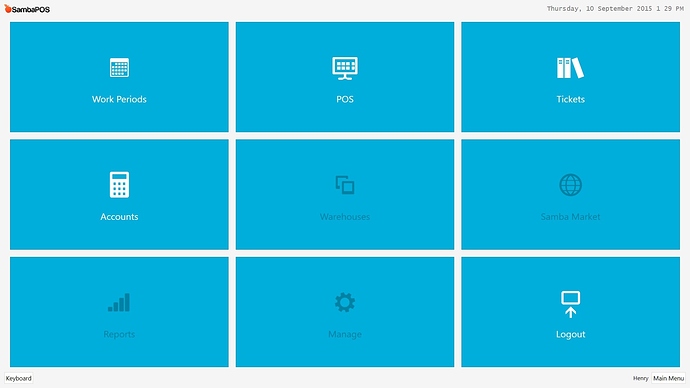 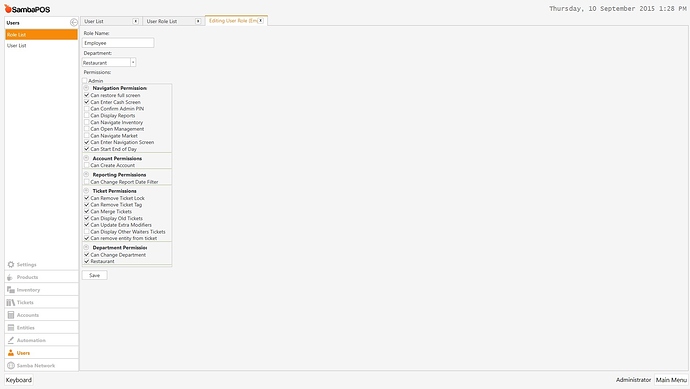 Try this configuration.
Users will have no permissions to enter the NAV screen 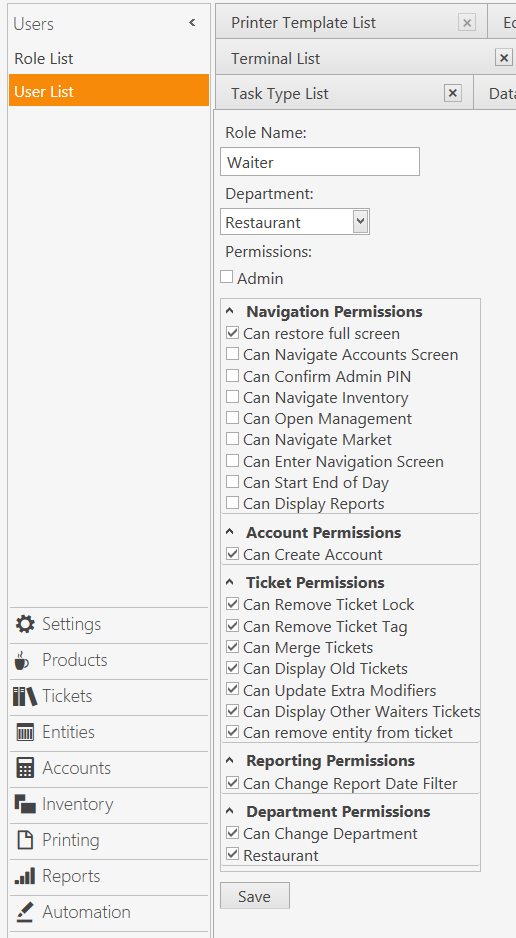 I did that, but they wont be able to start and end a new work period. They only will have access to POS screen which is fine, but some ppl may eant their staff to easily start and stop a work period

We have a Manager or Responsible person to start the workperiod. Someone has to open and close the shop and will be responsible for this task.

Zox is right. If you uncheck that you should be good.

Ahhh. So thats what that means. It wasnt clear i suppose that’s why i never unchecked it. I thought that meant “settle screen” or something else related to cash Specifically. Thanks zox. I think peter was trying to explaim that way as well when he meant uncheck everything except what was checked in the screenshot. Sorry for misunderstanding

Yes we have brought that up to @emre before. It was fixed in v5 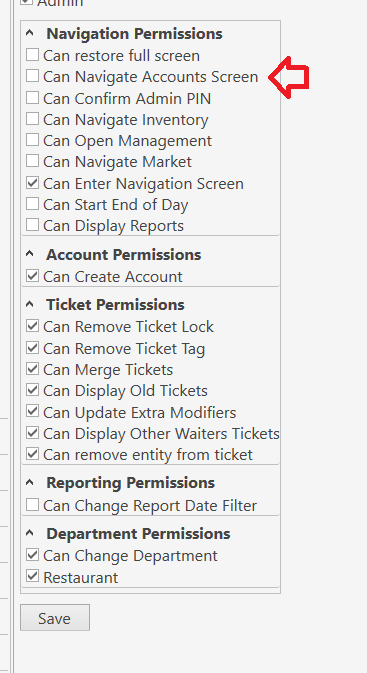 @Jesse Yeah I saw that when i was testing v5. At first I figured they must have just fixed the bug and added the feature to V5. Now I realize it just wasn’t clear before. Thanks guys