Want to set up our printer in WIn10 and SambaPOS print templates to print boxes and such as in the Grubhub app.

1)I think I must have installed the Star Printer in Win10 incorrectly because I cannot even get the ESC/POS mode really working, see the left side receipt on the pic. I tried to use the direct IP address, WIN10 can find the printer even though pinging it is working. I then use the port auto-created by the driver installation “TSP100Lan_192.168.1.6”, tried both the “ESC/POS” and “Star” mode in its configuration UT, the resulting print is same as the receipt on the left side.

2)What mode does Grubhub use with Star Printer in IP mode? Is it HTML or what? 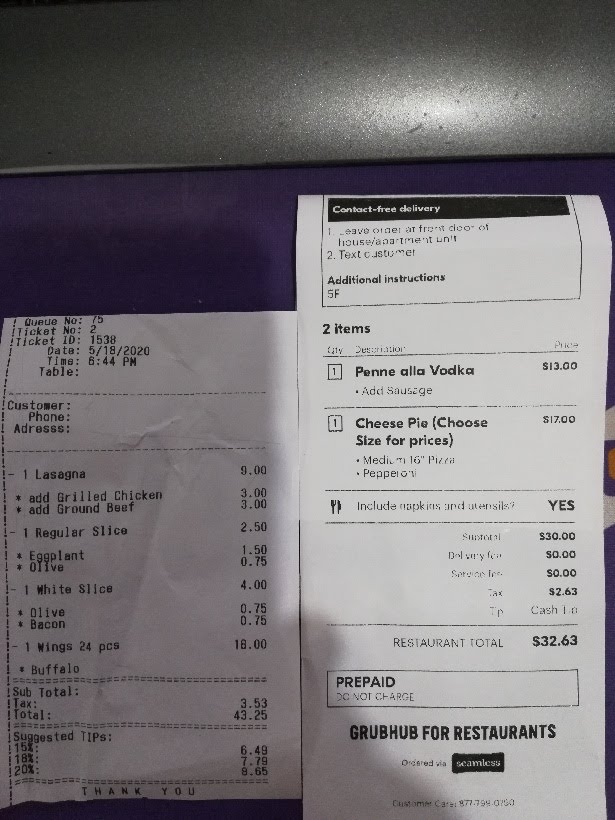 Expect something similar could be achoved woth html or document printer but you would need to setup the template.
Default template is always going to look similar to default hence the term template.
The boxes and layout is defined by the template. Just changing to html wont change the layout to the same as grubhub.

Sorry I made the 2 issues kind of mixing up together. let me try to rephrase it.

2)If I know what mode Grubhub uses, maybe I can also set the printer in Win 10 with the same mode and write a compatible template to do more graphics. I always thought ESC/POS printer has very limited commands and not doing much in terms of graphics.

It is,
The difference is esc mode its sent ‘digitally’ the preinter receives the letters and numbers so uses printer sent font and fixed spacing etc.
The other options will be rastersised/rendered on the computer and sent more like an image of the whole receipt.
Another comparason might be a pdf vs jpg. Pdf can typically copy text out of it, but jpg its an image of pixels.

GrubHub probably prints directly. To use star printers you need to turn on esc/POS emulation in their software configuration tool.

It’s a small radio box to check off enabling it. Star printers are not ESC/POS printers. They use emulation for that.