I’m not sure if this topic has come up before but I couldn’t find anything directly relating to it. I had recently installed SambaPOS for a client of mine, which so far seems to run perfectly fine. However his previous POS software and most POS software I’ve come across have access to X and Z readings. I know under reports the daily you can view how much the till has made till date, and so as long as you close the work period then that pretty much sums the amount for that work period. The question that has been brought to my attention is been able to reset ticket number back to 0 once work period has ended and a new one has begun. He also brought to my attention that for some reason, even after ending work period and starting a new one, the previous day’s total rolls over to the new work period. I went to investigate and found it he seems to be always looking at overall report which shows how much he has made entirely. This causes issues for him as previously, every time after the day has been completed, he would print out a Z reading within the POS machine and that would not only reset the ticket count back to 0 but also it would bring the report back to nill to start a fresh new day. I believe the work period system and reports are quite easy to navigate but they seem to have some trouble.

So my question is, is a feature something like a Z reading possible to implement into V4? Or can someone guide me into at least trying to bring the ticket number back to 0 after work period has ended. Or is there a script at the least that could reset the ticket count and start a fresh day without last work period amount coming on top of the new days readings?

Not sure about resetting ticket number however I simplified the reporting for a client of mine by automating the printing of the work period report on work period close.

A quick look at V4 I cant see an option for resetting ticket number, someone may be able to offer a sugestion however this is something you would have to check through your system as there is ticket ID and ticket number.
Ticket ID is a database key for tickets which will always go up and ticket number is a more visual number however you would need to take in to account that some features will use ticket number and it may also be used in constraints etc depending on your setup. Personally I wouldnt but thats not to say you shouldnt.

A quick search has shown a few relivent topics;

Can i configure ticket numbering to start at 29119 and not at 1 since i want to use my old order slips until they ran out. Im ready to go live thanks

If you are familiar with SQL you can run this SQL Script to set Ticket Number generator value.

Which is what I was trying to get at above, sounds like its likely to cause issues.

As far as I know ticket number should always be growing in any Management System or POS, this is due to accounting/finances. But thats my input, and I didnt see a way to reset it.

Work period should work however, as long as you start and end it, it should give you only that day’s amounts.

Theres a filter in accounts screen setup, set this to current work period and youll only see the current days totals i have mine set like this

Ive also used reports to make my own x and z reads. So i can print x at any point to give me live sales data and z prints in work period end the day end figures

This is done using custom reports in V4 which is a paid add on module, this is free in V5

I had the issue with the resetting of receipts numbers i used order tags which creates a new number which i use as a receipt number. It resets after ending a work period.

For the X and Z well the work period when you view the report that’s like a X report after ending a work period that’s a Z report.

Can you share with us the non resetting part because as far as mine works every time i end a work period the work period report starts from zero, unless you are using the accounts part to get the records then you are doing it wrongly.

Thanks for the fast reply guys. Unfortunately I’m not quite on site to do anything to it yet till tomorrow. I shall update you on that, but using order tags to create ticket numbers and make it to auto reset after work period ends… Could you show how you did that exactly? I’ll try to implement it and see if that works out. As for the work period amount rolling over, I think he is looking at the reports under reports section right after he ends work period and for some reason it seems to be giving him an overall figure including every period ever created. However I will confirm once Im at the shop tomorrow. Also @RickH could you screen shot exactly where that filter is? I’ve got a demo set up but I think I might be looking at the wrong area of the software.

He’s probably looking at accounts screen. He can simply press the filter to filter by work period.

@Wisefix could you show me you did that? I would like to implement that and see how well it works if thats ok by you.

@kendash i figured what he did, he assumed that once you print report,the system closes work period and starts over when start work period is pressed. I just noticed they didnt click close work period for over 3 days, so the amount kept piling up. That could be problematic.

Try doing what I mentioned above and set up the work period report to print when closing period.
The local pub I setup a till for were getting confused in a similar way, now they dont look to print the report from the reports section but closing end of day is their way to get the report.
Just saves the hastle if they forget to close and then dont understand why they did double sales today LOL

Haha well if we could do that, it would save a lot of hassle. Could you show me using screenshots how to set it up that way? And also wise mentioned using order tags as ticket numbers which reset after work period ends. Any idea how that can be done? 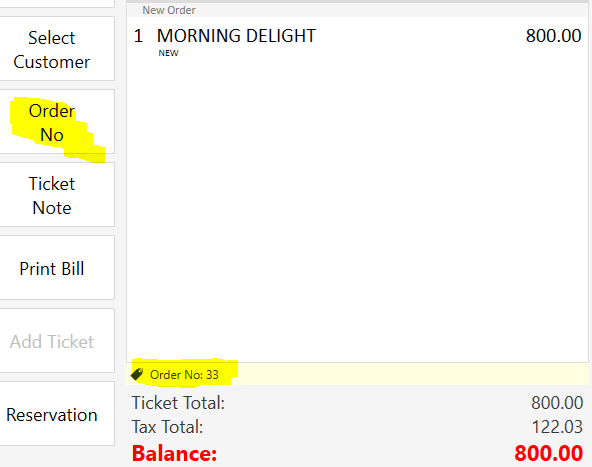 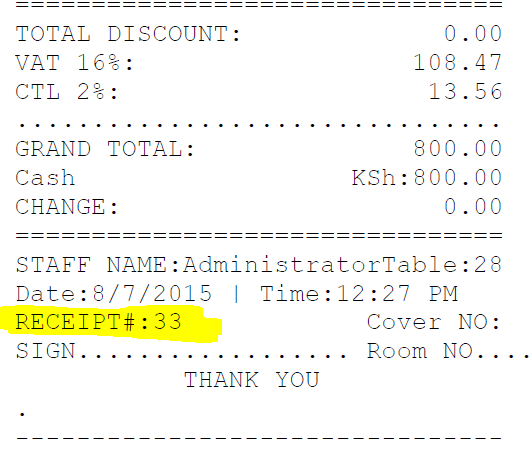 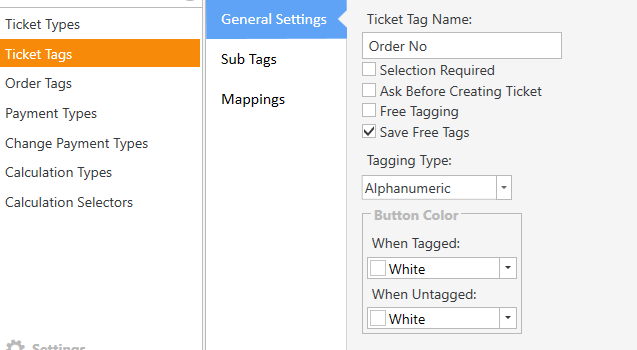