When I get to Add the initial HH rules, I’m missing the HH Store and HH time Name and Value fields. According to the tutorial, I should see: 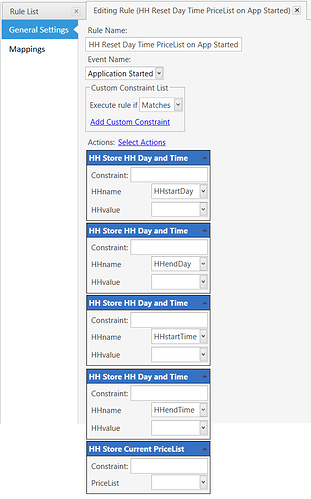 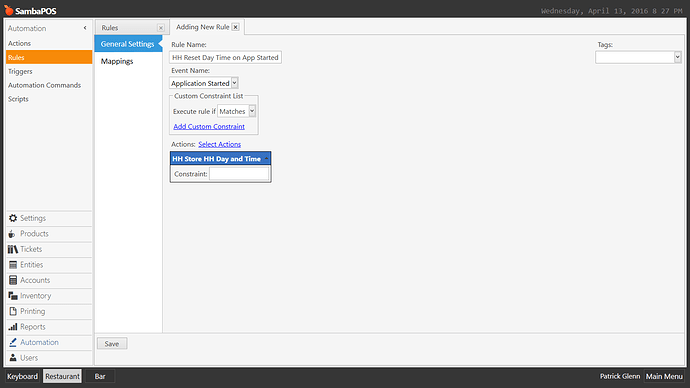 I’ve double checked that I’ve followed the steps exactly, though I’m probably missing something in my tunnel vision. Any suggestions?

Paste your ACTION used here as it looks like you have missed maybe the “:” - colons for variables names or something? 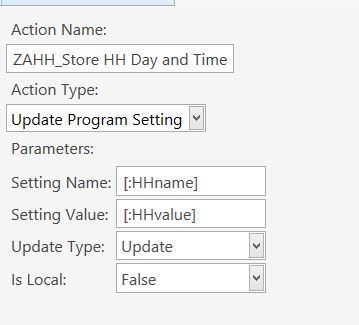 Thanks Paul! I did check that, but once I restarted my computer (Windows Update) it appeared to be fixed. Now I have: 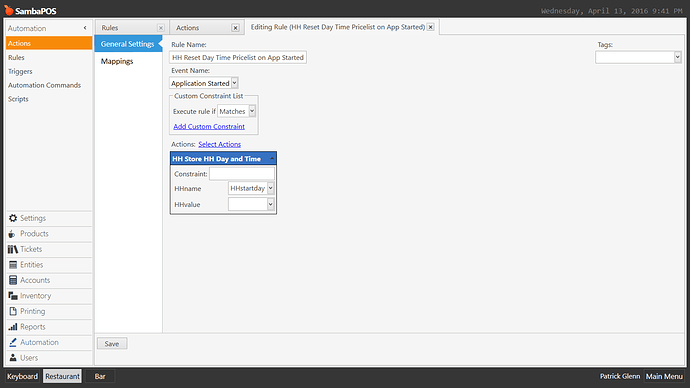 But how do I duplicate the field to add the other names?

Do you mean how to you get the same Action listed again as it does not appear on the Picklist? You need to right mouse click+“Display All” and the used Action will become available again.

PS: Hope you don’t mind but changed your Topic to just a question.

Ah ha! You da man. I appreciate ya! Sorry to create a post in the ‘Issue’ topic. The last 2 days I’ve been totally revamping our Samba install in the hopes of creating a “Flagship” Samba showcase so we can demo it to other Bar/Restaurant owners to hopefully resell v5 as part of an integrated solution…so really late nights, early days, and angry employees, lol. I have a few other questions and if I can’t find a solution will post them in the appropriate places. Thanks!!

Also, as we have 2 times for Happy Hour on the same days, can I simply add in 2 more Actions in the same rule for those time frames, or do I need a separate rule for the 2nd HH?

Read on from this point:

I have not tried another set of times, but it seems very doable.