Ask Question Action from a Button on the POS Screen?

I wanted to learn how to put a ‘Online State’ button where the image shows below: 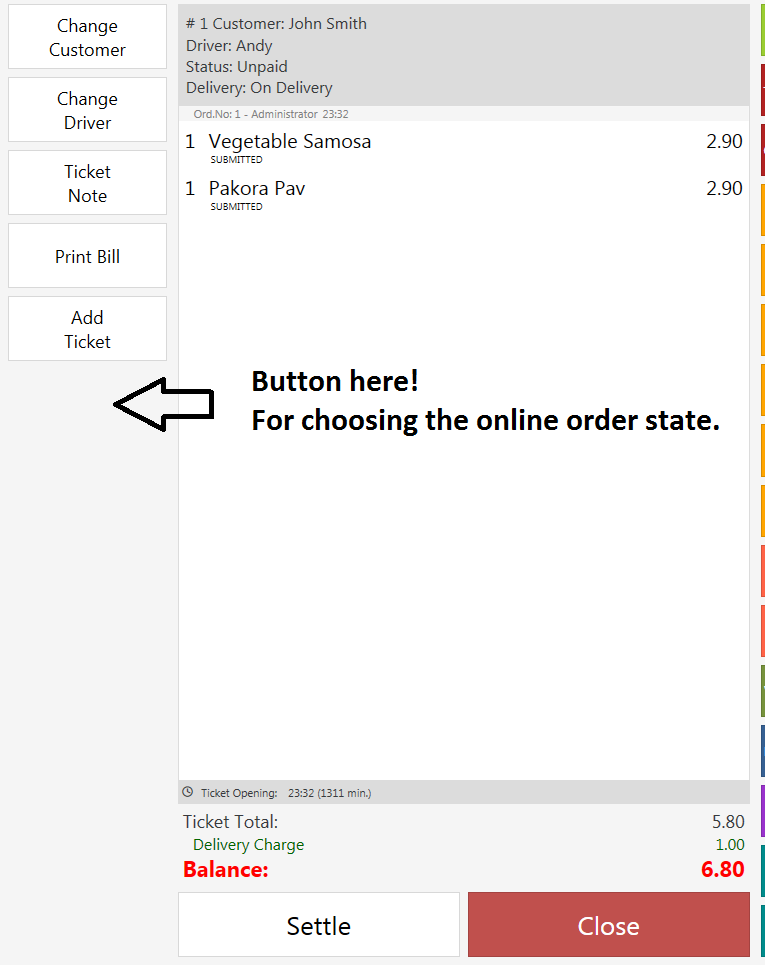 I also want a button underneath the Online State button, which clears the status of the order if it is online (i.e. a mistake).

Just read any tutorials, most of them involve creating Automation command button.

I’ve just discovered Automation Commands, I think that’s where I start by mapping the command to the Order Line. Sorry for asking!

The button triggers an automation command executed rule with the ask question action in it.
The ask question shows with buttons which have values, you also set automation command name in the ask question. That question tiggers a second rule via its autoantibodies command then depending on the flow you either create multiple rules responding to that command name constrained by the command value (button value) or if aplicable use the command value in a single rule as the defining factor.
Is if states were, ordered, preparing, ready, collected you could pass those straight into the update state action in second rule as the new state.
If using states please be sure to use a new custom state and NOT status or other default state as this will likely mess up your flow if your not 100% on what your doing.

Thank you for the tutorial, I’ll have a look at it and see if I can figure it out. Yes, I’m already using a custom state for this part, it’s to hopefully help with categorising types of order for reporting later.

From which version of SambaPos is the Ask Question Action visible?

V4 for sure, never really used v3 so dont know about that v