You need to use broadcast message action to the computer for it to read and then execute desired action for your use it would be Logout User. 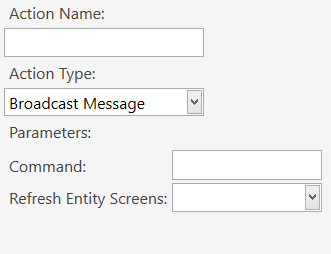 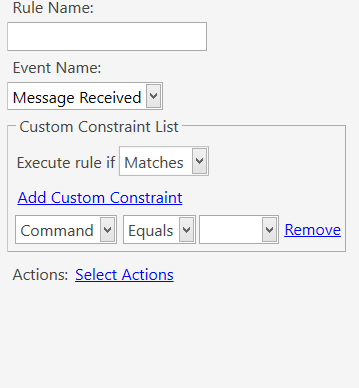 I actually have the timer start on application screen change.

Ok so now that we know more about your setup you should probably show your rules etc on the pc that is not working. Or just show your setup for resetting the timer perhaps its being triggered and transmitted via message server. 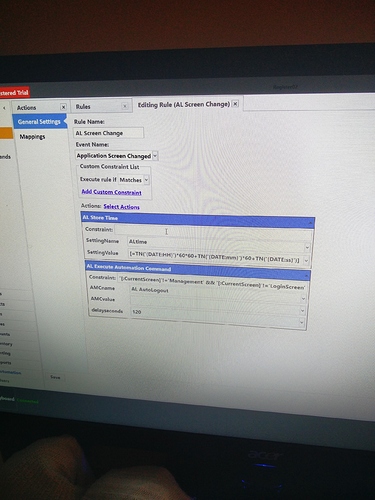 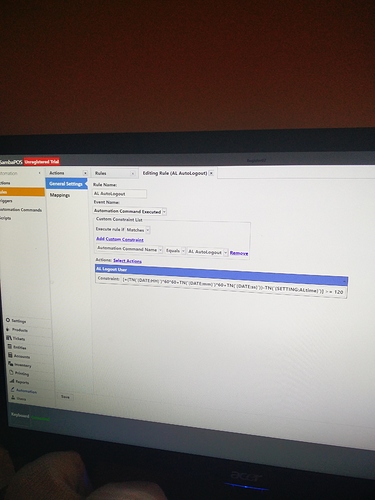 you can simplify screenshots by pressing print screen button and then paste it in here.

Where is the rule that cancels the logout?

I don’t think I have a cancel logout rule…

No it should run that locally on each terminal. Something is interfering with it.

Can I PM you my database so that you can take a look.Im not sure where to look. Or what I should be looking for.

Why not set it up to auto log out every time they send an order? So it returns to the login screen automatically when they walk away from the screen?

I’ve tried that… They say it slows them down when they have multiple orders to put in. They just want it to timeout after a set time so if they don’t manually logout like they should it will auto logout after 2min.

I do have a custom entity screen with the ticket Lister widget setup so that it auto refreshes… I wonder if that is causing it the keep from auto logout. I’ve gone through everything and I can’t make heads or tails of what could be keeping it from working. It definitely has something to do with the rule not running when another terminal is being used… Only runs the auto logout on the last terminal that is used.

The auto log out button is set to log out when a table is closed or when you print bill. I would think it would be something to changing the rules and actions (look under automations) to not log out when a certain button is pressed but after x amount of minutes of inactivity. I’m interested in doing this myself so I’m hoping I can point you in the right direction. Ill play around with it and if I figure anything out I’ll comment back in the mean time I hope I was able to help at least some.

There is no inactivity timer. You have to automate an Execute Automation Command with a delay. You then use the same action in a rule to cancel it like for example if new ticket is created. Or application screen changed.

So I have tried many differnt things and im pulling my hair out now… Basically this works… if only one terminal is being used… Maybe I have explained it wrong.

If I log into samaba on two pcs and start to work… the only pc that auto logs out is the last one that was touched…
So say I log into two terminals and dont do anything… I just leave it sitting on a entity screen… the only terminal that will auto log out is the last one that was touched. I cannot figure out why this is happening if its supposed to process the rule on each terminal. The first one seems to just not run the rule at all because the second terminal runs it. Id really like some help to better understand what im missing.

Try this: Go to each terminal and the rules for your auto logout set your mapping for that specific terminal.