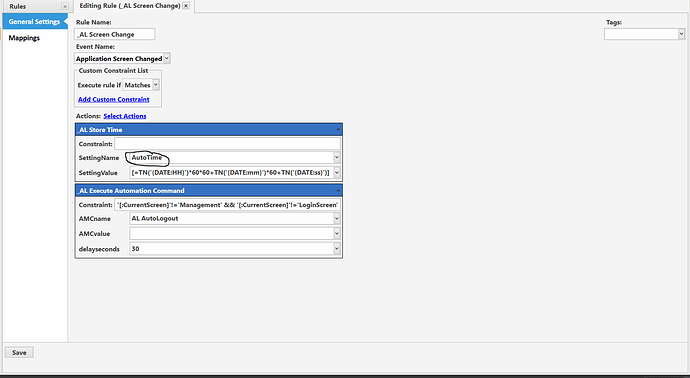 Is that working for you?

Yes it is now that I have separate rules for each terminal.

So it kind of makes sense considering its sharing the same setting… likely the setting got reset causing it not to work for the right terminal.

So is there a variable that i can use as the setting name like currentterminal that way i can keep it to one rule and it can store the setting based on the terminal?

So your saying {:CURRENTTERMINAL} wont work?

Actually I was asking if there was something that could work… ill try that and let you know!.. Thanks!

That worked!!!.. is there a list of usable variables somewhere in this forum documented?

Not a single self contained list but they are spread all out lol. I know most of them so just ask if your needing something.

Hi, can you post the complete configuration? this looks interesting for me. 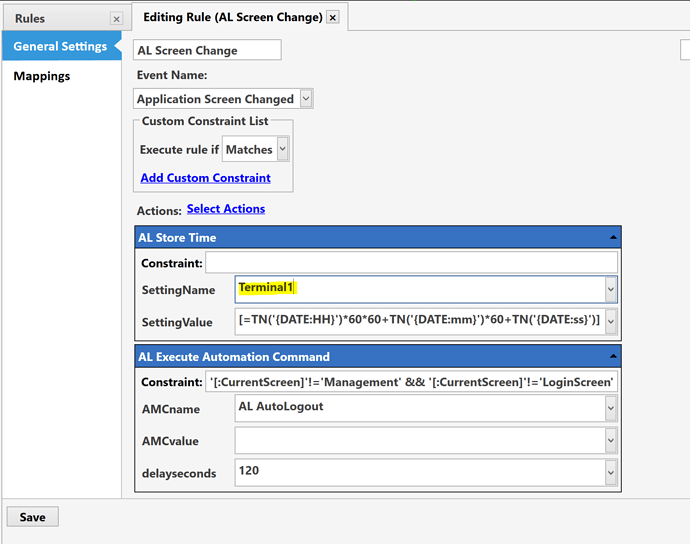 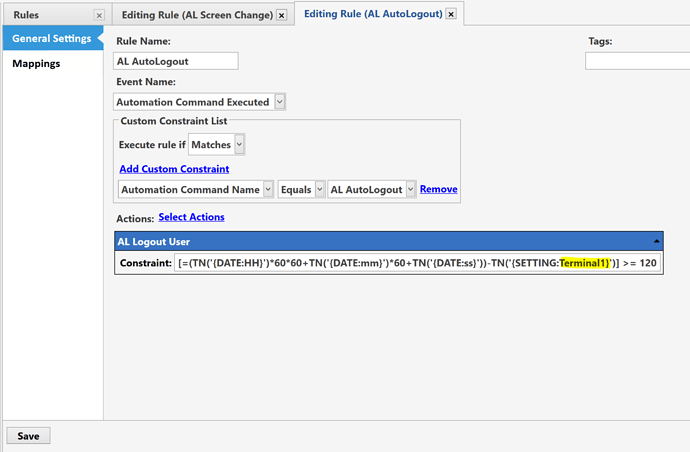 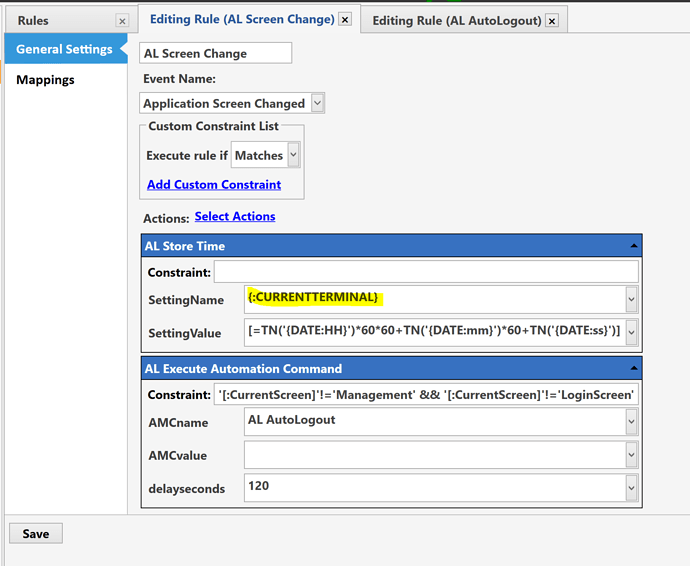 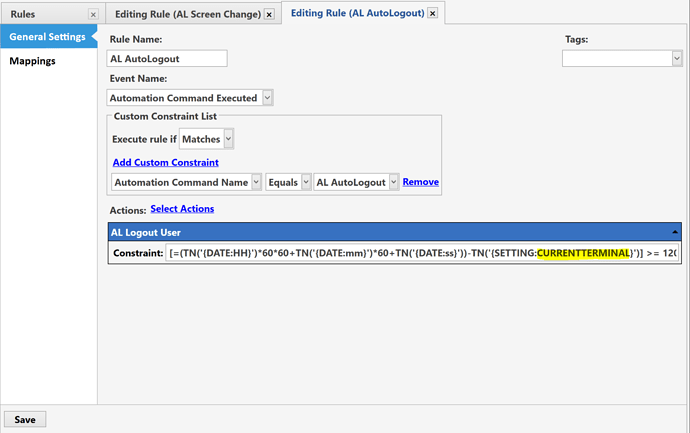 Its prob working how its supposed to im just trying to understand why and how a little better.

In fact it doesnt even seem to matter what is entered in there for the setting… i could delete it or even enter something random like {SETTING:dfadsafdsa} and it will still fire the auto logout from the last terminal that had a screen change all others will not work. Im thinking that its because when the Application Screen Changed rule fires off it was the last terminal to fire the rule so it stops processing it on the other terminals… Would changing the automation command name to {:CURRENTTERMINAL} work then changing the Automation Command Name Equals rule to {:CURRENTTERMINAL} work?

I would drop in a few show message or ask questions with your constraint expressions in so you can evaluate where things are not returning as expected.

I have some screenshots above… Im going to try setting the automation command name to {:CURRENTTERMINAL} to see if that works. 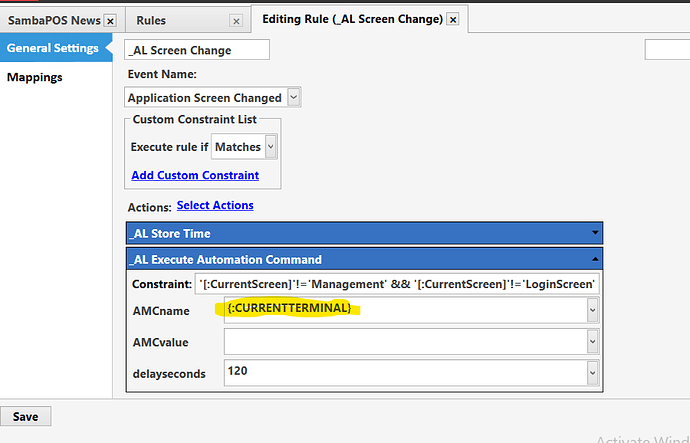 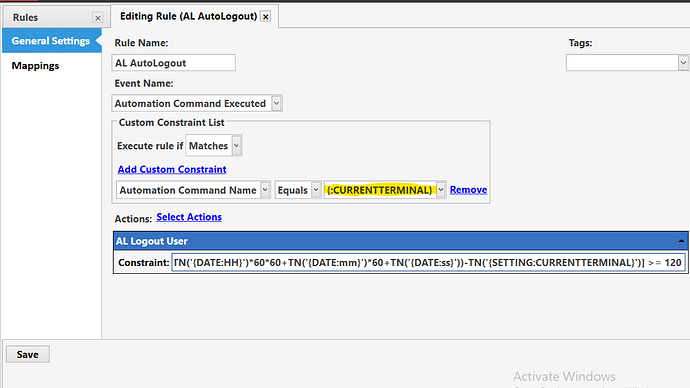 All your terminals have different names and set in local settings right? Its terminal name in samba not pc name. Just checking

Yes lol they have different terminal names. I havent gotten to test it yet… Hoping to later tonight!.. Ill let yall know if it works.

Would be intrigued how this works out.
Wanted autologout for long time but never really saw a reliable solution.
Coupled with my switch user system it should work well.
Do you not have other actions to ‘reset’ the time? As I understand it POS is a current screen, not sure about entity screens but if ringing in a big order would you not need something like ticket total changed update or something?

I cant remember but surely your interested in Integrated CC processing?

Well it’s working now… pasically only auto logs out if someone is not taking a order or on the payment screen. It also auto logs out from only the terminals that are mapped so now I don’t need multiples rules for each terminal.

Not sure about the cc processing just yet. Will this affect that if we do?