I am currently creating a Kitchen Display and wanted to autorun Samba on the Kitchen Display terminal - Auto Login > Auto Work Period > Auto Navigate to POS, I have made the following attempts and resulting in a very strange issue. 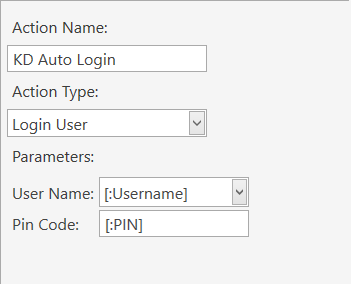 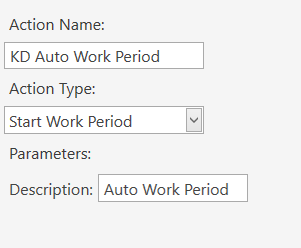 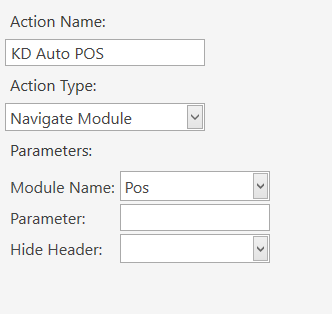 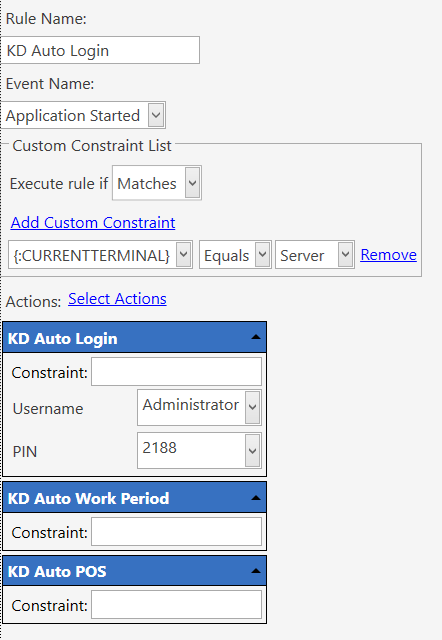 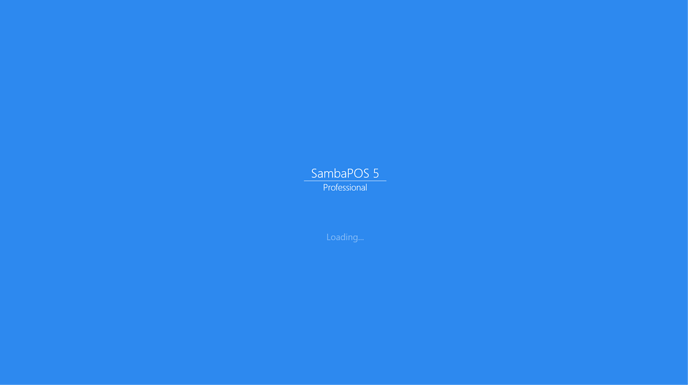 When looking at task manager it looks like this

and when alt-tab, you can see that SambaPOS is actually running properly and the rules were fired correctly, it is just this loading screen somehow won’t go away.

Your doing it too fast. Seoerate it into different rules. Use a delay before auto login. And use the user logged in event to navigate.

OK, I will try that, thanks

Just to Report back, it is working now with the delays.

One more question, Do you have any suggestions on how to refresh Kitchen Display that is based on task editor?

I currently have 3 terminals, there is some big sync problem with the kitchen display.
I notice that when closing tickets on any terminals will update the kitchen display or refresh it, I wonder is there any way I can put the close ticket action into the flow somehow that triggers the refresh of entity screens each time a task is completed?

You can use automation when you mark a task complete. What are you wanting to update?

I’m trying to sync the Kitchen Display Screens, so when I mark a dish is completed on Terminal A, It will do the same on terminal B, at the moment, I have a Automation Command that executes when task completed, that will fire a Widget Refresh to refresh both the Kitchen Display Food and Drink.

I think I must have made some mistakes somewhere. Pulling my hair all day.
I have went through some old posts you and the others were talking about refresh stuff, but can’t make sense out of them with my limited knowledge.

Tasks marking complete do not trigger refreshes. You need to do some automation to mark them complete and insert an action to refresh.

I just had a session with Nizam from Samba Support, we played around with some of the settings in Task Editors, here is where we stand at the moment:

I have 3 terminals, KD=Server, Terminal A and Terminal B as two cashiers, Orders are taken on 10 GOtablets.

This morning when we playing with the settings, Nizam was checking the Disable Cache options, which I also aware as I read some of your earlier posts with Emre, but that have never concluded I believe.

We sort of stuck at that point, and as much as I appreciate Nizam for the help, there won’t be much we could carry on doing anymore, so we called it for a day and I went on to testing around with the automation as I explained earlier, I wish to trigger a close table action when Task is marked complete - I will come back to this later, for now, let’s focus on what happened on the Task Editor itself that may just solved the problem of refreshing.

When I was checking why the 2 screens behave differently, I noticed that KD-drink under the settings, auto refresh was set to unticked, and the interval is 1. 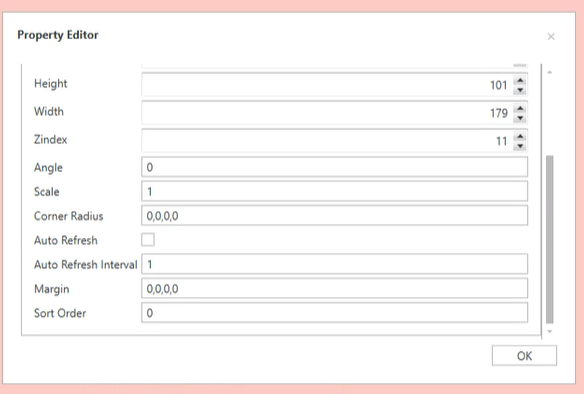 So I went to do the same for the KD-food, which made it sync between the terminal and servers.

Tasks marking complete do not trigger refreshes. You need to do some automation to mark them complete and insert an action to refresh.

I have an Automation setup as below: 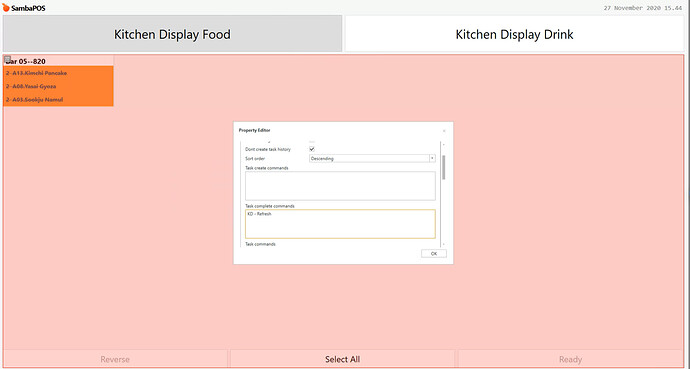 I believe this triggers the Named Automation Command?
Then A rule set to when it is triggered: 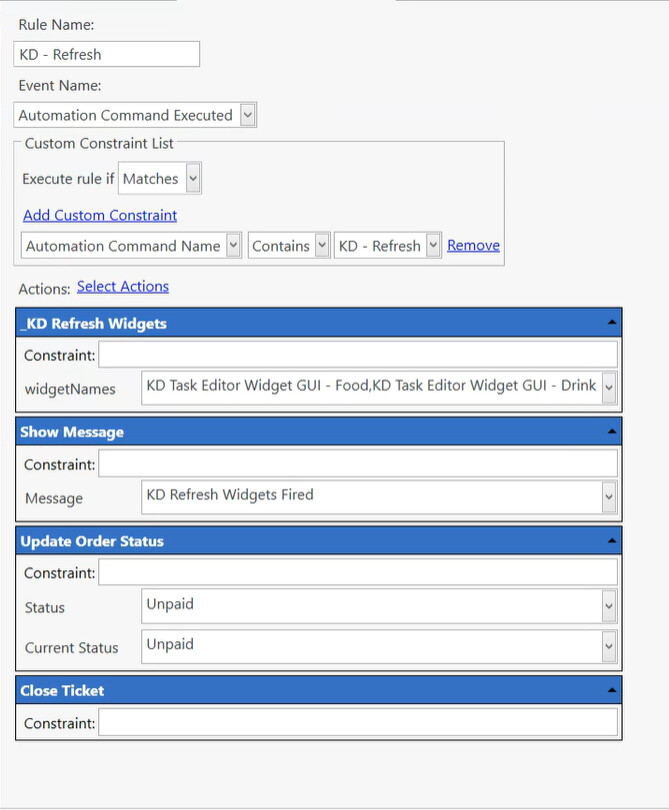 As you can see, I have set multiple actions that I felt might do a refresh on the KD screen,
but when this is in action, the rule fires, but No refresh at all.

The only ways to refresh the KD screen task editor was

However, even though I placed the action Close table in my refresh rule, it still did nothing.
Which makes me believe that there must be some other actions either before ticket closing or when ticket closing that is causing the refresh, moreover, it can also be something hardcoded in the close table/ticket action itself.

I am happy for now with what we achieved so far, but I in general doesn’t like auto refresh as I used it before and find it cause lags on the screens that uses it. So I still hope if there is an alternative solution.

Auto refresh needs to be turned on with 0 as interval for the ticket operations to refresh screens.

You should not use auto refresh interval of more than 0 it will cause it to lag tremendously.

Yes we need more work for a true KDS system with tasks. There are some unsolved issues.

I haven’t tried but would a Broadcast Message action force a screen fresh on all terminals? 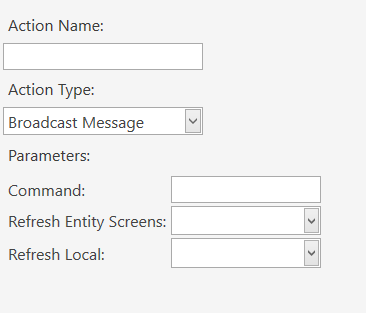 I just went to test this, it seems working.
I will run a bit more tests and report back.

Hi Bob, I just went with a little more test with fresh system reboots,
Turned the Auto refresh on and inteval to 0,
which if it was before, this will lead to the 1 step behind problem.
but I put a Broadcast Message action into the KD - Refresh automation rule,
Now, the screens sync immediately.

So I think that solved this. Thank you for your suggestion. much appreciated!

Glad it’s seems to be working.

Actually, I should thank you for being my “Lab Rat”. I just encountered a similar problem last week. An order was marked as completed on one terminal, but on another terminal it wasn’t updated (it was already on the kitchen display). It has worked fine for the last 5 months flawlessly. I thought just a fluke incident. But now that this fix might work, I will implement it our production system.

Muahahahaha [rubs hands together] My fiendish plan came together!

Love to be a Lab rat if it actually works

Since you mentioned, you know what, I first built the system with the 3 terminals, and they were syncing all fine, until, I copy-pasted the wrong printing template into the KD template with HTML codes, and the task cannot be marked anymore, every time I try to mark it complete, it will crash the whole system.

That may not clear tasks but unzipping this file under My Documents\SambaPOS5\Database Tasks folder and executing Database Tools > Clear Tasks will clear tasks. Also restart SambaPOS to ensure Task Caches are completely cleared. [CBL]Clear Tasks.zip (197 Bytes)

And after executing the task, it did clear all the messed up tickets on KD Task Editor. but that is when I started to have this sync issue. Thought I might share this as well if this can be helpful when someone from SambaPOS try to solve the codes side of things.

But Thank you again for the suggestion, it really helped a lot!

There is a known issue with task and refresh. We have never figured it out.

Out of curiosity, did you try putting check-mark to disable cache (under the Settings options)?..with the Broadcast Message removed, with auto refresh enabled & set to 0. 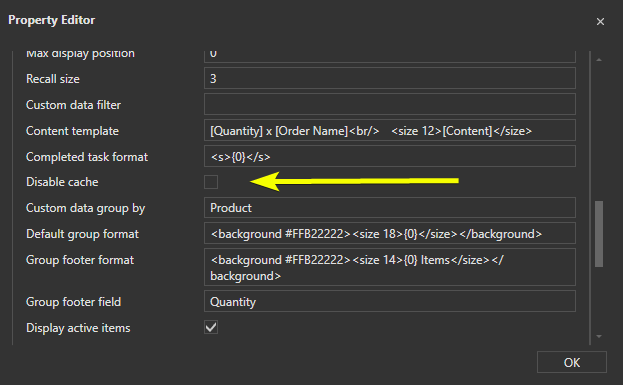 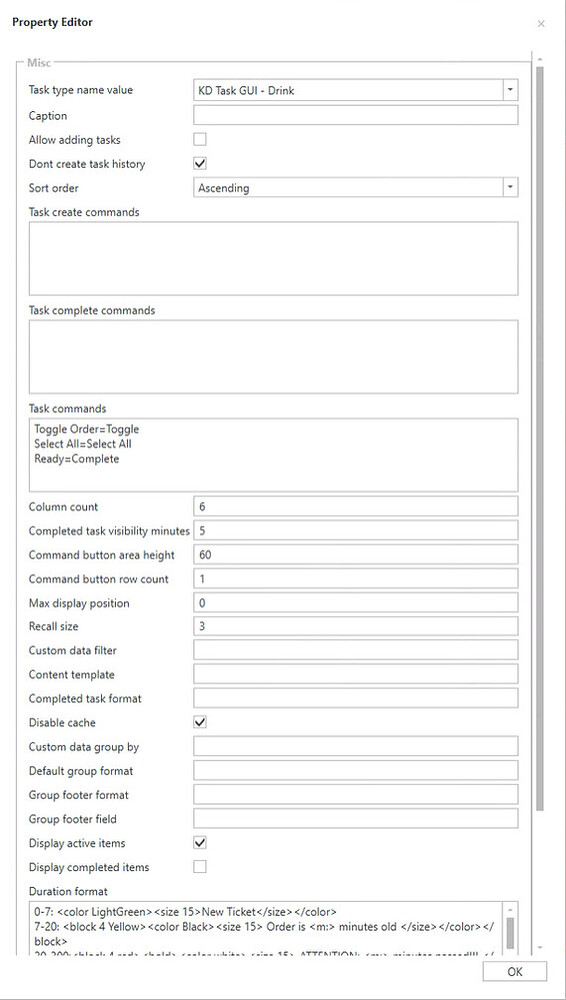 It is ticked at the moment 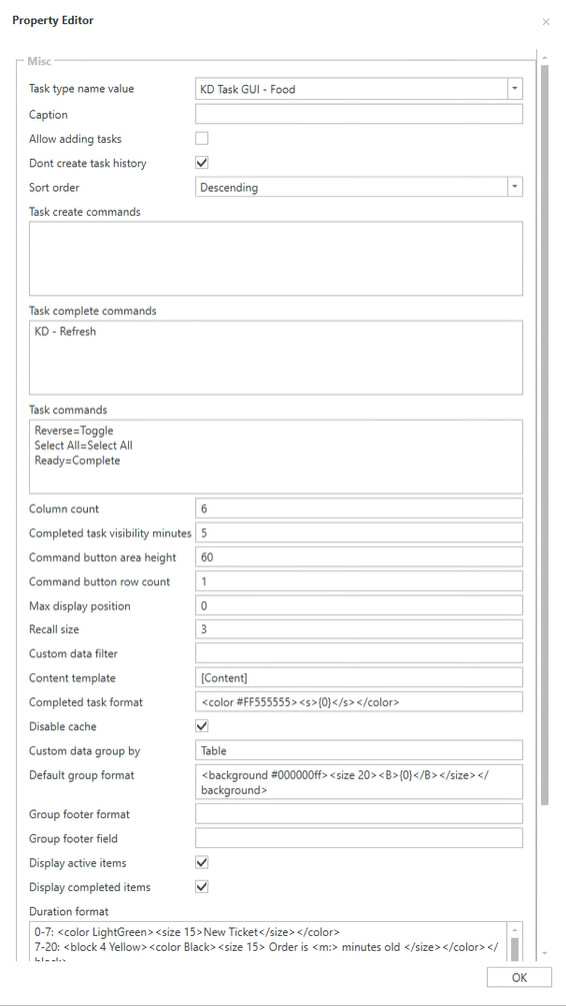 I have tried the Disable Cache before this, and it is still the same problem.
Yesterday, Nizam from SambaPOS support was playing around in the settings with me,
this was particularly what he was looking into.

The cache disable method worked before I executed that Task Clear task in SambaPOS.

Thanks for checking. I’ve read people trying the Auto Refresh and the Time. I haven’t read anybody trying to disable cache.

Thanks for checking for me and letting me know what you found out.

From what I’ve read, @Nizam does a great job at helping people.