I need to be able to automatically add a service charge of y% when a waiter creates a ticket with 8 or more guests.

I’ve created a ticket tag called “Covers” (selection required, ask before creating ticket), with options from 1 to 20. I also have a rule on the Ticket Tag Selected event that is supposed to then apply a service charge when the Covers > 7. The rule is being applied correctly, but I don’t know how to apply a service charge using an Action.

I’ve tried following How to add services charge?, but this applies the service charge to all Tickets, not just where a ticket tag is set to a certain value.

There’s an old post here (http://forum2.sambapos.org/index.php?topic=366.0) that suggests using a “Service”, but I believe that there aren’t Services in v4 anymore.

Anyone able to assist?

Update Calculation Action is what you need. Did you make a calculation already? 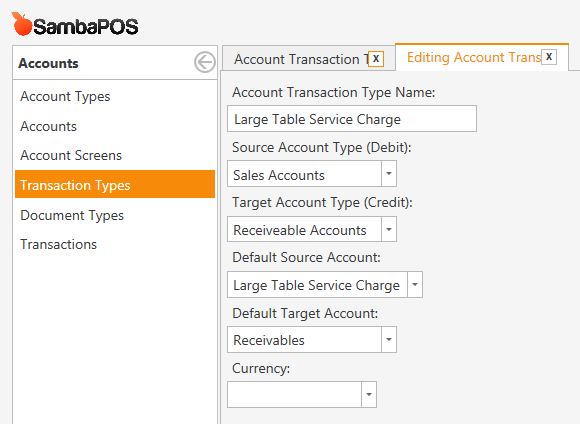 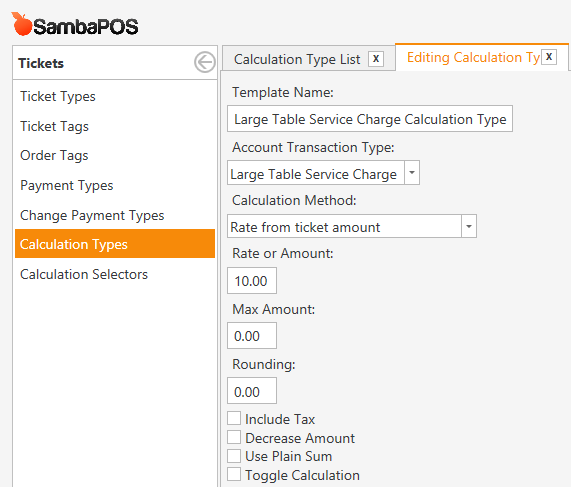 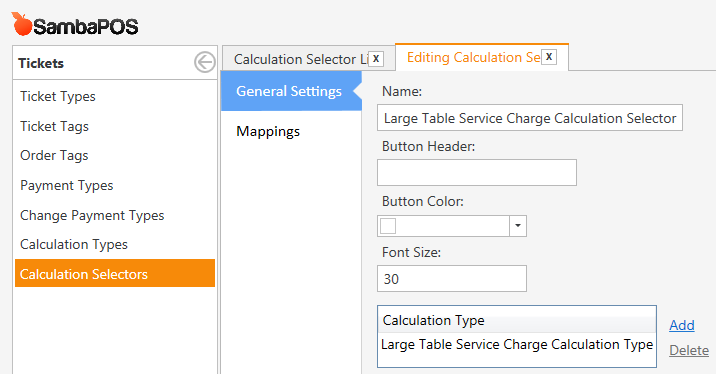 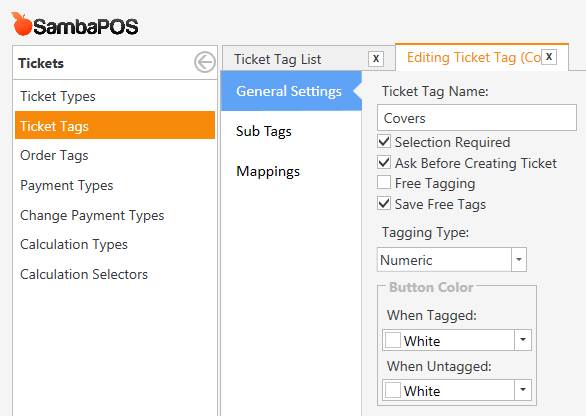 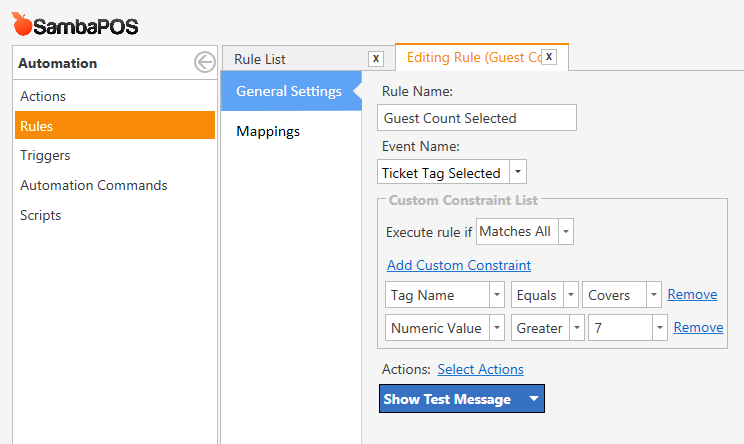 So on this rule I would like to add an Action to automatically add the service charge as defined by Large Table Service Charge Calculation Selector.

When I create an Action, and select the Update Ticket Calcation Action, I set this:

But what is the amount? The rate is defined in the Calculation Type isn’t it? What should I put in here?

First you do not need a calculation selector.

Second set your Rate in the Calculation to 0 not 10. Set 10 for Amount in the action and set reset ticket to true. Add that action to the rule

Brilliant. That’s it. Thank you very much.

For reference, this is my new Large Table Service Charge Calculation Type: 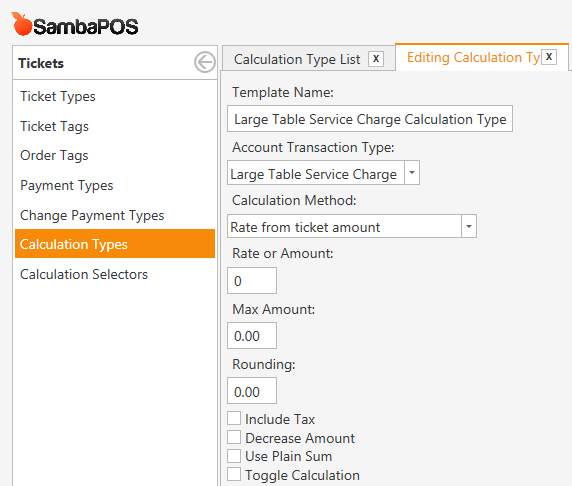 This is the Add Large Table Service Charge Action:

I would like to add an automation command that would allow managers to remove the service charge.

I added an Automation Command, mapped to only Managers and Admins, with a rule that executes an Action setup like the following: 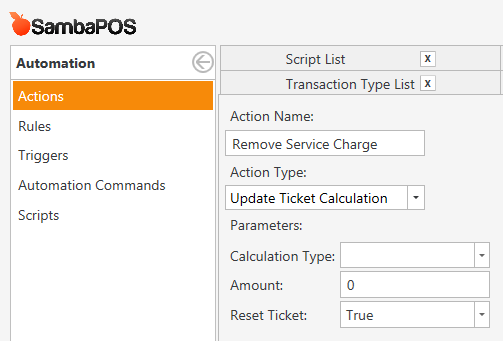 2/ Upgrade to the latest version of Sambapos.

In your Update Ticket Calculation action :

Note: Amount can be blank

By the way, @Jesse what is the specific effect of setting Reset Ticket as True ?

Will this automatically reverse the transaction in the Large Table Service Charge account? Or doesn’t it need to, since the ticket has not been settled, and that transaction has not been added yet?

It just takes the calculation off… as if it never existed.

Semi-off-topic… is there a release notes section somewhere on this forum where features like these are announced?

Typically he tries to give release notes in General Forum category… sometimes he releases fast quick fixes and they get overlooked. But generally he is pretty consistent.