Sorry for duplication, I thought it was portion not update things. I don’t think it was that problem now.

It works fine if you do not use ask question. So let me look into why ask question will not apply it

This is only when the automation command (same one) executed by Edit Product Property. It works if I press the actual button.

It is because you have to press Close or select another item. Let me see if i can find value for Close.

Yesh, it just weird if it execute automatically, it seem like it just wait for “Enter Key” things like that. 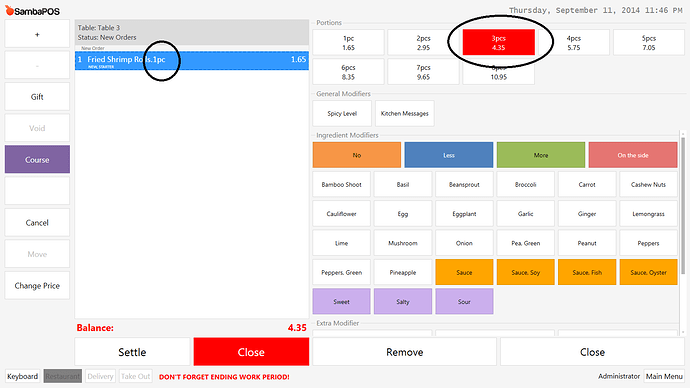 I have reproduced it… I know why it is doing it. I am trying to see if we can find a solution/workaround.

I press hamburger and I get my question: 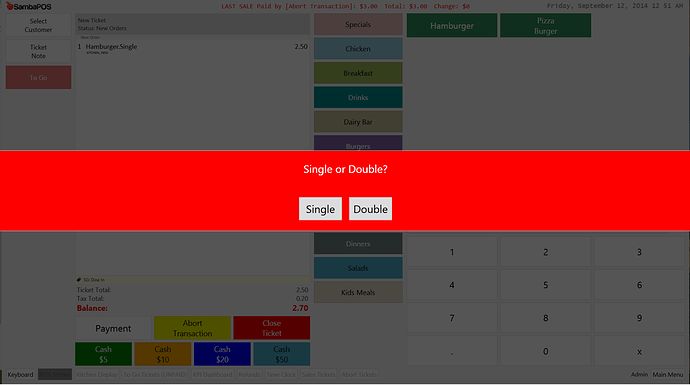 I pressed Double and it sets it as double: 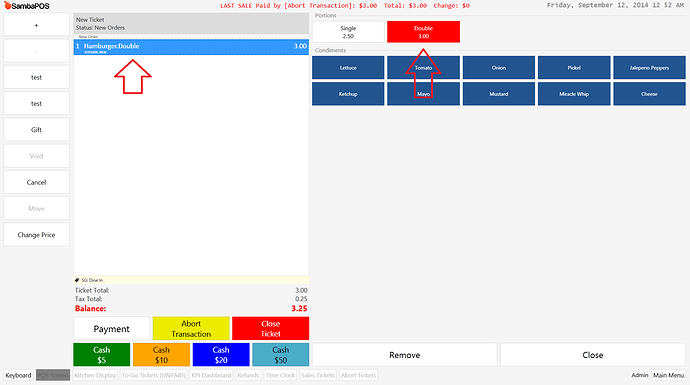 Can you show me a screenshot of your action and your rules? Something must not be configured right.

You are missing Value… you should have a separate Select portion Apply event for each portion… and it should have a command value based on what portion you pressed during the question.

Inside each rule you should have the standard Automation Command Executed Equals Your automation apply command
AND also Command Value Equals PORTION NAME then add the action to update order and fill in the Portion . 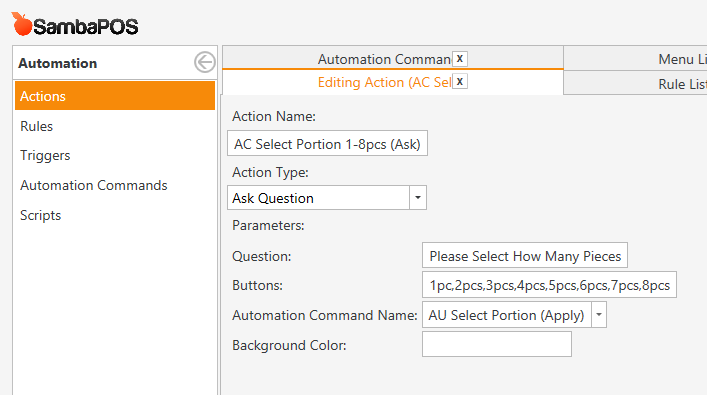 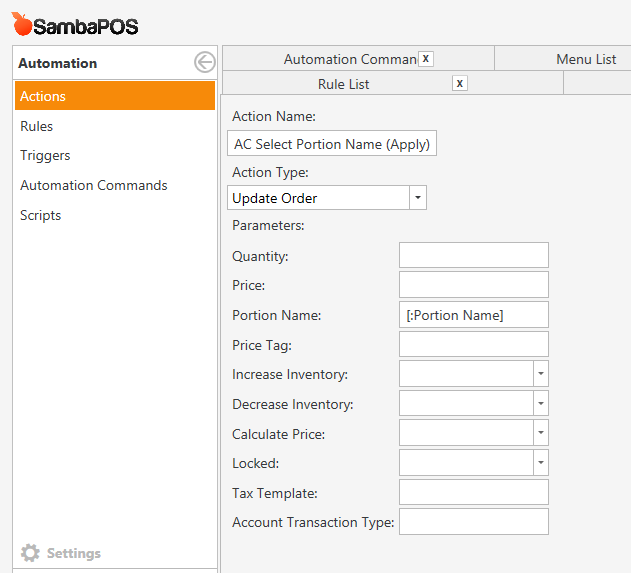 You are not telling it which portion to apply basically

You would need separate rules for each portion something along the lines of:
You can take out refresh ticket it does nothing. 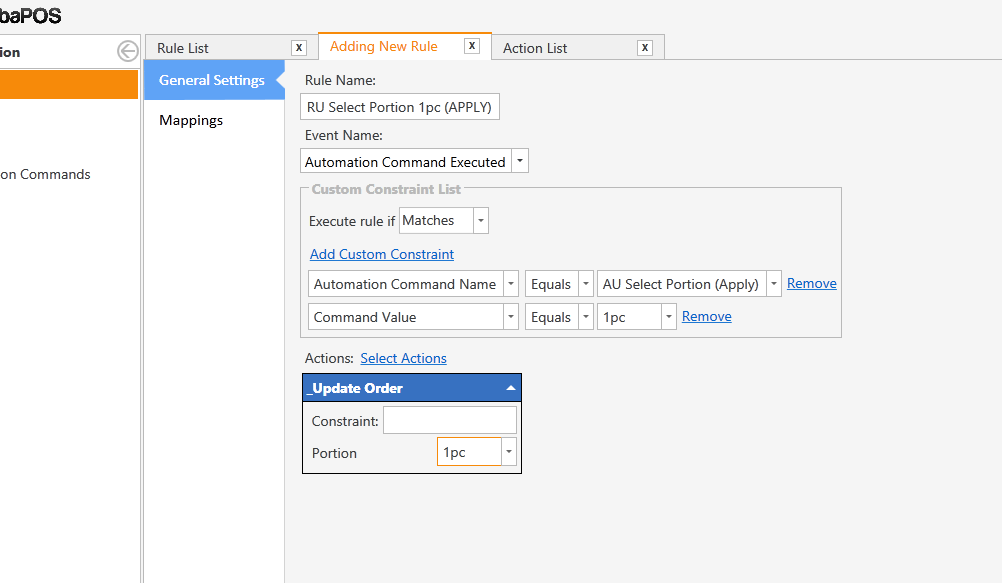 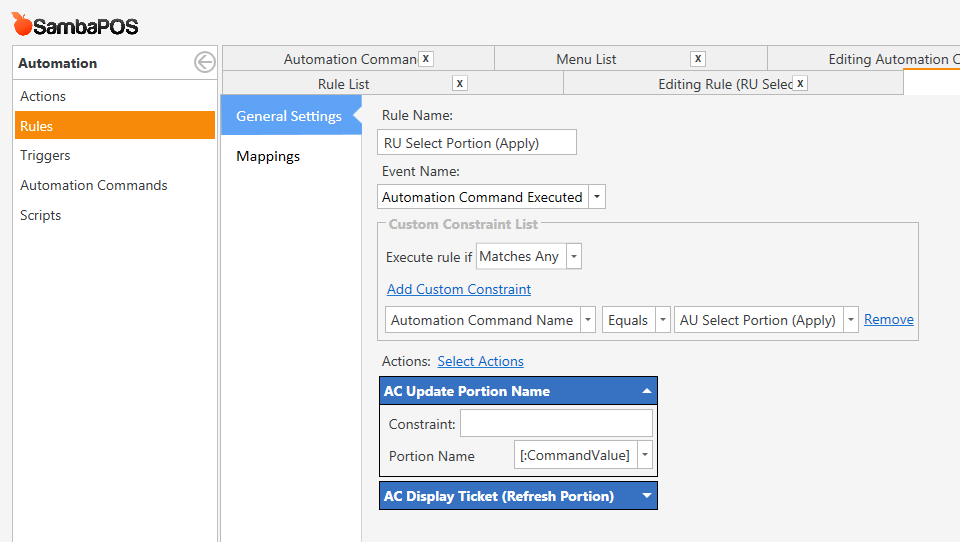 In your question action it should be 1pc=1pc,2pc=2pc and so on

Did you execute it by goto Menu -> Select Catagory and Edit Product Property?

Yes you still have something set wrong.

I don’t know what wrong but if I PRESS on the automation command button, it working properly