Do you have any other rules with a pay ticket action?

If you want to PM me a backup I will take a look quick and tell you the problem but is better to solve publicly with screenshots for the good of other people.

Just wondering, using v5 trial , with no database ,do you think this would make a difference?

OK, feeling silly , it just wasn’t showing change, possibly cause I haven’t gone that far, ie ticket total 4.00 so if I hit 5 it just said charged 3.00…

Looks like it, really appreciate it, also followed your change tutorial and it’s working 100%

OK, another quick question: my colleague is testing v4. With a multiple terminal setup, (I think this may have been covered elsewhere, but can’t seem to find it) now … we have the two terminal set up in quick order layout, logged in under different user ID s , but both seem to be applying items to the same thicket at the same time?

not sure exactly what you mean?
multi terminal a 2nd terminal wouldnt be able to start the same ticket at the same time?

I thought that, we ve done something wrong,
One last thing , I have implemented the change feature according to your video, very good, is there anyway to automatically close the ticket , let’s say when you press the OK button

I often use the close ticket option built in which is either ticket or department option if I remember right, maybe terminal.
Or build a close ticket action into the flow.
Last setup I used a custom close ticket and logout command rule for increased control but built on option generally fits most purposes.

I have get same problem, when combine show change due after that ticket not close, but if i settle at payment screen it will close ticket after show change . So i remove automation command button value, make 1 rule for 1 type of fast payment.

Two issues I have found so far , hoping you may be able to help, first is that when I use the fast cash buttons the tickets still says unpaid, second and this is a minor issue(just being fussy really) but if say the total is 14.00 and I tender 15.00 IE, 10+5 the amount tendered in the shows only as 5. IE the last amount that was tendered instead of the total tendered,

You would not typically use fast cash in that way, it is typically used for those denominations,
If you want total tendered you would need to adjust the message to use a different tag and add a constraint like remaining total = 0.

For your example of 15 tendered that would be what you would use the open tender cash button and type the amount entered or use the settle screen.

If you wanted to - which I have done before you could limit the command buttons to only work if the tendered amount is larger than ticket total in the rule constraints.

I see were you coming from , other thing is you could probably have 15/25/30 button s as well , what about the issue of the amounts not being paid when you use the fast cash buttons,

Thought you sorted that?

No, that was the buttons not applying the proper amount, remember, …that’s sorted,my problem is that if you settle a ticket the long way, IE,with the tender screen, the ticket is paid , done , dusted , gone, etc, but if you settle it with fast cash, it appears to remain as unpaid ,so when you go into tickets it’s still marked as unpaid and there’s no way of getting g rid

OK, think understand, but does it get marked paid on ticket closing?
There should be before ticket closing rule which handles that. 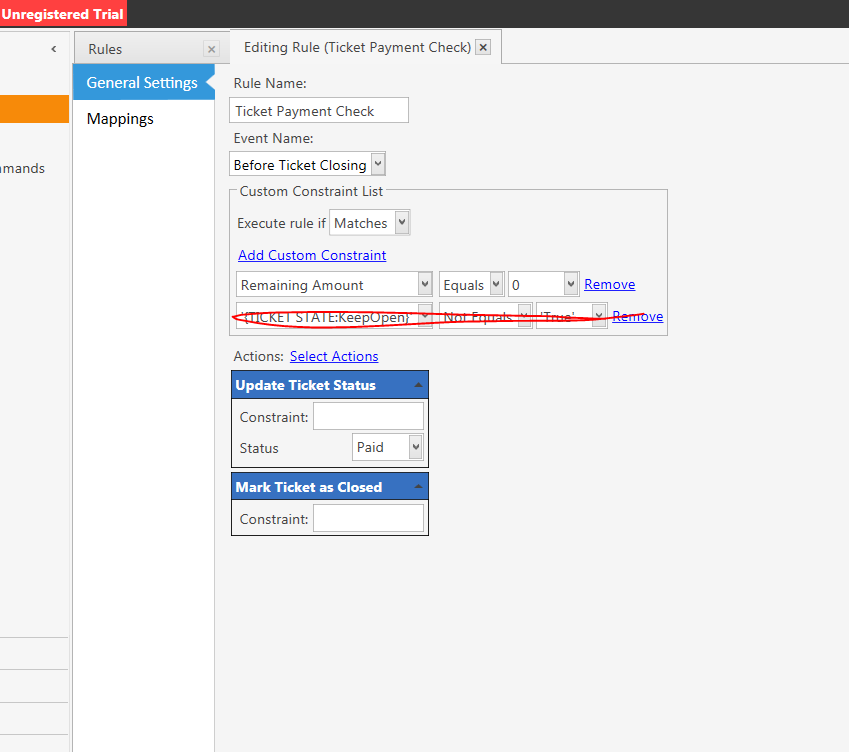 No that rule does not seem to be there, but can make it , …now I really want to have a situation were , after I tender say 5.00 and I get the tendered amount and the change etc , the ticket would automatically be closed and I can start a new ticket, any idea were I could get a n example

It is there on default setup??? 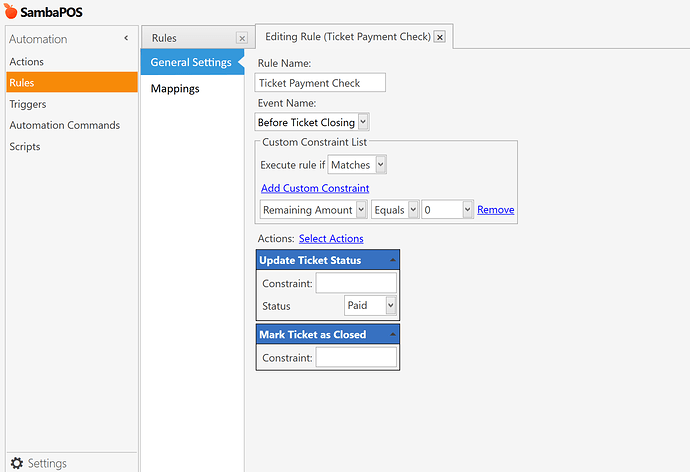 On my full system, I have extended the flow.

Instead of the change message like in tutorial I added an extra step; 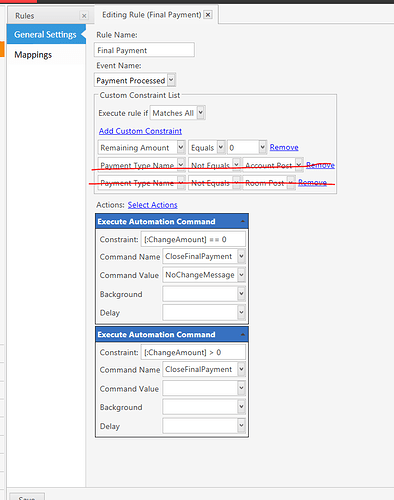 The two actions trigger the next rules based on change amount; 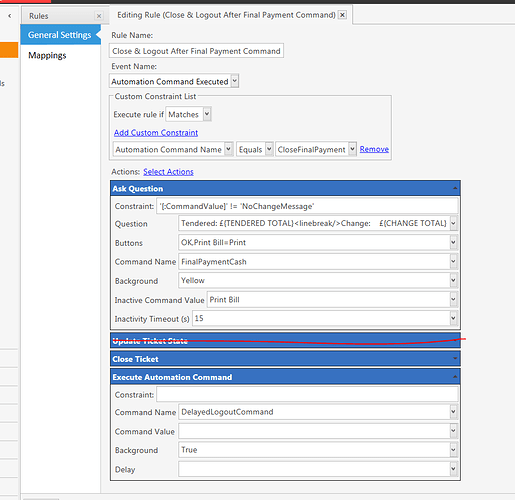 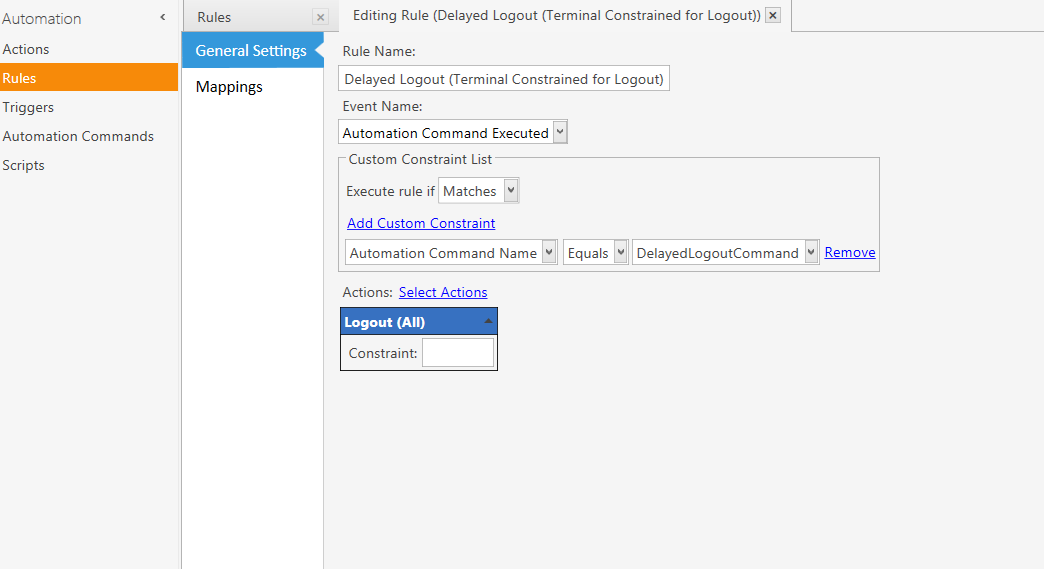 The ‘True’ for background makes that command wait until all other actions are finished.