There is a problem while printing. Check printer and printer template settings.
Error Message: ‘Initialization of ‘System.Windows.Media.Imaging.BitmapImage’ threw an exception.’ Line number ‘1’ and line position ‘296’.

@emre, could you enhance this error message by including the Print Job that is failing? It would help to track down which Printer and which Template is being used during the failure.

I haven’t used the HTML printer, so there may be an issue with that printer type that @emre will need to look into… does it support <XCT> commands?

This is probably a permission issue. Can you move image file under [My Documents] folder and try it again?

Under “html printer” mode:
<BMP> works only if the image is in My Documents (@emre you’re right about this).
<XCT> does not work. Is this a bug?

Thanks for the help. Hope the above is useful to you as well.
Aaron

This is not a bug. Unlike Ticket Printer or Port Printer, HTML printer does not interact with printer directly. That’s why it does not support <XCT> tag and image processing is different.

… also I’ve checked error message to include print job name but that part is a little complex than I expected. I’ve noted it for future updates.

My printer logo is in C:\Users\MainServer\Documents\ and it works fine.
But my the account names on my client computers are not “MainServer”, so when they try to print the logo, they get an error.

I am using XCT command to print the logo.

But it is left aligned, how can I print it in center ?

how can I print it in center ?

I’m not sure if this will have the desired effect, but you can try Enable Center <EC>:

If that doesn’t work, you will need to modify your logo by changing it’s width and adding blank area to the left side.

Please report back to let us know if the <EC> command works or not in this case.

I am trying to do this with a Proline Bixolon SRP-350ii and I cannot figure out how to sent the “<XCT>” command to it, the documentation for the printer is rather cryptic. Please could someone assist? I have tried those already defined by others in the forums and they did not work.

My image is stored in the printer memory at address 00 and the one page says I need to send “FS p 1 0” in the header.

You need to translate the characters into decimal:

The command you’ve given would then be:

@tarnalcock it will be better if you can improve your question by adding more details about the command you need. It can be the screen shot of that manual “page” or something else that can help us to answer question without having to guess possible parameters.

You can visit this topic for an example:

it says here that does not accept the command[image] However, in the settings you can decide the size [image] as you turn the printer settings are reset! Strange …

You need to translate the characters into decimal:

hello @QMcKay,I tried converting character with decimal, but not succeeded
my printer is BIXOLON SRP 350III
any idea? help

appears in the header of the printing FSp
Cazz. 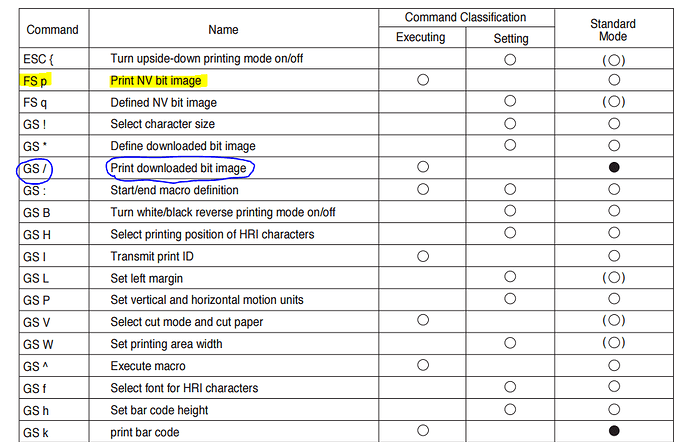 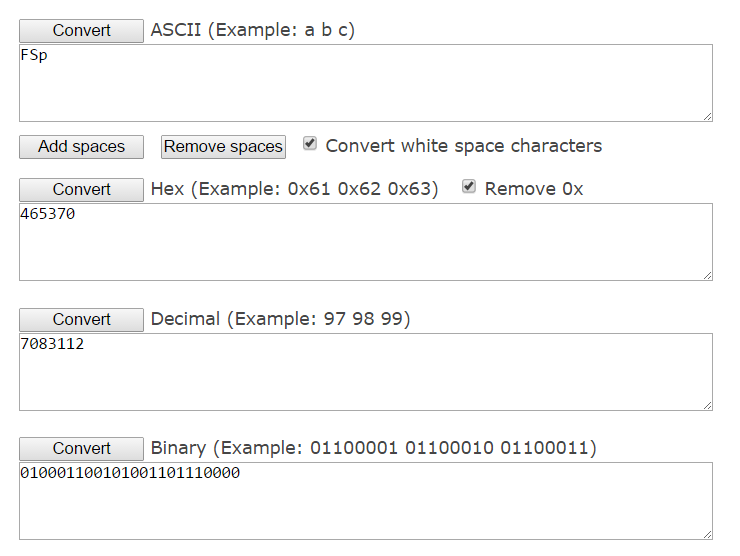 You can use an ascii table for finding decimal values of commands.