Hello to all !! I wanted to ask for advice on how to build a PC server
in particular are undecided on the processor, just a Pentium G3350 dual-core or better a quad core i3?
The PC must manage course SambaPosV5 and SQL Server, two users used remotely from ipad, and office tools. 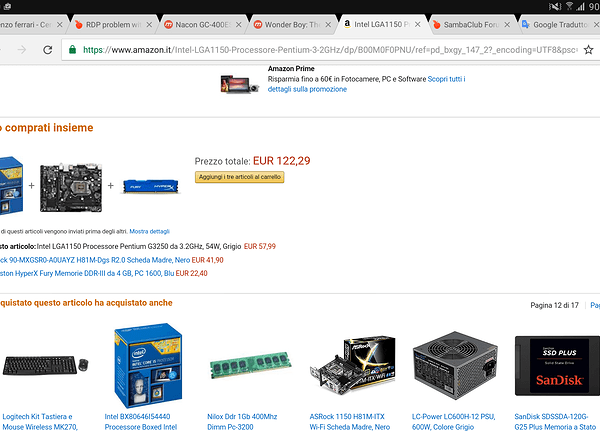 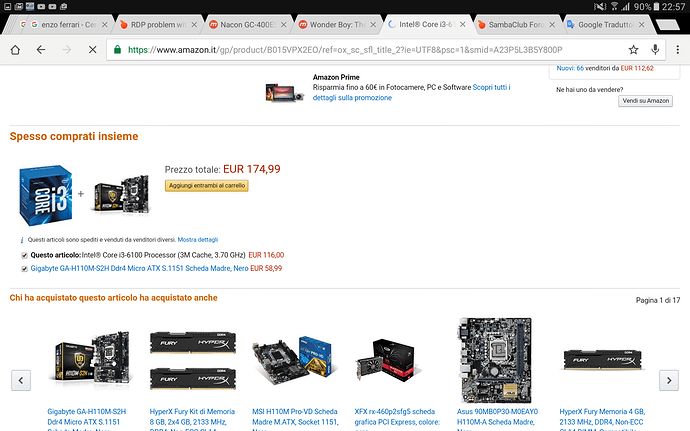 Largest setup I have done is 5 terminals which was powered from a core2duo 3ghz usff fell PC which was one of the terminals, just upped the ram on that machine.
My ‘own’ instal has 2 terminals and a seperate server which is an early i3 which I uphraded to 8gb ram and ssd with hope of adding tablets and other functions at later date.
The demands on that kind of scale are not huge so just get best you can afford for future proofing.
As for building your own, while I have in the past but allot of the time it’s more hastle than it’s worth, get a respectable stock machine and upgrade ram and switch to ssd hard drive and you’ll be golden.
I’m a big fan of the dell optiplexes using the USFF 780 core2duos for all terminals in all my installs and where needed the SFF models for extended slots etc for more ram and seccond hdd for raid etc.
They are very affordable, small and parts are readily available and will be for good time in the future.
Late core2duo and early i series are readily available on eBay for good prices from office clearance/upgrades etc.
Average price on c2d machine I pay is between 60-70gbo with 4gb ram and maybe 250gb hd, small ssd arround 30-40gbp, ram is older ddr3 so pretty cheap if upgrading.
I3 sff ones I bought were arround 120gbp
RAM and using an SSD will likely have more noticeable impact that a slightly newer processor.

I would say the most important thing is that you install SSD and make sure you have at least 4GB RAM.

Hi good people, I am new to SambaPOS and I am planning to use it for my cafe. I am thinking of using on Desktop PC as main POS and 2 tablets (Android) as peripheral POSes for the waiters. -Do I need also a server as an addition to the Desktop PC or the Desktop PC can do the work of the server as well. If yes what should be the CPU and RAM to support the solution? -Do I need access points for the tablets (mobile POSes) or they can communicate throught WiFi? I would appreciate much if you coul…