Creating a quote without record

Hey guys. lately I’ve been jotting down scenarios with all type of possible outcomes.

One crossed my mind and that is making a quote. Now As far as I could see, Currently I’ve only got a setup where a user could insert customer order, and press “Print Bill” and then it would print the order, but it saves it as an open, unpaid order.

What I would like it to do, is sometimes a customer just wants a quote on a product, therefore it’s not really necessary to save the order, it could just be put on screen, a print bill or print quote button could be on the screen, then once the order is printed, it doesn’t save it as an unpaid ticket or save the ticket at all, it would just clear the order screen and move on to the next order.

I can go as far as creating an auto command and put it on the screen to say EG"Print Quote" . But then to assign the print template, and have it to not save the order, but clear itself and move on to next order, is what I would really like it to do.

Hi Shivan - have you looked at PreOrders? I think these were designed for such tasks…

Hey Paul I knew per orders existed but I thought it acted the same way as someone pushing an unpaid order through only later to close it. Does it also record the data in the system as pre order. I’d probably find it best that it just prints what’s on the screen then wipes after printing without recording anything.

Yea I have not used pre-orders myself but I read up on them and they were good for non-value transactions so you can get around closing Work Periods etc.

Do you care about saving the quote for later use, or purely printing the price of the item(s)?

Maybe you can consider doing something like this setup for printing barcode labels? You just create a ticket type for quotes then it won’t get mixed with your normal tickets.

Ok quick questions. The idea was to use SambaPOS to print STOCK BARCODE LABELS - since SamaPOS can print “BAR39” and “QR” codes I thought it would be easy enough to print Barcodes directly from SambaPOS using Automation.

So can someone verify you cannot use “BAR39” in a Report Template? Seems only available in Ticket Printing. So if this is the case I must be in a Ticket right, as Ticket Template Commands typically require a Ticket? So the next idea was when a Stock Item is selec…

Make an Automation Command for Print Quote, then use it to print a Ticket, Cancel Orders, and Close Ticket. This will prevent a Ticket being created… 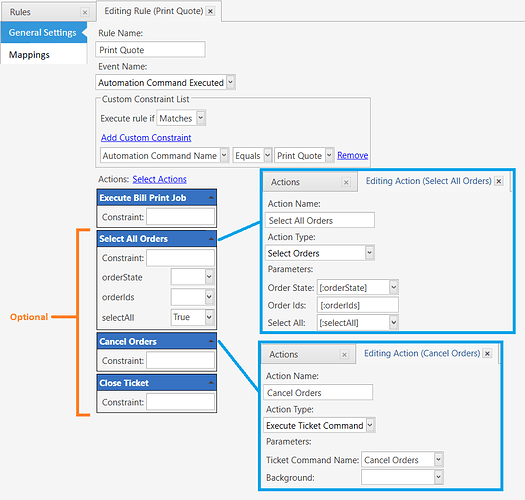 EDIT: Hmm… I am actually losing a Ticket Number when I do this, which indicates a Ticket is created or “used”, though it is not shown in the Ticket Explorer… 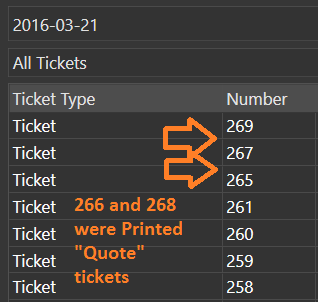 Actually, it should automatically save ticket when print to prevent loophole cheating system.

What I would do is enable training mode and make the quote then turn off.

Yes, it seems to do that. No way to get around it.

So instead, I created another Ticket Type and I switch the Ticket to a “Quote Ticket” just before printing. The Ticket Type uses it’s own Number Generators, so I don’t lose “regular” Ticket numbers in the Process… 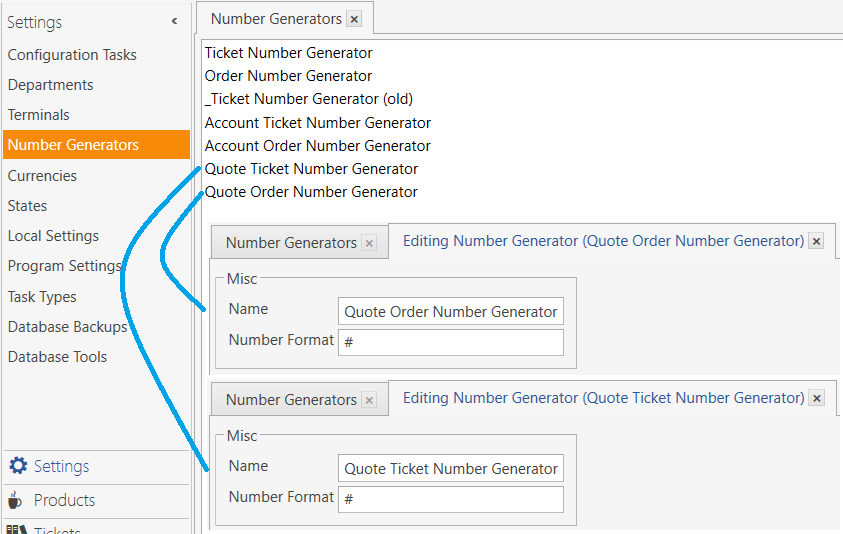 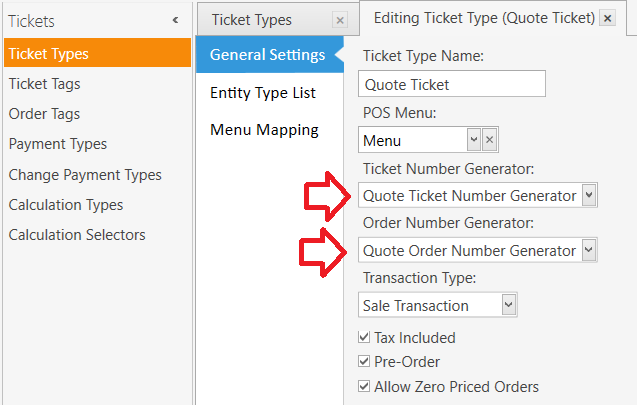 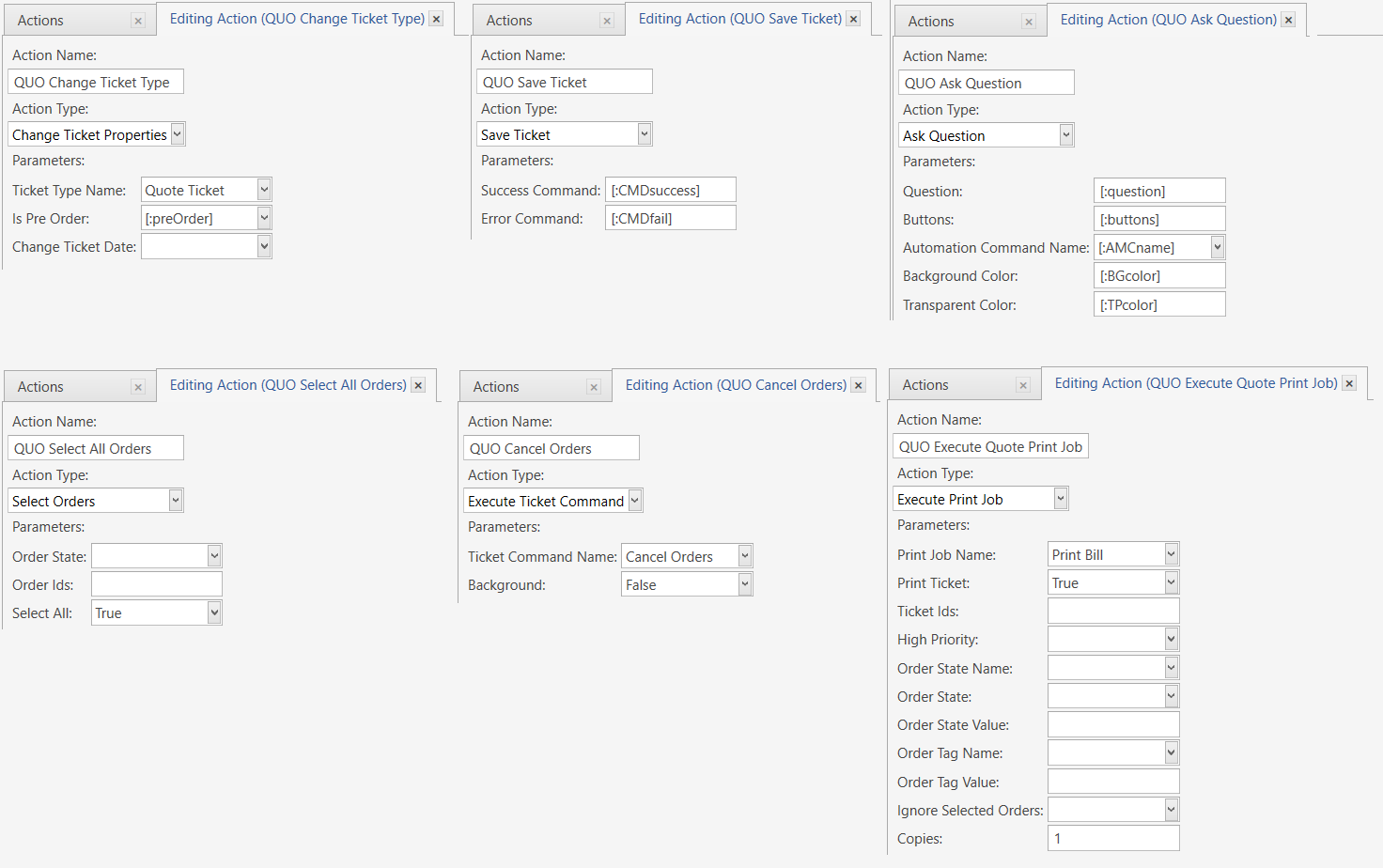 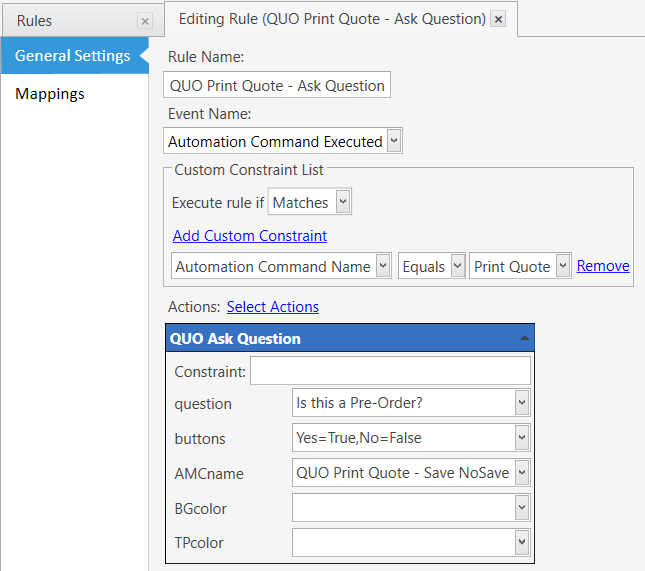 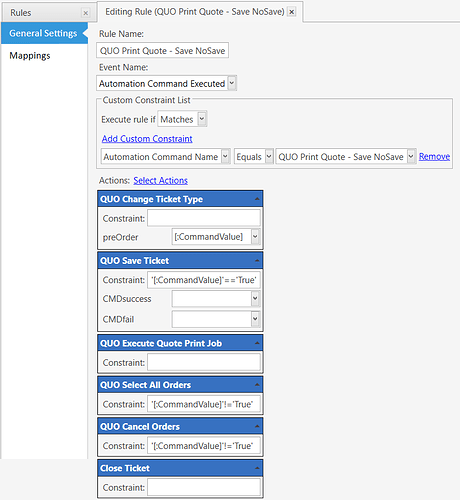 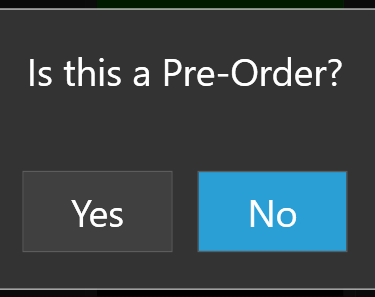