Customer Receipt does not print all products [Resolved]

I added New Orders,Unpaid,isClosed to Enable States, but it does not fix the issue.

Not sure what you mean to expand actions? Should I take a larger screen shot?

You did not show the Print Bill rule yet. Expand by clicking on the actions example: 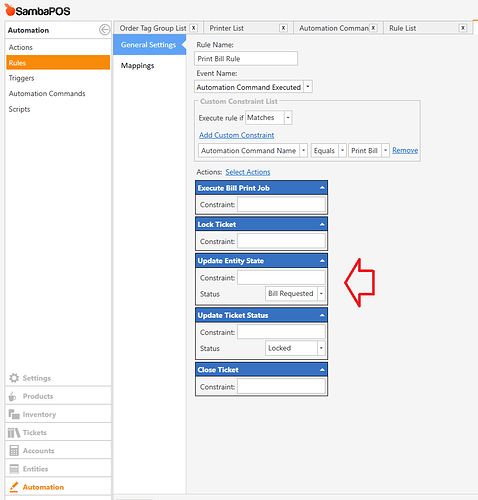 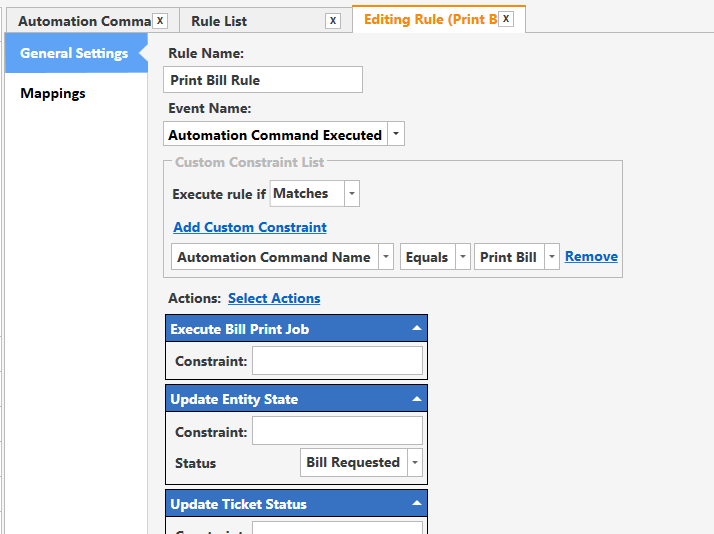 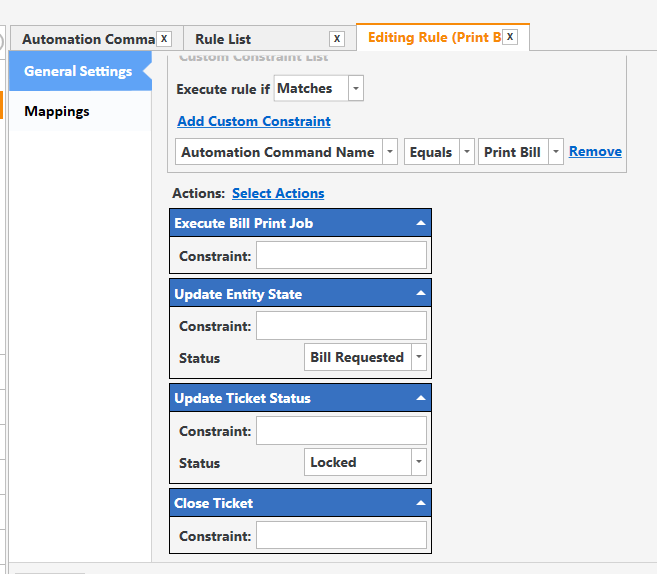 I am able to reproduce the issue. The reason I have never experienced the issue is that I don’t have my Printing Buttons mapped to Ticket Row 2. They are mapped to Ticket only, so I must close the Order Tag selection screen to be able to use them.

Hmm it works fine on mine. How did you reproduce it?

What’s even worse in my case is that the Ticket is closed without having and Entity assigned to it.

And it is affecting both Print Bill and Kitchen Print in my case. 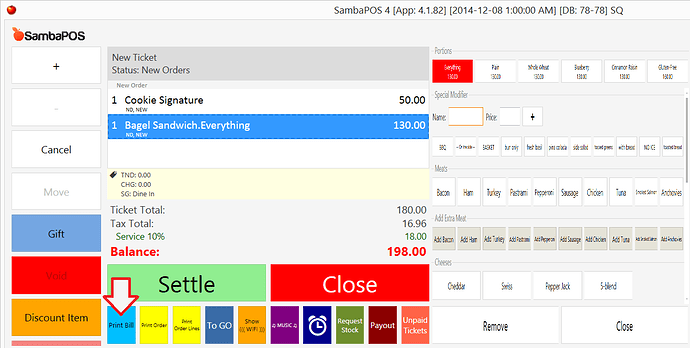 I re-installed SambaPOS on a different computer and I am able to reproduce it.

The first product you enter will be missing on Customer Receipt.

Nice arrow by the way, LOL! 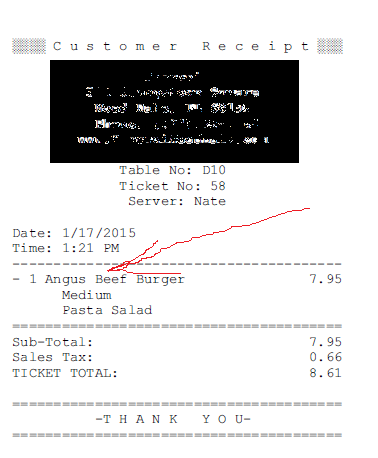 I just wish I could rotate the arrows in Paint.

I would guess the reason is the order is selected so it is printing the selected order only.

EDIT: I was correct if you add Close Ticket action to execute first it will work however this is not a good fix because it messes up normal orders where you do not have Orders selected. 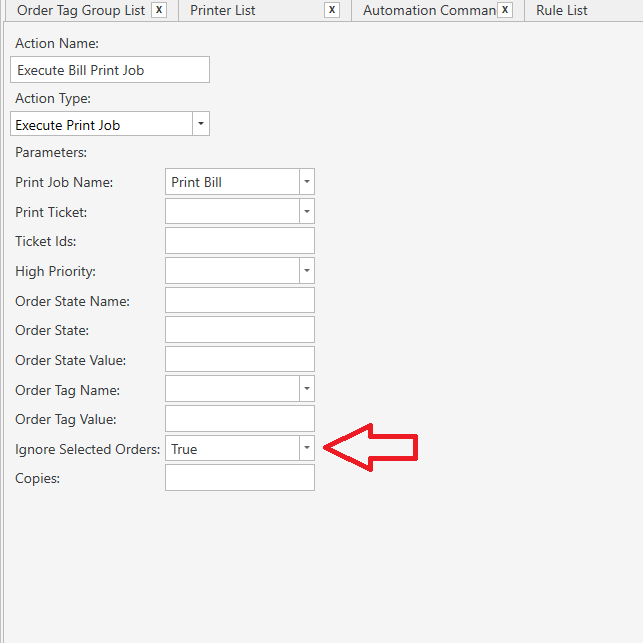 Since the Execute Print Job action has the option to Ignore Selected Orders I would assume there is a good reason this behavior was happening. Due to this being a configuration issue I will change this thread to Question as it is really not an Issue.

So a good reminder is if your business needs require printing bills in middle of selected orders then you must set the action Execute Print Job > Ignore Selected Orders = True.

Good find on the fix @Jesse. I too thought of playing with that setting, but I set it False instead.

I see what your saying and its probably the wording of the Action’s option. Although I can not think of a better wording lol. You would think that setting would tell it to print everything BUT the selected… The reality is it is telling it to print entire bill regardless of selected order and the default behavior is to print only selected order.

I assume this should not break anything else. LOL.

I assume this should not break anything else

I can not think of anything this would break as Print Bill action via a Button is pretty straight forward and a static behavior. Even automated Print Bill functions should still work fine unless for some reason you had a specific setup to Print ONLY selected orders… but even then you could still use the action separately preserving the button.

Thank you @kendash. Your help and dedication is always appreciated.

In fact I do have a button and print job that prints only selected Order lines, and it is set as follows: 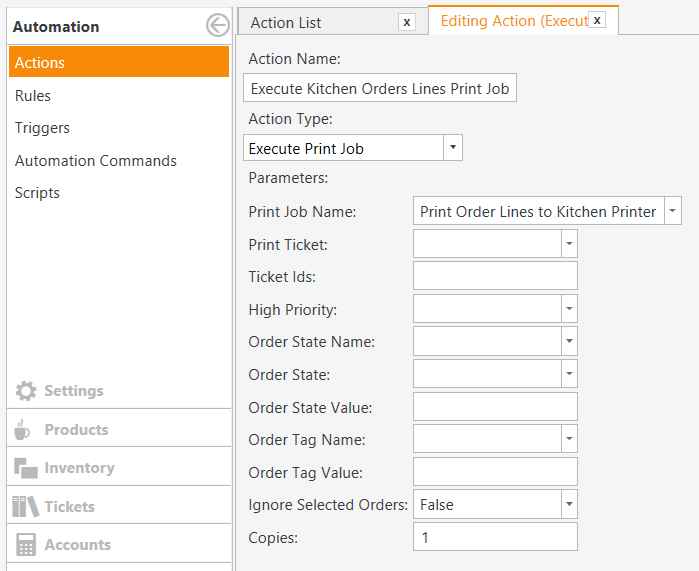