I have deinstalled V5 and delete at the same time following files .After new installation Sampos doesnt create a new Database ( sql 2014) and it shows me always connection error.

Which file excatly must be deleted in order to create a new Database automatically during installation?

You get the connection string error popup right? You can update the string there.
Show screenshot.
Also show screenshot of your sql instance and db list.

I have this pop up. 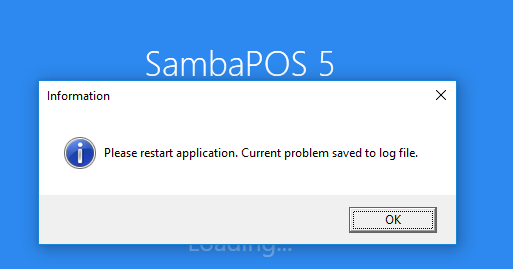 That isn’t normal connection string error…
Not seen that before, might need to see if q or kendash can.comment.

Completly deinstalltion of Sambapos following steps are enough?
Always something else?

uninstalling SambaPOS never fixes anything. Your dealing with a database. The database will still be there. You need to connect to the database and delete the database then restart sambapos so it will create a new one.

That being said please show us what is in the log file. It could be something else.

I get that all the time, it’s when the sql server hasn’t started, just need to open services and manually start it

@RickH
You mean this 2 Services? 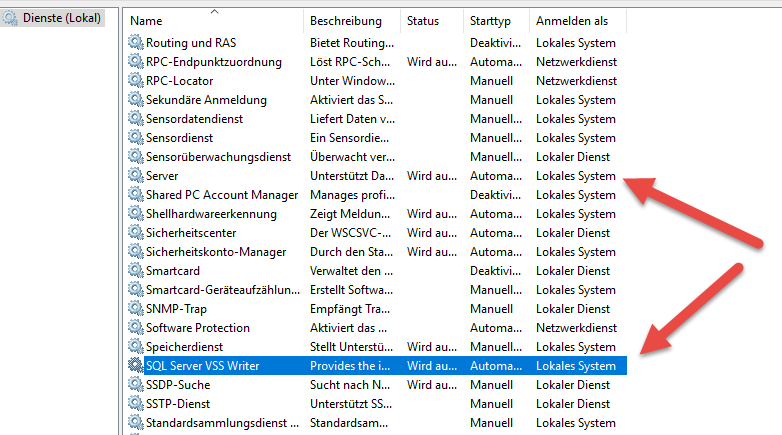 Should be one called SQL (then your instance name) but your in the right place. I get the message when the service is stopped so I just restart it and samba opens straight away when re-opening it

Looks like he does not have SQL Express installed.

in Control Panel i see MIcrosoft SQL Server 2014. But i dont see under MS Services.
It is very interesting, i deinstall SQL Server from Control Panel, SAMPOS POS starts normally, BUT with Info: Sambapos is starting without Database, We recomended to use one. I install again SQL 2014, Sambapos doesnt start att all !

Your using LocalDB (single user) so it’s not a service but a user process.
It sure of your popup but I always prefer full SQL express as know it and find it easier to problem solve.

@JTRTech you mean install SQL first then install SAMBAPOS, I mean without installer inside of SAMBPOS?

I have installed SQL separatly (not with installer of SAMBAPOS), Sambapos starts without Database, normally it creates one if it is not present, correct?

Your screenshot there shows sql localdb which is the version that comes in the samba installer.
This is the single user version, it doesnt run as a service only within the user session and only allows single terminal.
Personally even on a single terminal system I still install SQL Express (full version that runs as service) as im more familier with it, it comes with sql manager which you usually end up needing to download anyway to troubleshoot localdb.
SambaPOS without a connection string (what it would be after deleting the settings.txt would have no connection string and try to use localdb, after that it resorts to txt file which you definatly dont want to use.

why it can not create a new database if not there?

Because you messed it up by tinkering with it and doing things when you didn’t know what it would do. Run the installer again and choose localdb 2014 when you install.

Or install SQL Express 2017 and then change your connection string to connect to it.

I made what you said about SQL Express 2017, it doesnt create a new database automatically. 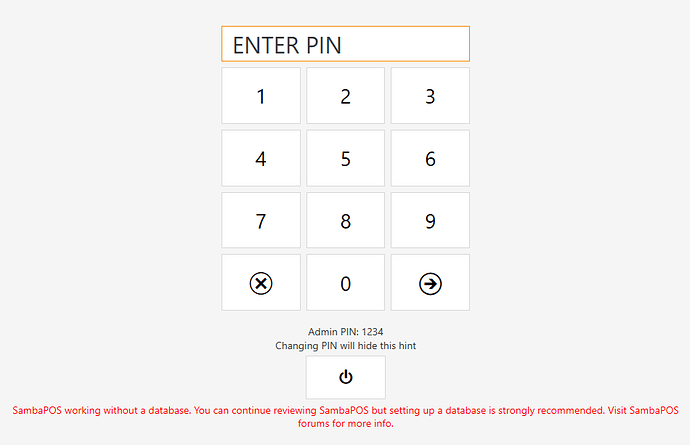 Look here for instructions. These work for 2017 as well