Do we have a way to do some form of entity grid enabled state?

Do we have a way to do some form of entity grid enabled state?
Would like to disallow selection of a room if state is vacant HOWEVER would like to keep all rooms still visible to keep same layout.

If not how can we automate removal of entity?
Trying to use Change Ticket Entity but cant seem to get it to remove the entity.

Trying to use Change Ticket Entity but cant seem to get it to remove the entity.

Try use entity name that does not exist like dot, not empty.

You may also want to read this. I think it is similar to what you asking.
http://forum.sambapos.com/t/resolved-request-entity-screen-custom-automatic/5664/10

If you leave it empty then your not telling it to change entity to anything. It has to have value so changing to entity that doesn’t exist should work.

Btw you can assign automation commands to entity buttons and constrain that to any rule custom constraint you want. Assigning a command overrides default select behavior. Related entity info can be passed by command value.

This would give your desired results. Clicking entity button that doesn’t match constraints would not do anything.

Pretty sure you can assign commands to entity grid as well which would override it’s default behavior as well. Related entity info passed via command value as well. Basically you automate assign of entity instead of using default select behavior. This allows constraints.

Thanks kendash, dont know why I didnt think of that in the first place, is what I did on the last room based screen…

Am strugling to recreate though… 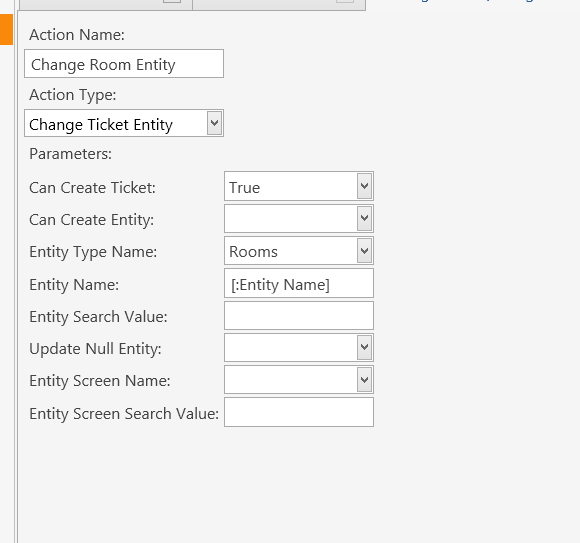 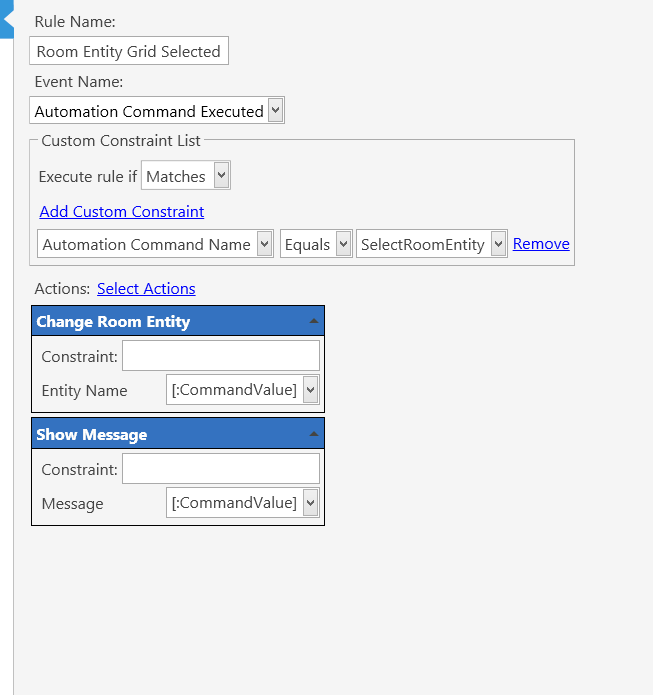 It creates a ticket but doesn’t select the entity, the message shows the rule is fireing and command value is the entity name…

@Jesse any ideas on this? Am pulling my hair out trying to workk out why its not updating the ticket with the entity…

You need to have Update Null Entity set to true or it wont update a ticket with no entity. BTW you can also use Search Value instead of name and can read custom fields there. 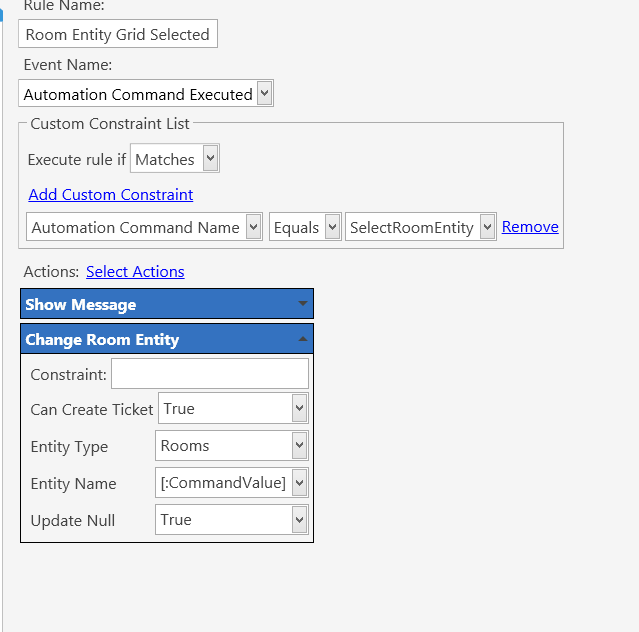 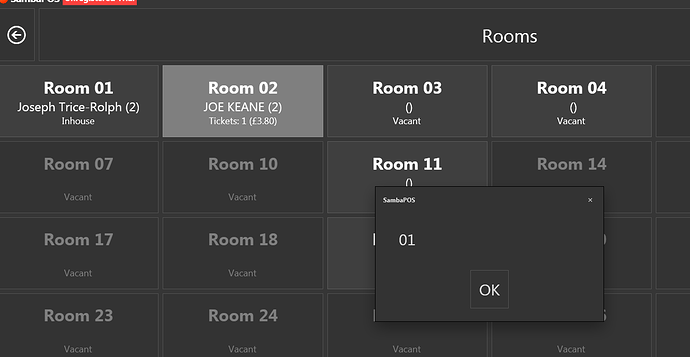 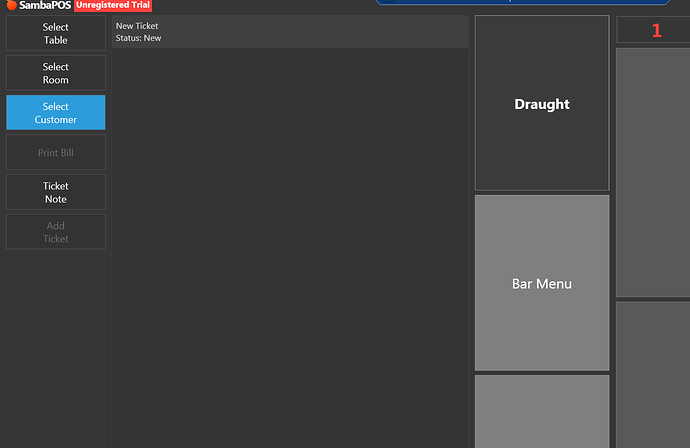 Add a product does it update to show entity?

I use this method let me check my config to see if you missed anything one moment.

nope, still no luck, am missing something somewhere…
No command works fine like normal…

Here is my action. 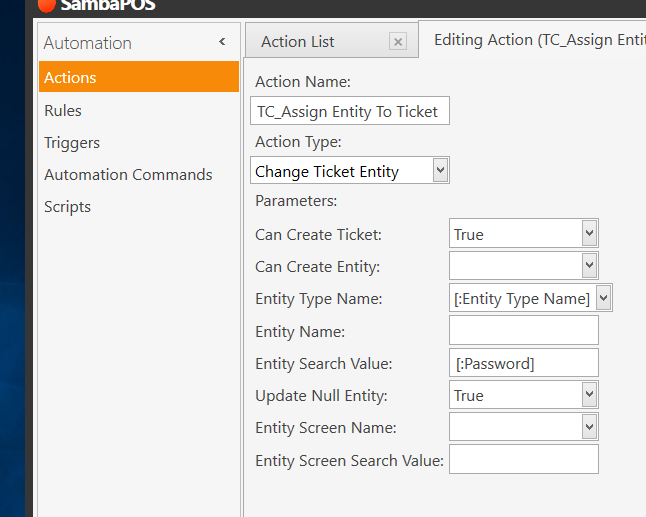 How are you creating the ticket? 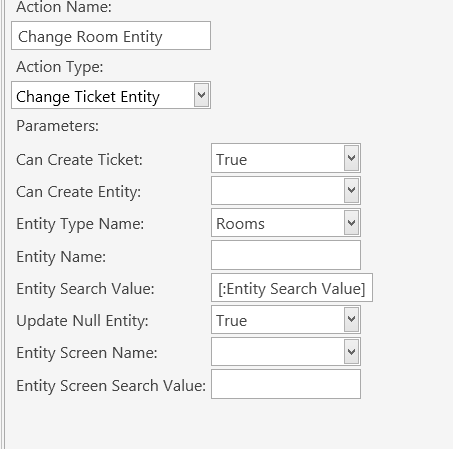 How are you creating the ticket? You must automate ticket creation since your not using the default method.

Sorry? How do you mean…
Doesnt work if ticket is already created or no before going to entity screen. 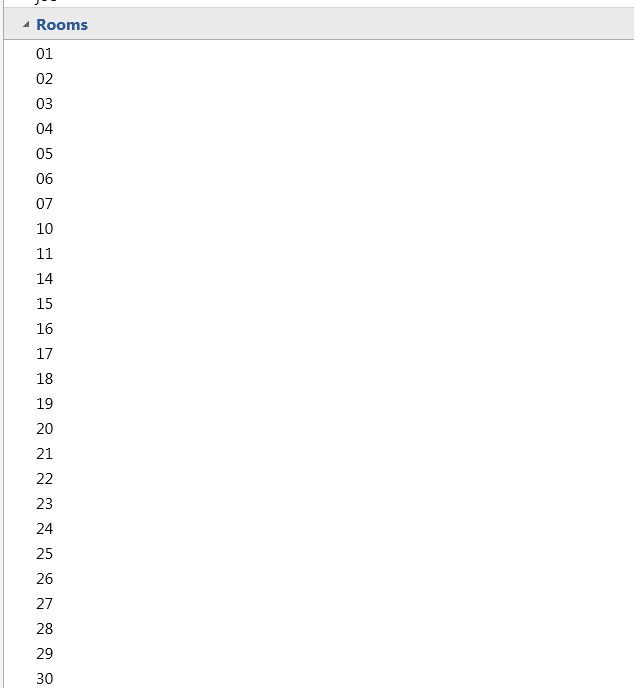 Ok let me replicate a screen like that and ill test it. I am using Ticket Created event to add the entity. You might need to load that entity first then assign to ticket.

Give me sec ill build a replica of what your doing.