First use of inventory

Having a quick play with inventory following a question from a client but am struggling.
Defined an inventory item for Fosters; 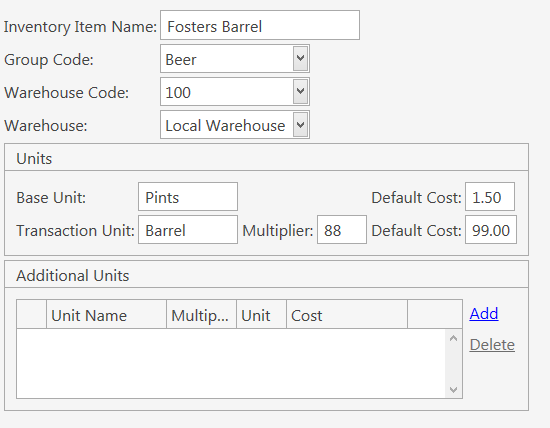 Defined a recipe for Fosters Pint and Fosters Half; 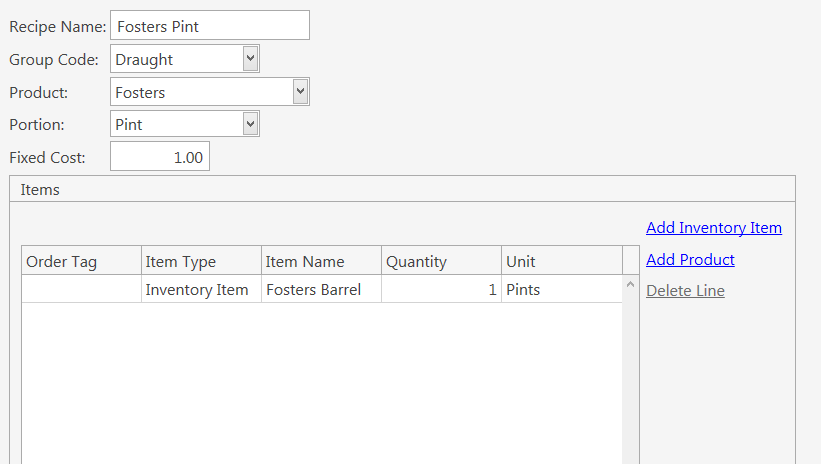 Put through a purchase of a barrel of Fosters

Rang through a few Fosters. 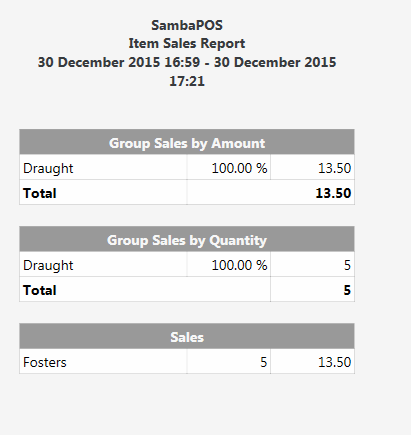 However my inventory/warehouse just shows 1 barrel;

What am I missing…

I don’t need to setup inventory product do I? These are for ‘premade’ sets of ingredients like meatballs to be used multiple times quickly right?

You do not need an Inventory Product. You only need:

Thats what I have but doesnt seem to work, have missed a trick somewhere.

Check your Department Warehouse. If it is not set properly, a product sale will not consume inventory. 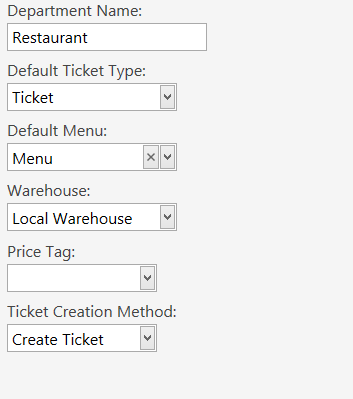 Havn’t touched the inventory side of samba on this install.

As another suggestion, change your Inventory Item definition so that you can track Pints consumed rather than a percent of a barrel. To do this:

Show your Purchase Transaction, and an actual Ticket Sale.

Ok done that but still not consuming inventory?!?!

V5 should do Consumption/Cost/Profit Rate on-the-fly, but maybe since it is the first time for you, have you tried ending the Workperiod and start a new one?

Done a couple of times, still no luck

show your end of day records…

Weird. Fosters isn’t an Order Tag is it? It is an actual Product, correct?

Let me check mine to see if something broke in .57beta (is that your version?) 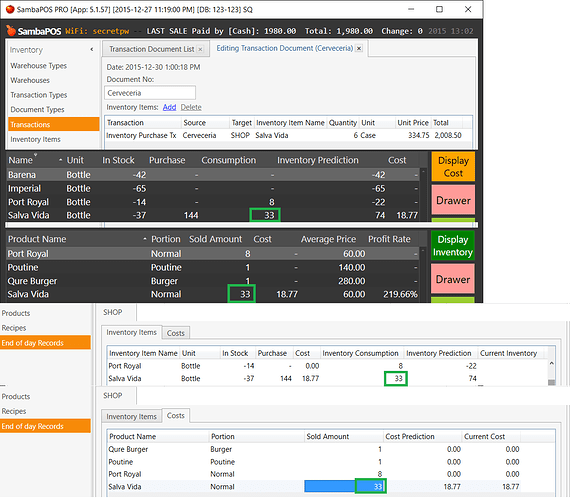 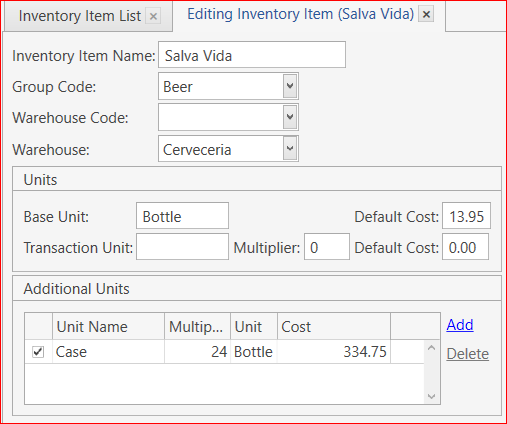 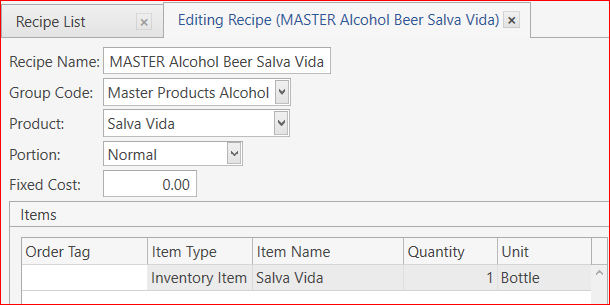 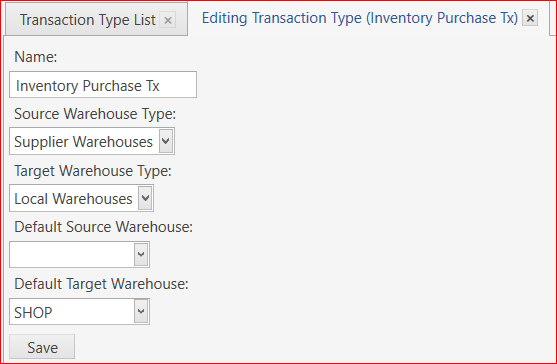 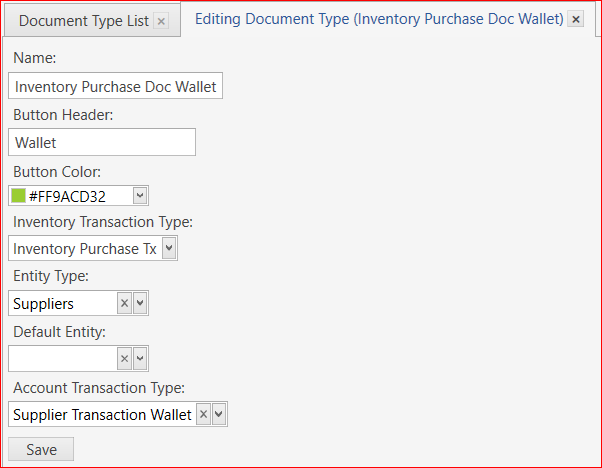 Hmmm, your showing purchase transactions in the last two right?
Do I need to define consumption transaction or are they hardcoded?

You do not need to define a Tx Type for Consumption. That is what the Recipes are for. They should handle your Consumption.

This refresh within versions is confusing, should there maybe be a beta version number on the previous, so beta release of upcoming 5.1.57 would actually be 5.1.56.1, 5.1.56.2 etc until public version is released at .57?
Or beta revisions versions would be skipped from the public release versions.

Or beta revisions versions would be skipped from the public release versions.

Not that it really matters but would publicly show the ‘behind the scenes’ work?