Adding the order triggers it to check the entity data for VIP level…
I only have single alternate price list so for yours would need more complex constraint.

Or use 3 different rules for each VIP level?

You issue to me looks like you only triggering the price update on portion changed first of all - I would do order added (but dont fully know your setup)
Then the constraint is looking for {ORDER STATE:DiscountType} = VIP
HOWEVER
Order discount state is not being set untill that action is triggered so the siscount state never gets set because the constraint on the trigger is looking for a value the rule it fires is setting…

Or use 3 different rules for each VIP level?

Could do, the other way is cleaner and less rules. You would also need to account for HH in all 3 as well.

Mark, you have VIP and HH yer? Cause you dont have a HH price list?

HH isnt an issue, we don’t use that.

HH can just stay the way it is, but again it’ll never be needed.

So if simplifying?
You have customer entities with a VIP level which you want to be used to set a specific price list?
What about all the states? Are they needed for your system?

I copy things, but they never work… lol

although guessing paul has based it from that one)

Bottom line Matt what do you need?
Price list based on entity?

Basically I need the VIP tutorial to work with Portions.

Steve who I do the tills for has decided he wants 30p off the large and 20p off the small portions (example) but with the VIP tutorial that isn’t poss as it only allows 1 discount.

Can you elaborate? If based on price list the price is set per portion of a product no?
Whats the other discount?

It uses Price Tag as appose to Price List, price tag is for the product, and doesn’t show portions.

Price list lists all the portions. (in my head I’m wondering if it can be changed to look at Price List instead?) 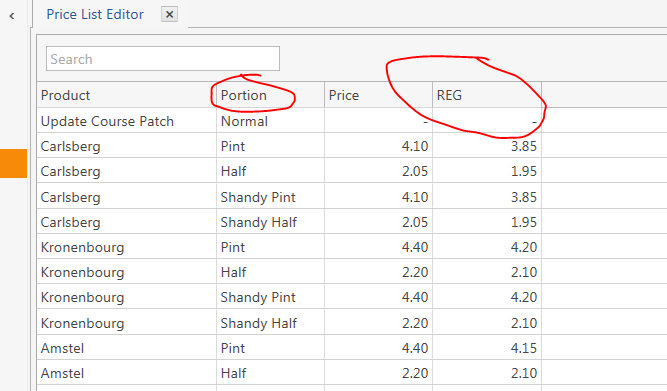 Yes my tag list is VIP1 VIP2 and VIP3

You look like you implement the same thing? but as REG?.. I’m intreagued…

Unless what your basically saying… if I change all prices in the price list editor… it should just work? 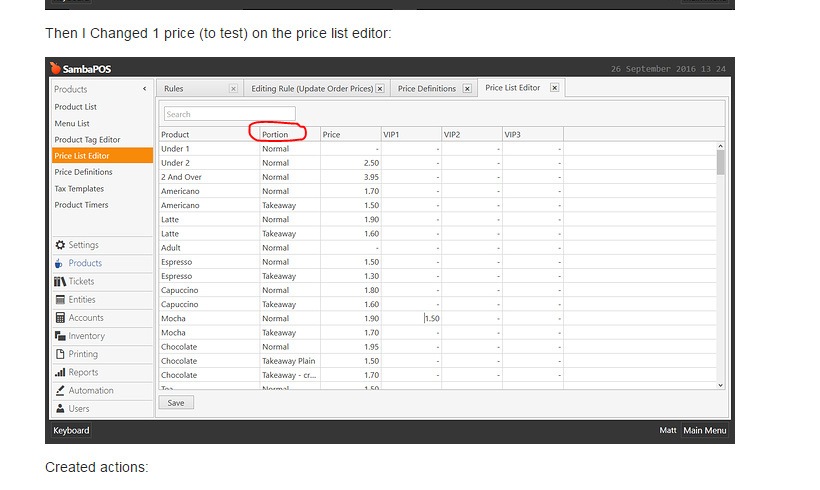 damnit, ok… let me give this a go and basically delete all that I put in the post above

From what you have said I think you are over complicating it.
My regular system is pretty simple (or at least the part relevant to this- do have a script in part of it to prevent staff using their own REG fobs to give discount to others along with some other gumpf) but just basing price list on entity is pretty simple.

If its just on sizes with same names you could maybe look at a ‘bellow the line’ discount route calculated using report expressions but price list probably simpler.