Are you saying that I can change the format of states in order line?

Just try and you will see. emre put {{ITEM TAG:X}} as example.

Okay sweet I got it. by any chance can we insert little icons next to the text?

Also now my position state shows twice. Is there any way I can not show the default state? I could of sworn I did it before for combo order grouping states.

Sorry one last thing… Is there anyway to get the max value of my report. Or I guess even the count of all those values since 1,2,3,4,5,6 would have a count of 6 which is = max value.

So if im trying to tag a ticket that was just merged is it not possible then. When you said that, I automatically thought to just do close ticket and reopen ticket with Ticket ID but that is not possible since we cant get the id until its closed. I tried the display ticket to maybe refresh it but still not getting an id.

You can try Save Ticket action.

I tried the display ticket to maybe refresh it but still not getting an id.

It wont get an ID until it is saved to DB. Only 2 things can save it to database, close ticket, or Save Ticket action. Display ticket only displays a ticket…it has never saved a ticket to database.

Symbol wise you could use symbol font…

Were coming along great. Im sure people will want this. Ill post a tutorial soon as I finish it up.

Do you guys know how i can hide the default position:_ state below my formatted one. I know I did it before I just cant remember how. 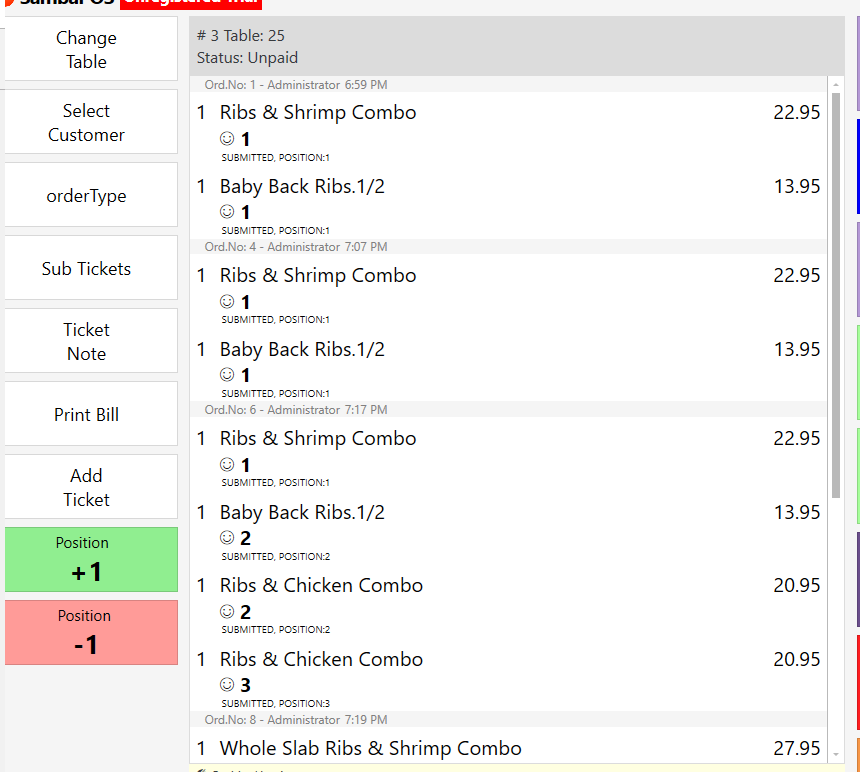 Like the smiley face lol
If it were me if maybe try putting the position icon/number on left of price field to save virtical space but also keep a nice horizontal alignment.
That’s what I did for my new/void etc, put them in price field rather than order itself so they align right.

Lol I cant find an actual silhouette of a person. Thats the closest thing I could find.

It really looks nice tho, I love it.

What happens if there is no position set? Or does it just default to 1?

Yeah I defaulted setting to one when user logs in. Thats actually really good advice ill see how it looks by price.

@JTRTech it wont show the seat position state value when moved to price section for some reason. It just shows the tag itself

Hmm, does it not show the price at all? Maybe the {{}} feature was only added to main field.

It shows the price but the tag isn’t recognized so it just shows the actual tag text itself.

JTR why did you have to tell me this, now I really want it there haha, it would look so much better

Guessing you are logged in as admin?
I’d recommend tweeking like I did in that slip state format tutorial, hiding all states for normal staff if not needed saves a fair bit of virtical space.

@emre was the {{}} feature only added to the main field?
If it’s not big hastle it would be nice to apply to all fields.

state format tutorial, hiding all states for normal staff if not needed saves a fair bit of virtical space.

Yeah I actually just realized that’s how I hid the state on my combo setup. Thanks for reminding me. I forgot that states still show on admin account even if hidden.