Is it possible to hide the number pad value entered when card is scanned for loyalty program. 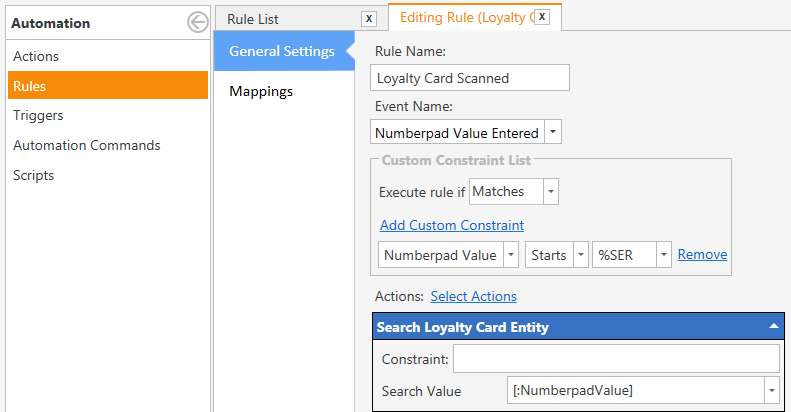 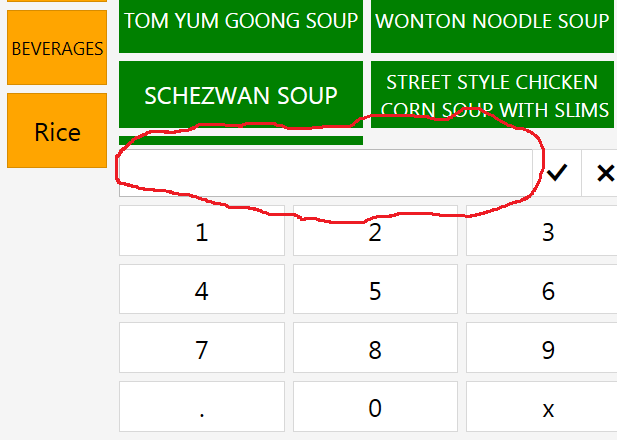 No this is not possible, that field is also used for searching products by typing in words so it would need to stay there so you could see what you were typing

Why? Surly it is submitted straight away after scan anyway so you don’t really have time to see it.
If you want alternative you could look at promt function.
Also encase related numberpad will still work with keypad hidden.

I dont want my cashier to be able to put the card number manually, I mean I dont want loyalty to work without customer card.

Yh I need the keypad to enter quantity as well, I dont want to remove it, I just dont want my cashier typing in the card number manually.

Input devices like card readers and rfids are HID (keyboards) as far as the computer and windows know, so, if you offer some form of keypad or human input it’s will be possible.
What qty is typical, you know there is a quick/small qty keyboard option which shows at top

I cant keep those small qty buttons, orders for items are sometimes huge and unpredictable. And I understand the card reader input is keyboard, still Ill try this with prompt function.

Or you could use order level button with prompt to set qty as addition for the small qty buttons for larger qty depends on your flow and qty requirements.
Whatever you do input will still be possible by the full numberpad although if using the prompt for loyalty card you would remove the numberpad entered input.
Personally we don’t do lots of qty so if needed easy way for larger qty the change qty button method would be my choice. We have allot of loyalty card used frequently so quicker loyalty card entry is more beneficial over quicker large qty

I dont want my cashier to be able to put the card number manually, I mean I dont want loyalty to work without customer card.

I dont understand this. What difference would that make? Wouldnt it be easier to tell your staff not to accept it without the actual card then followup with them and correct them if they do it anyway with discipline action if they defy you? I see so many people trying to automate stuff that really should just be something more simple.

We took off the entity search screen for loyalty cards as this was easy for them just to select first person but typing the number in wouldnt be such an issue unless you only have like 3-4 didget number. Our RFID fobs are 10 digets and the staff defiantly arnt memorizing that LOL

In my city, trust does not work that well over here. People arent that honest here they will misuse it given the chance. And I dont want to give them that chance. Discipline action kind of rules dont really work here, and I cant keep on firing everyone.

My card numbers are very long and complicated they cant memorize it but they can use a simple notepad to copy the number thats why the extra effort, plus I think it can be done with Prompt and masking.

It could be done with prompt.
Either way your card reader as I said is a HID/keyboard to Windows, so there is no real way you could truely prevent it.
Whatever you do notepad will still output value and anything in samba will expect some form of input as if from keyboard since that’s how the card reader is seen.

Two questions though…
First, validate exit of samba with admin pin, so no desktop/notepad access.
Second would be without a keyboard how are they going to paste the code back in? Never tried but if field supports right click change screen touch driver options to prevent hold for right click. Without that they can’t copy and paste.
If the codes are that complex stick with numberpad and just prevent copy & paste as above

Your first idea is very good, put exit of Samba on Admin pin.
And secondly I am using prompt and trying to mask the input like this ***** but dont know how yet .

or maybe hide the prompt as well. maybe just show loading screen instead.

If card reader is configured corectly and numberpad used it should enter straight away and all anyone would see is a lightening fast flash of the number of card before its submitted.

Mind ou should be the same for prompt, card reader should siffix with carriage return/enter

yh you are right card number shows and disappears immediately, still I am doing it to see how Prompt masking works.

Mask is not directly made for hiding the value, a field mask presets the format/validity of characters/numbers entered like the () and spaces in a phone number

Ohhhh!! Now I have a problem, I was also trying to use mask for limiting maximum entered value to Loyalty points. Ok will have to find a work around, thx for the input @JTRTech

Not sure if a max min can be defined but the validation would be easily done as described before using a seccond rule triggered by the prompt which either applies for shows a message saying not enough points etc.