You need to make an exemption to the closing paid ticket rule using constraints.
Typically against a custom ticket state.
You however will need to incorporate a flow for the tickets to be caught by that rule or marked as closed in a seperate rule in rider to complete the fundamental flow of closing tickets as a final.

ok i think i understand it a little bit better now

Typically against a custom ticket state.You however will need to incorporate a flow for the tickets to be caught by that rule or marked as closed in a seperate rule in rider to complete the fundamental flow of closing tickets as a final.

you mean this rule right? 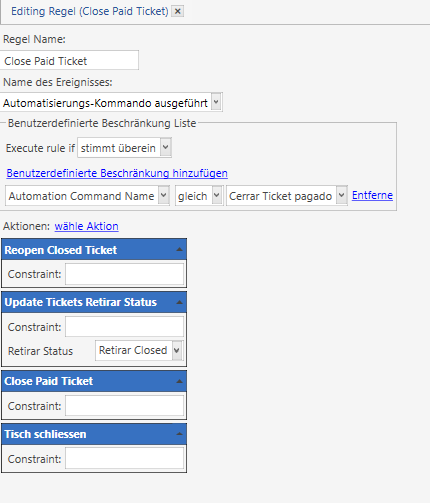 Just be sure it’s a custom state and don’t interfere with the Status state as will likely mess things up.
Looks along the right lines but can’t read your language.
You would need to add a constraint to ticket state iS NOT that state so it doesn’t reclose the paid ticket.
As I said you will need a way to close that ticket at some point to be able to end work period and finalise the ticket when finnished with.

JTR I think your confused… he does want it to close.

@Manuel it might be better if you explain why you need this specific state. Are you doing some other automation on that state? Or is it just so it says that visually? 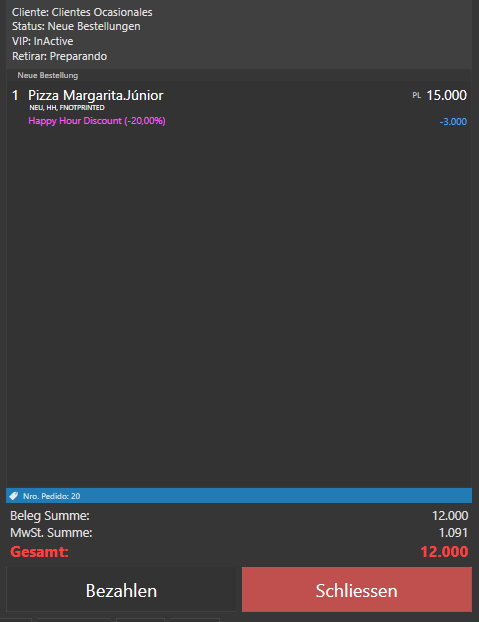 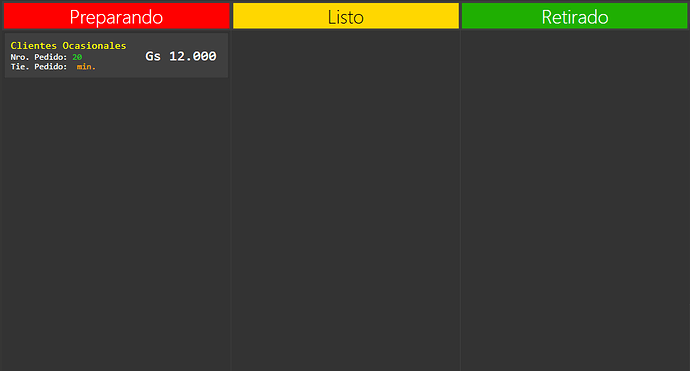 If the Order is somethink that needs to prepared in the kitchen then becomes the state “Listo” = Ready when the kitchen says ready.
ORDER SCREEN 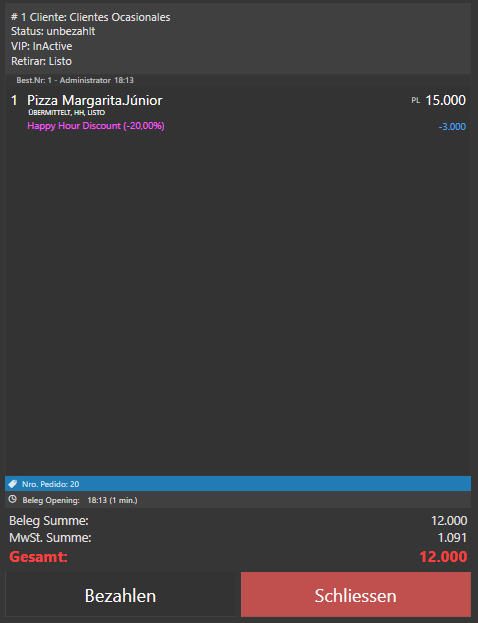 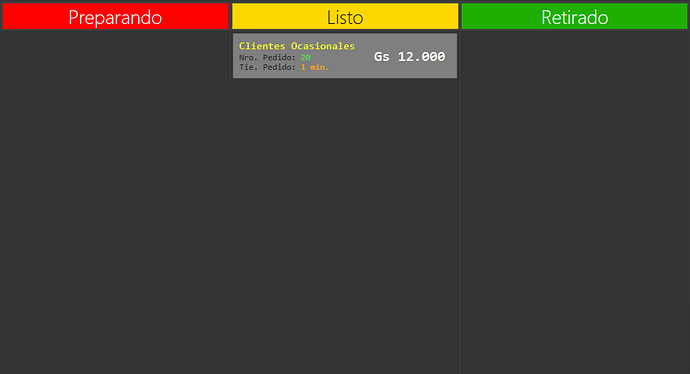 when the customer comes to pick up and pay, then the state becomes after the ticket is paid “Retirado” = Picked up
ORDER SCREEN 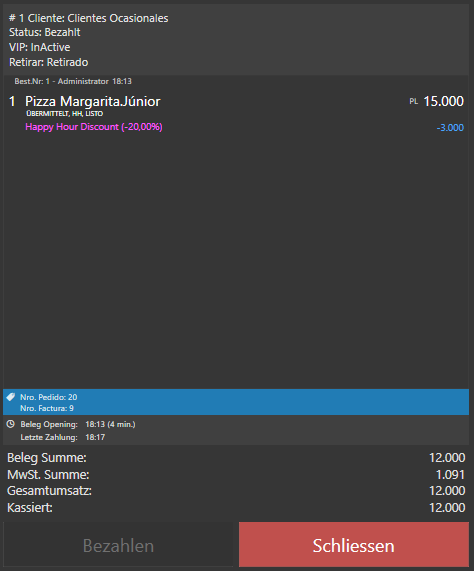 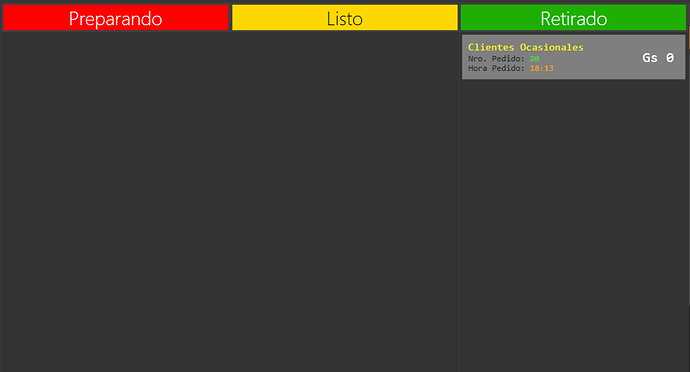 the ticket is paid but always open, but if my staff puts the “close ticket” button it needs to be disapear… thats what i want…

Or is there a simpler solution with ticket lister filter?

So why show picked up orders? Just filter it so it doesn’t show that state?

I want it for my security if something is wrong with the orders i can change it or delete…
how i can filter that? 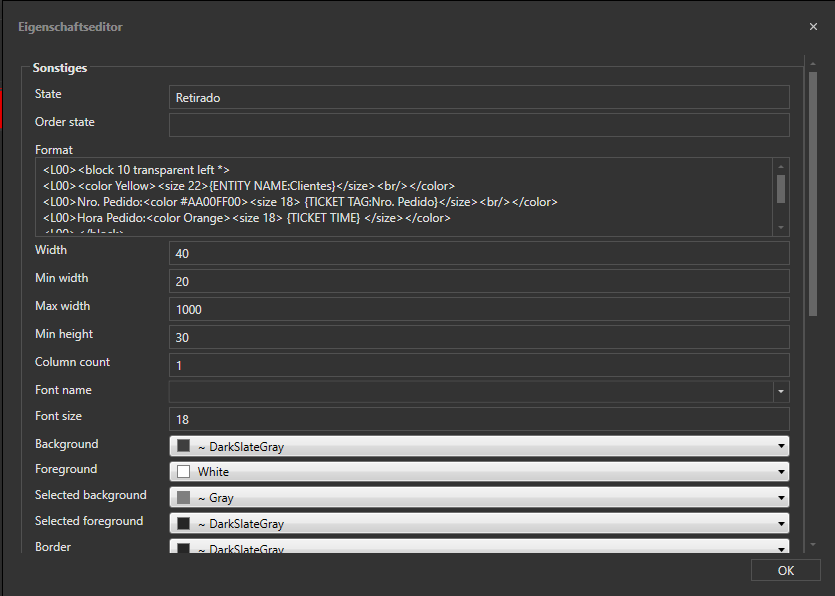 Yes but you can view all paid orders in tickets screen anyway. Kitchen screen should be for your staff efficiency.

Ok you can fix this with one simple change… one second

Now that rule will ONLY change state to Retirado if Current state is Listo. this means your automation command will now work to change it.

and i make it more complicated… hmmm…
i could be better if i use this way:

The short version of this originally posted here: Enable More Ticket Actions Module from Samba Market. This module enables Reopen Closed Ticket and Cancel Payments action types. Create two actions for both of these action types. These actions do not have parameters. Create “Display Ticket” action, name it Refresh Ticket. Set TicketId parameter as 0. Create an Automation Command, name it as you wish an place it somewhere suitable. Create a Rule to handle this command and call Actions Reo…

Read what I said above. But yes I reallly do not understand why you would put paid tickets on a Kitchen Screen… if its only for you to view if you need to make changes then that adds extra stuff for staff that is unnecessary. You always can use Ticket Explorer to view tickets and make changes…

yes i think that makes it more easier for all…
thx for your help!