How to delete or clear SQL database in V5?

please pardon me if this question is already posted…

sambpos V4 it’s just simple delete the database in my document and then i got a new fresh sambapos. no need to uninstall the sambapos and instant it again.

but this is not working in sambapos V5

in sambapos V5 i want to make a new one or fresh sambapos… it’s because i want to start all again. the fresh one

anyone can give some idea about this topic? thank you so much

SambaPOS5 uses localdb or sqlexpress database its not a single file database. You can download Micorsoft SQL Server Management Studio and connect to your SambaPOS instance and delete the database. When SambaPOS restarts it will create a new one.

More information about the database setup can be found here:

I actually recommend you download SQL Express 2016 if your interested in installing SQL Express and using that. Install instructions should be the same as 2014 so this tutorial would work. 2016 is the latest version and its what I have been running.

Once you run the installer it opens up this: 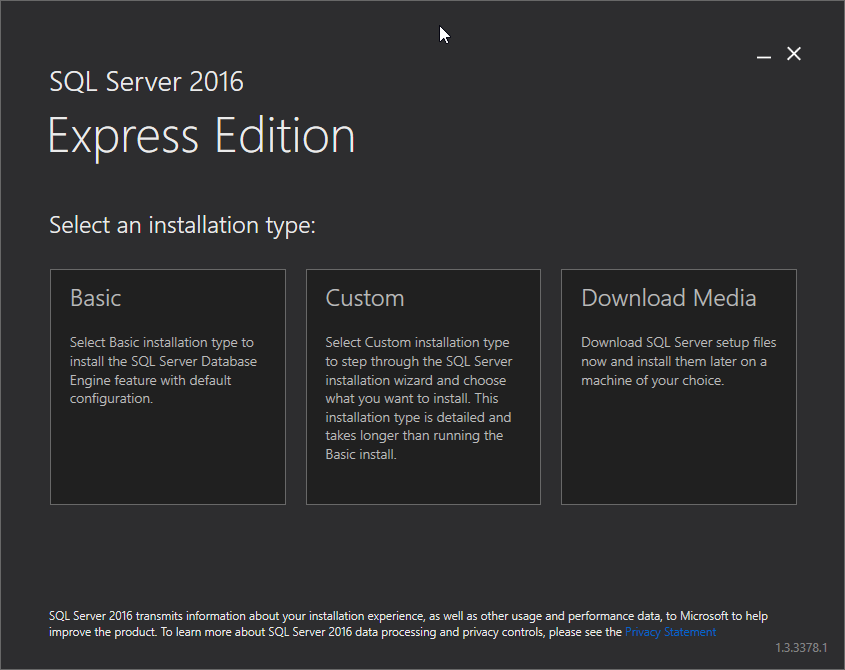 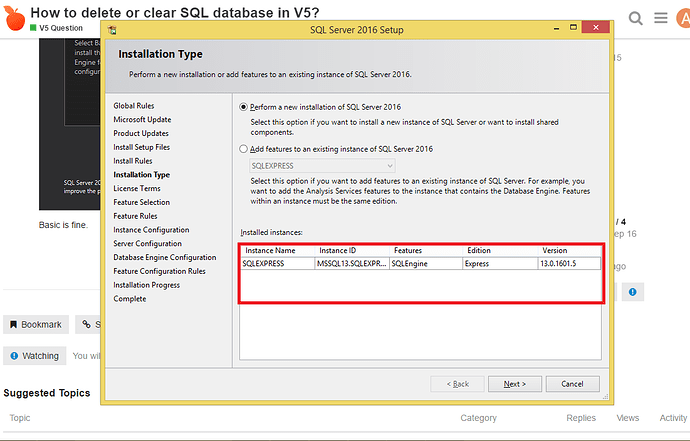 My setup is wrong… there is no sambpos included

Its a microsoft product why would sambapos be included? What do you mean?

SQL is a database engine which SambaPOS utilizes. It is one of the main ones used by millions of people and businesses for many many different software’s, websites and all sorts of things.
Thats like saying I just installed windows, why isnt Samba on it?
Kendash wrote a very details tutorial for installing and configuring SQL to work with Samba, its the first link he sent you earlier in this thread, I suggest you have another read through.

What should i do next sir? so that i can make a new fresh sambapos in v5… thank you for giving me a chance to learn more about this topic

Are you already running samba from SQL? You already have SQL installed?
If you were already using SQL you can just change the database name in samba and samba will create the new database in the existing sql instance.

how to run samba from SQL? sir if you have much time can i request some screen shots sir for tutorial? so that i can completely get a new one or fresh sambapos

I gave you several turorials that are very detailed and explain it very well. Take the time to read them all it will benefit you.

Thank you so much sir for the time and effort really appreciate it.

please forgive me about my English grammar. English is not my 1st language

Is samba curently running off sql or not. If not linking to SQL will start a freesh database, it it is just change the DB name in connection string in local settings in samba. 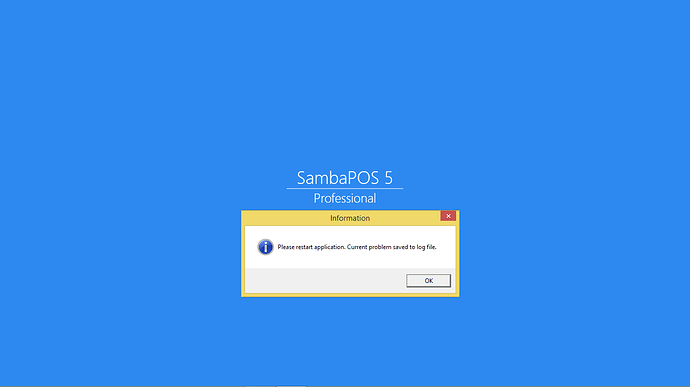 i just want to try and check the local settings in samba as what you said
i don’t know what happening even i just uninstall and reinstall the sambapos the same problem appear
any idea how to fix is this? please

btw the SQL is already running when you completely installed the sambapos w/ sql using the sambapos installer right?

btw the SQL is already running when you completely installed the sambapos w/ sql using the sambapos installer right?

this one sir? i already uninstall this local db 2014… what should i do next sir? 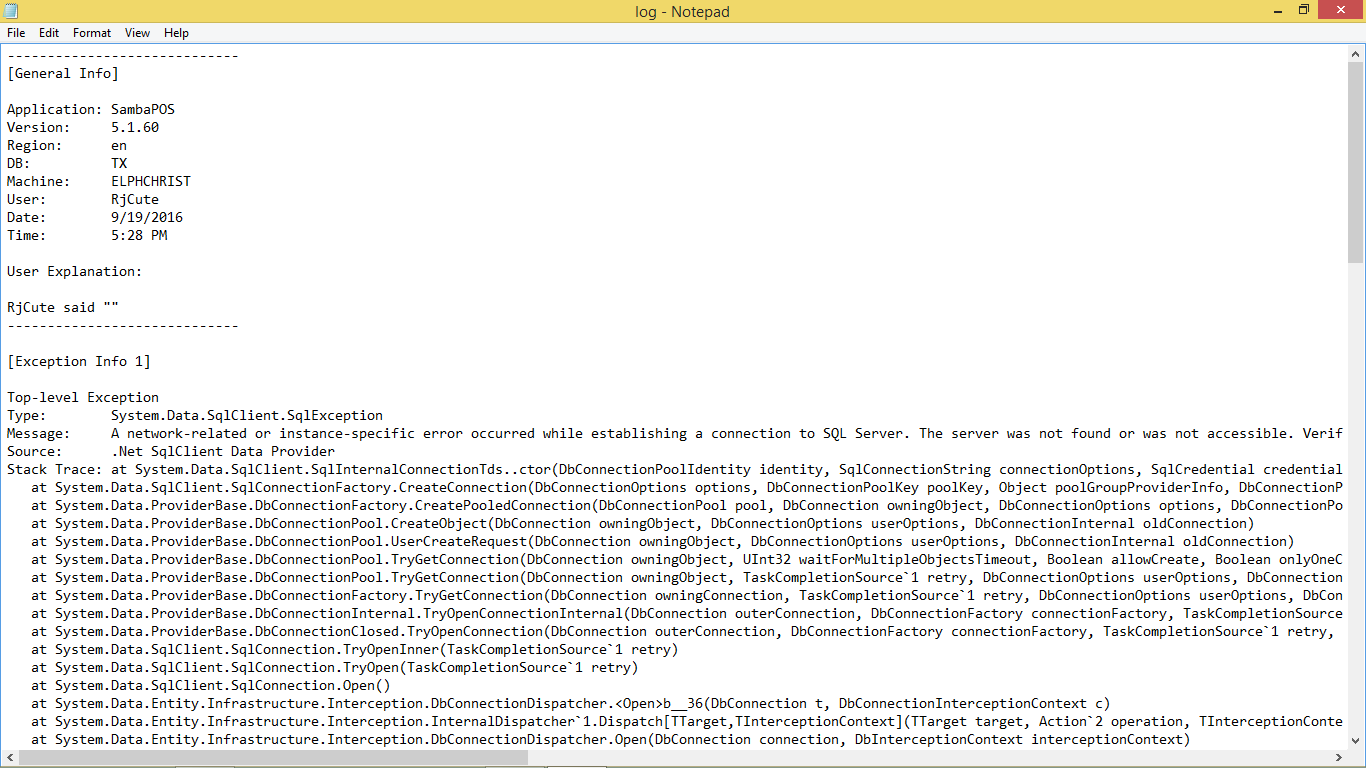 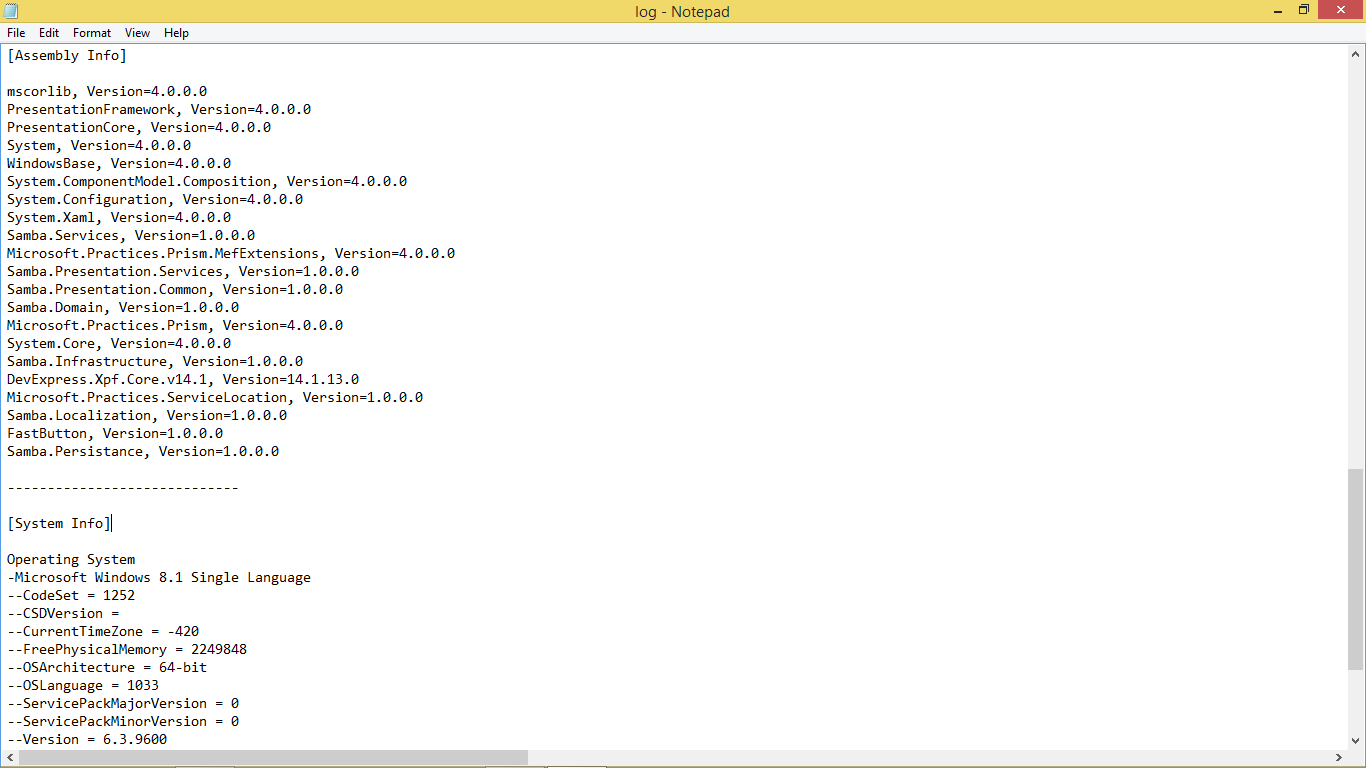 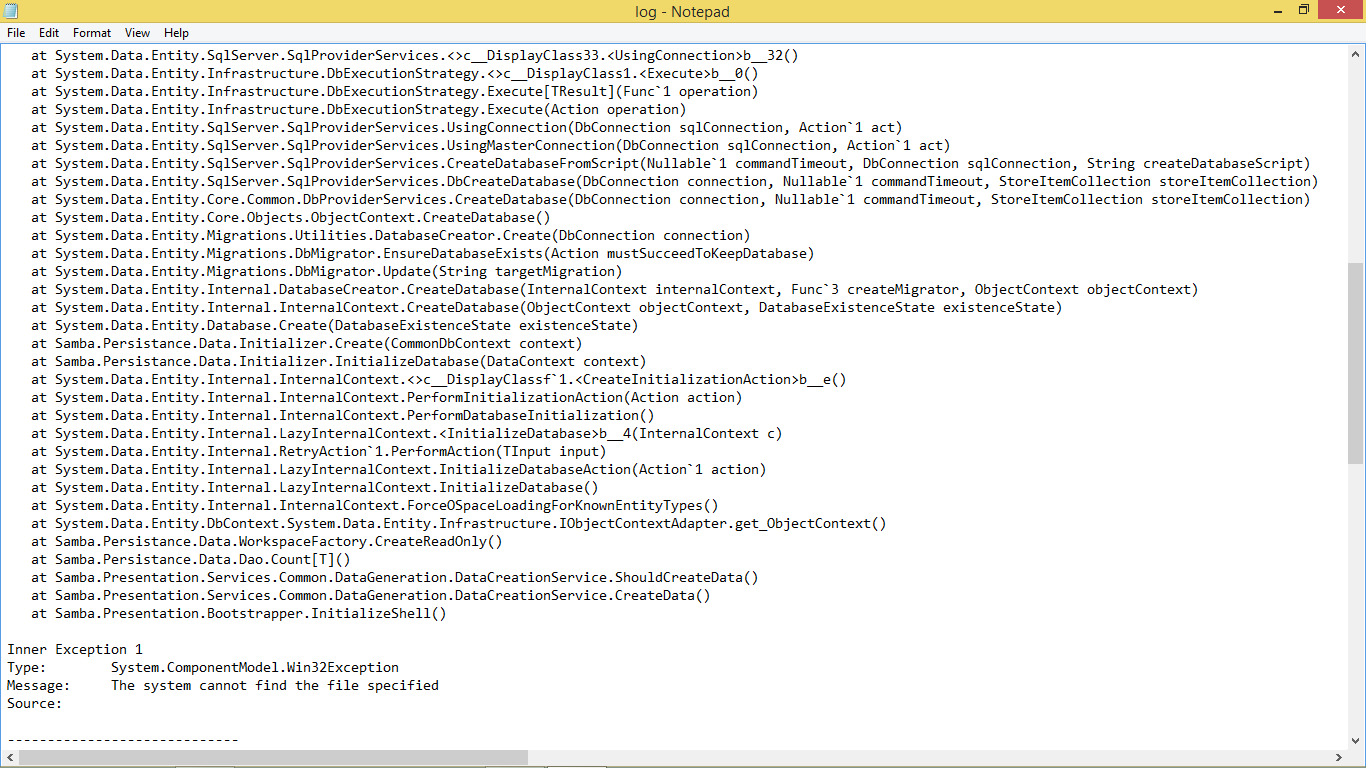 It says “system can’t find the file”. How did you setup the connection string?

Good Day Sir emre the connection string is in the local settings in samba right?
just like JTRTech said in his comment…

but this new problem appear… how to fix this sir?