How to View Void Report only when payment has been placed

Hi i need to customize the void button. i would like to view void ordered in reports only if payment has been made. 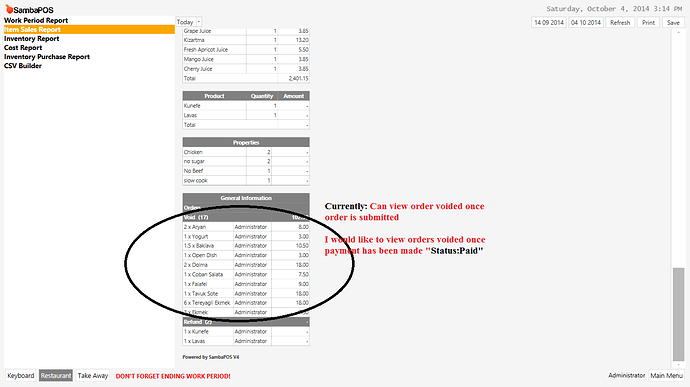 You can try removing void report from reports by configuring a state for it. (Settings > States). After a payment made you can change void states to a different reportable state. 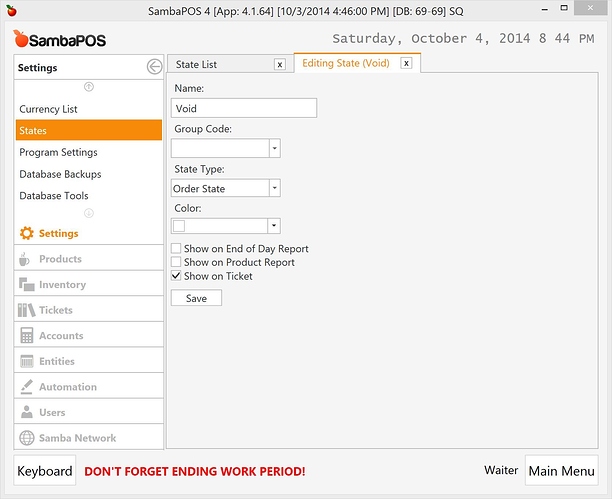 Note: You should modify Gift status and remove group name. You should also remove any other states that have GStatus in it’s Group code.

Please keep in mind If you don’t have enough experience with states and what I’ve suggested don’t make sense you can easily break Void feature.

Btw why you stated you need a solution without the custom report module? You don’t need it for that customization but I wondered. 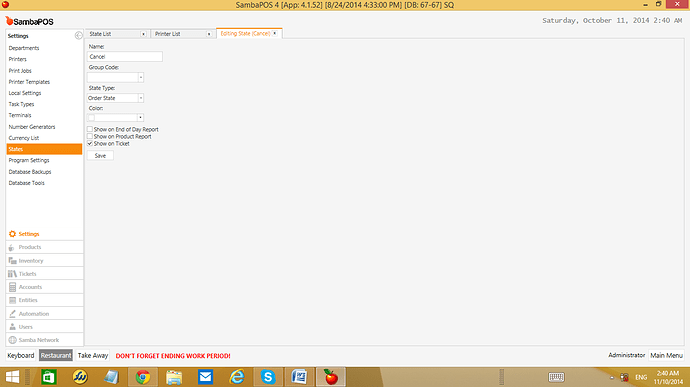 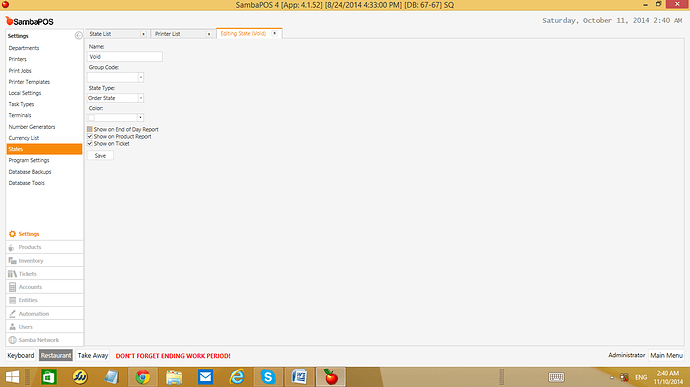 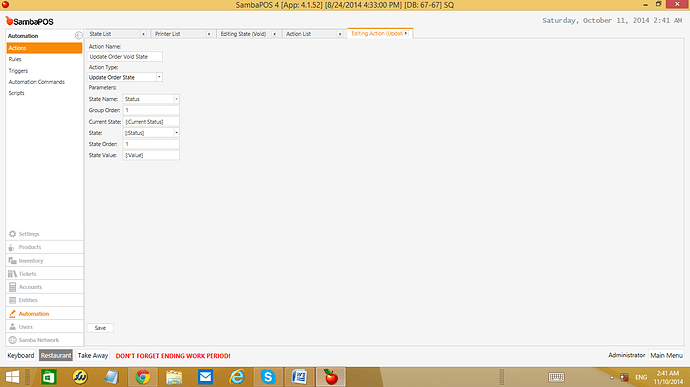 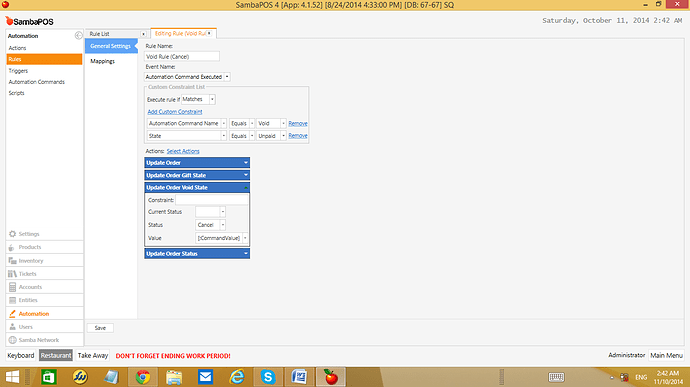 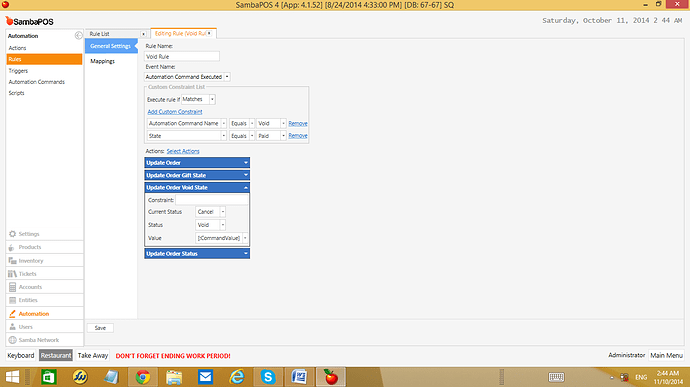 Output:
when i click on void button nothing happens

You should define the Group Code for your 2 States. You can call it whatever you like, just be sure the 2 States belong to the same Group Code.

In your Update Order State Action, you Selected Status as the State Name - this is the Group Code. Maybe you want your 2 new States to be part of that Group Code.

Either way, the States need to have a Group Code.

i have made changes but still no action on button clicked.
changes made: 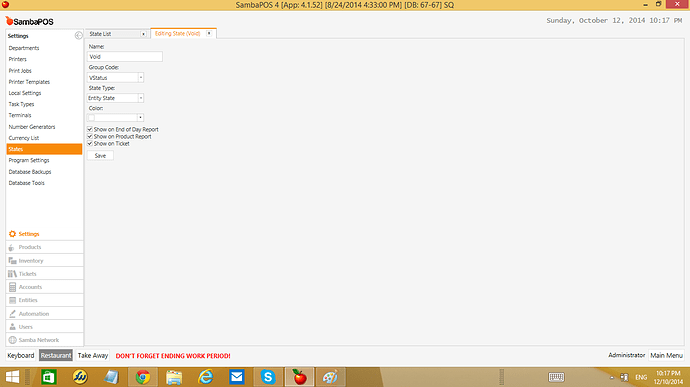 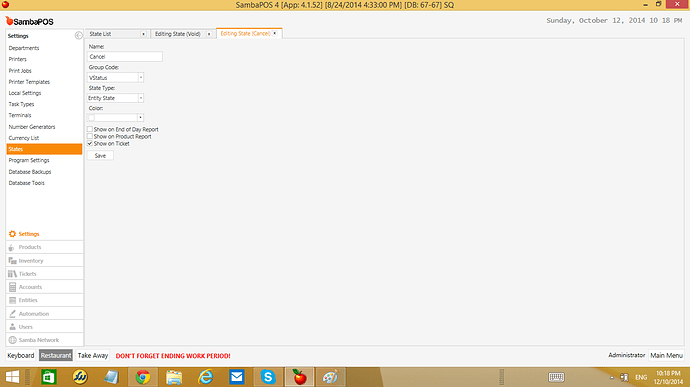 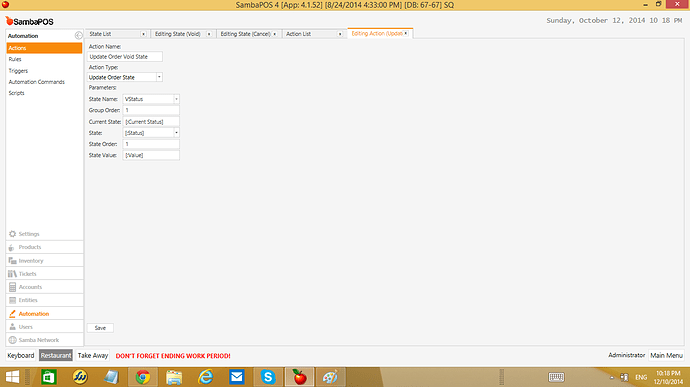 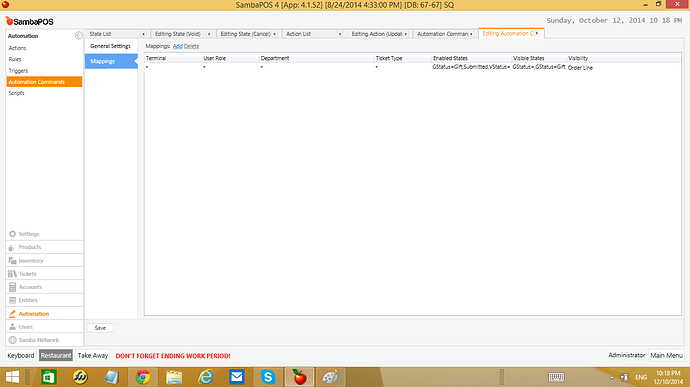 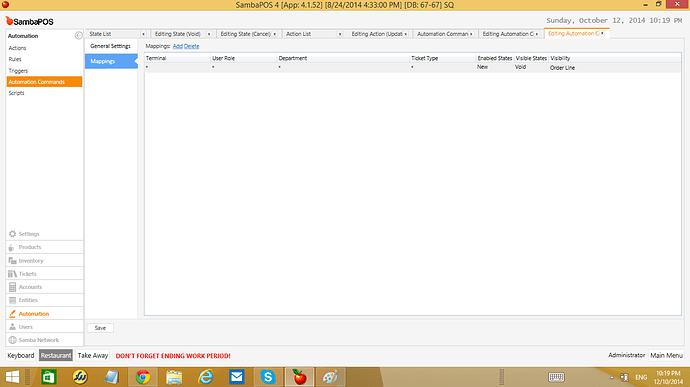 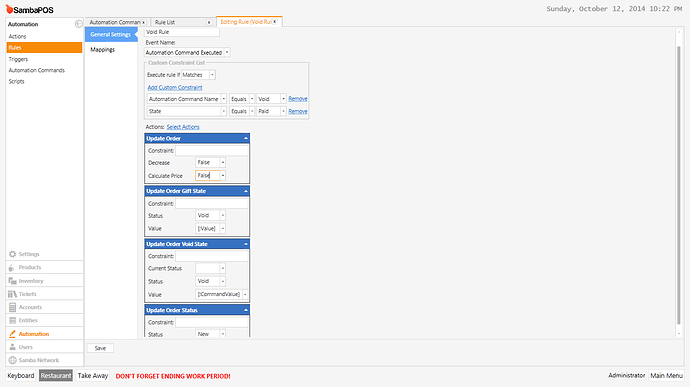 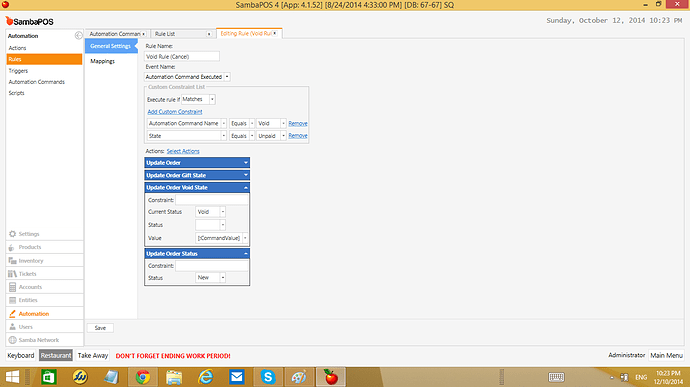 You have VStatus classified as State Type of Entity State and then in your Action you are trying to update an Order State.

Void should be an Order State, not an Entity State - change it in Manage > Settings > States.

i have tried with Order State also no luck yet

any other suggestion for me to try thanks @QMcKay

I hereby transfer this request for assistance to @Jesse, since he is after all, the State Master!

ok i shall wait then

In your rules you have State Equals… State is not a syntax… it should be {TICKET STATE:Status} Equals Paid and so on

It is not finding State Equals so its not allowing it to fire the action.

it is still not working… 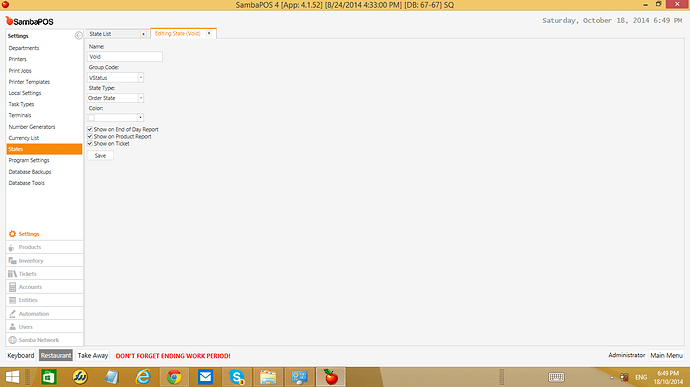 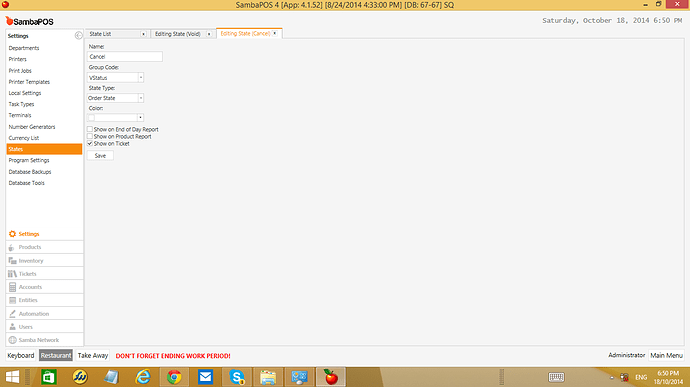 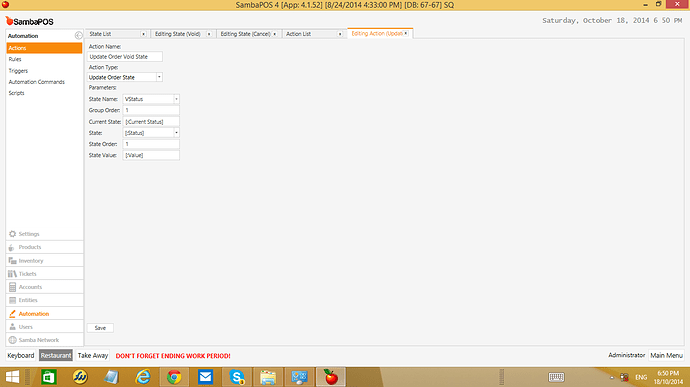 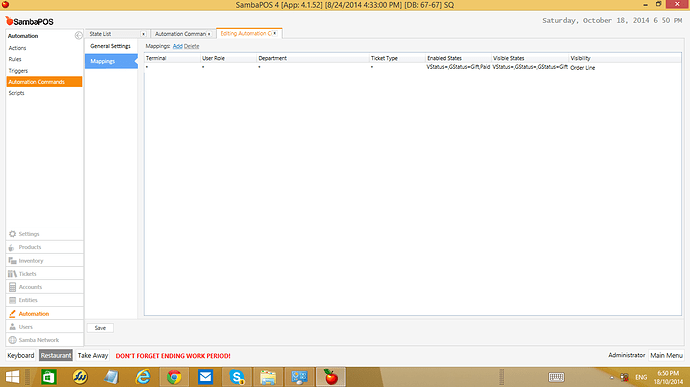 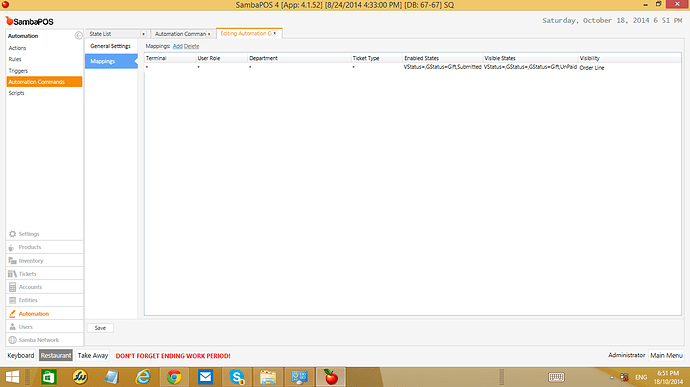 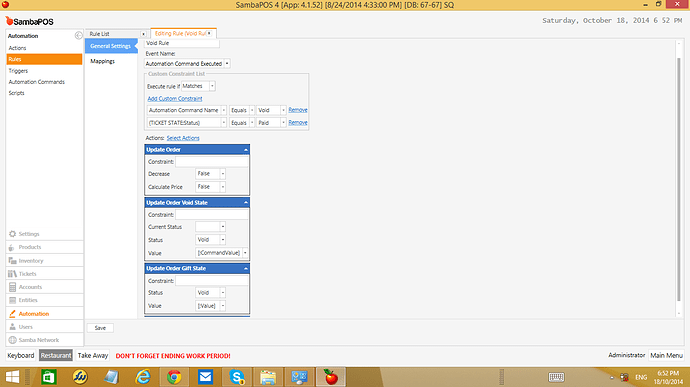 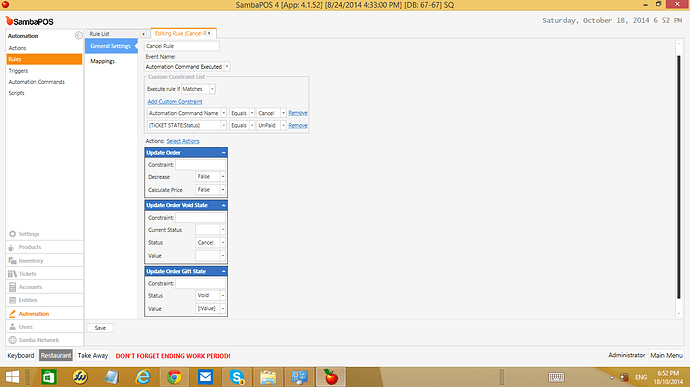 You do have mapping for the rules right? 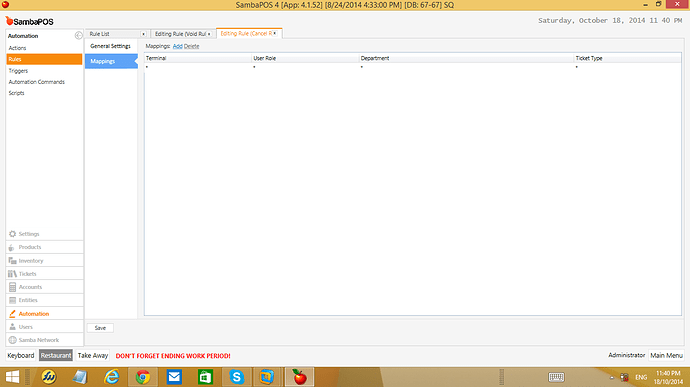 Ok I am looking at it … something is wrong we are missing something. BTW why did you create VStatus? You could use GStatus just modify it.

If above is true then what is the purpose behind only voiding Paid items and never voiding submitted unpaid items?

Sorry for all the questions but to help you better I need to try and understand your work flow.

However based on what info you have given and me reading between the lines:

You put it on the Order Line so it does not have access to Ticket State… Putting Paid in the button mapping for Visible and Enabled makes it look for Order State: Paid which does not exist. Your rules have the constraint for Ticket State:Paid so no need to set it here.

Try changing your Button Mapping for Enabled and Visible to:

Keep your rules as is the constraint in the rules will determine if its able to be used on Paid Tickets or not.

Few reminders this setup will ONLY allow void to operate on Paid Tickets it will not let you void something that has not been paid. If this is not how you intended then please share with me the operational flow you want to see happen.

Now this is not what @emre suggested. He suggested a system that would allow Void to operate just as it does now on Submitted orders but it only reports after Ticket is Paid… so the VStatus would change state only on payment processed and Void would be the only state reported instead of Gift.

i dont have clear concepts for states…but this is what i wanted to achieve:

hope i clear myself

Ok so you still want the ability to void submitted not paid orders you just do not want it to show on report until its paid?