Lag When creating or opening ticket

One of my clients has started to have a little bit of lag when opening or creating a ticket… can anyone suggest anything… they are running sql server express 2014 on a i5 machine with 8gigs of ram and a 128gig ssd. Client is connected with gigabit connection also running ssd and is running i3 processor with 4gigs of ram. I saw a software from the post below but im not sure how to read the result or what to look for that could be causing the slowness… just been one of those days where everything hasnt gone well and this is something im just trying to work through but im not sure where to start other than the networking and os basics.

You can install Express Profiler on SQL Server PC to monitor SQL Queries performance. If SQL Server is lagging for a reason you’ll discover that. I’ll suggest a virus scan too.

here is a example of a report that I ran with the above application: 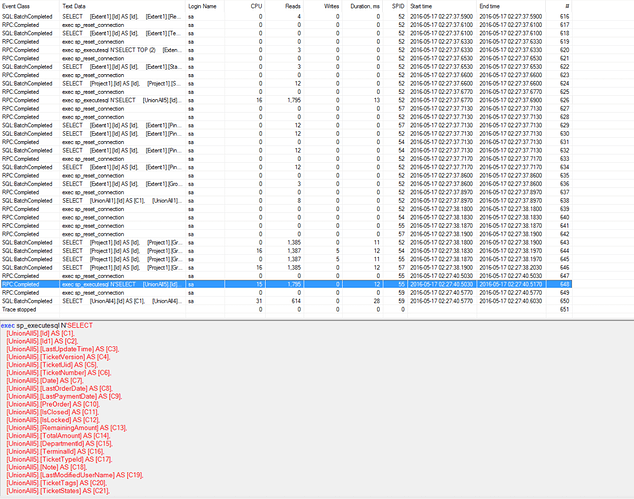 The reads seem to be a bit high at times when tickets are being opened.

Its likely normal operation but regardless this doesnt appear to be any slowdown.

You need to explain to us any custom configuration when opening a ticket. Examples would be great.

PS: all that is telling you is it only took the system 12 miliseconds to perform that many reads… thats pretty good.

Do you have any anti-virus running? Is it active antivirus? If you disable it does it make any difference? Are you running any kind of third party software for backups, windows update, etc… does the slowdown happen on EVERY ticket or is it specific?

Is the hard-drive hibernation turned on? or off? Is power suspend mode enabled on the computer?

hmm i do have a rule that is used to bring up a number pad to type a table number and that is how the entity is selected… then there is another pop up that asks if the ticket is dine in or togo.

First this is displayed 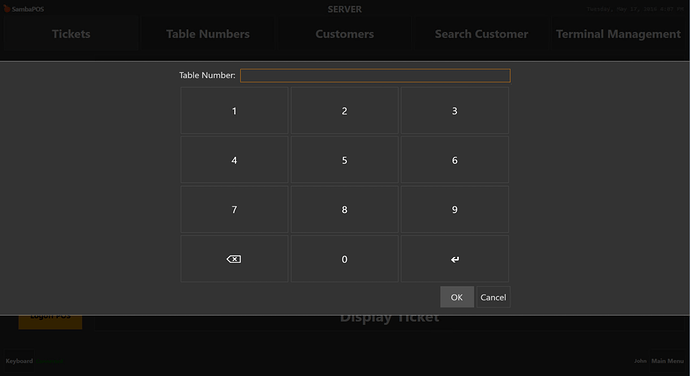 then this pops up… 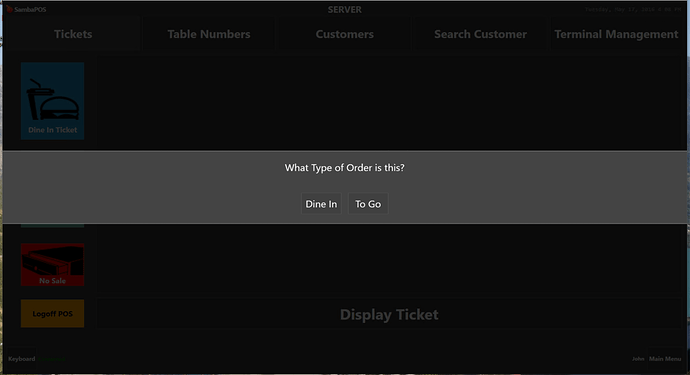 then ticket screen is displayed.

i suspect it has to do with the two rules below… 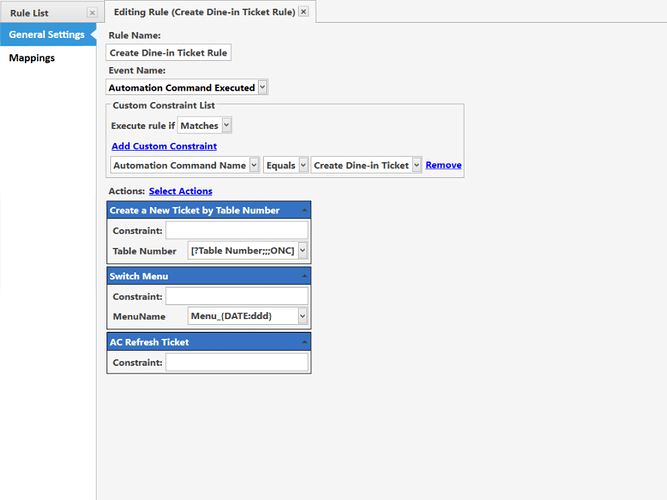 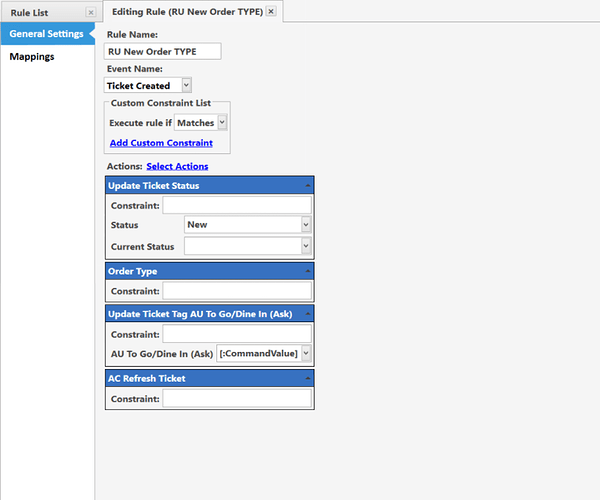 Thats simple enough and shouldnt cause any slowdown. Read my questions above and specifically this one.

does the slowdown happen on EVERY ticket or is it specific?

yes every ticket… i think i probably need to clean up those two rules… i wonder if i can combine them into one or do i still need to keep them separate?

It shouldnt cause a big slowdown but why do you have refresh ticket action in both rules?

EDIT: In fact I can’t see a reason for having refresh ticket in there at all.

It shouldnt cause a big slowdown but why do you have refresh ticket action in both rules?

lol no thats not a good practice.

I guess ive seen it in other create tickets rules so when i created those two rules i figured it was necessary… do you think that would cause it to lag for 1 to 2 seconds when opening a ticket?

Take both refresh ticket actions out and see if it helps. I have a feeling it wont but you do not need those there anyway.

hmm I took both out and the ticket screen wouldnt show up… added it back to the create dine-in ticket rule and its working again… its hard to say if that helped with the lag since im remote… im going to be onsite tomorrow and will have a better look at everything. Any other suggestions as to what could be causing slowness… i know its not a network issue because im getting gigabit speeds across the network and not latency. I used this program along with ping to test network speeds… http://totusoft.com/lanspeed/

Can you please PM me a zip file of the latest backup of that state?

Thank you very much for the backup. At what point it lags exactly? After clicking dine in?

is it specificly the remote PC?
Can you define what you call remote?
Client samba terminal looking to remote database or Remote Desktop tablet?

I originally set the auto refresh to 30 seconds because when it was set to 0 and I tried to scroll it would stop scrolling because it would refresh too often. I’ll give it another shot though.

After chatting with @emre I noticed that the lag seems to occur when users log in and start to navigate around the software. After they do things a few times it speeds up and the lag goes away. I think the problem is that the cache is getting cleared when the users log out. I have setup a rule to auto logout the user after about 2 min of inactivity. From what @emre tells me the cache is not cleared when autologout is enabled but this is not ideal after every order is entered it will be just as anoying as the lag is for the end user. Is there a way to manually logout and keep the cache from clearing?