I tried a lot on these forum and I keep having “unregistered trial”, “Activation Warning, … a module needs to be activated.”

A workaround exists (cleaning the key) but it is not possible to work like that, as far as I can read in the forum we are numerous in this situation, the ones who create the numerous topics and the ones who states “the same happens to me”.

Does anyone know what, really, is the problem?
Because the “try that” answers are time consuming and difficult to put in place in a running system and I am not the only one to experience it.

It’s an odd one because it’s not an issue for many also.
I directly admin 3 systems on daily basis with half a dozen other systems I would have heared from client if licence dropped out.
Of these 9+ systems only one has ever dropped its licence and that was one time thing.
Only ever other time I’ve needed to clear key was when making major changes like new terminals or reinstalling something.
To me that sujests there is something causing the issue client side either in system or Configeration.
It may be something in the program/a option like when the auto backup was causing an issue a while back.
The challenge though is diagnosing the cause when it cannot be consistently replicated…

It is related to backup feature and training mode. Don’t use the built in backup and use mssms instead. Also avoid using training mode. Changing databases or restoring can cause it.

I doubt we will see a fix. I don’t think they plan on working on v5 anymore which is a shame lots of bugs to fix. But anyway yeah.

Verify all your Terminals are running 5.1.62.

Also another thing I did wrong when I had this issue was I accidently logged in two stations at the same location. Make sure that account with the license is only logged into one computer.

Interesting point, part of the reason database sharing was always discouraged… I’ve never shared DB and never had the issue.
Although saying that the 3 main systems are backup and restor of the first but with manage licence option ticked
@plume did you start with a sample setup?
Perhaps you could try backup with option for manage licence ticked, restore that backup then clear and reset key.

I am really fed up to clear my keys everyday.
And it’s not fair.

Doesn’t sound great, you have updated and done all the reconmended precautions?
Update
Logout of market after activation
Disable auto backup in wp end

The everyday comment makes me think of the backup on wp end causing issue suggested elsewhere.

I have backup set and no issues so not sure why that was suggested but was all the same.
Not that it helps am thankfull I’m not facing your issue.

You have 1 licence per database right? Not accusing or subjecting anything - just asking…

It’s hard for most to offer ideas without knolage of how licence system works and guess this has not been discussed openly as undoubtably would lead to unscrupulous abuse with licence work arrounds.

Not sure if or what kind of logs samba licence server has and if Tayfun is able to check to see if there is any suggestion of a cause on samba side.
Luckily like said have not had licence issues to date - touch wood, so not been in position to need to delve into licence mechanics.

You have 1 licence per database right? Not accusing or subjecting anything - just asking…

Of course … I like SambaPOS and was happy to pay my licence.

(now I am installing a new system for a friend’s restaurant - redoing by hand all modifications I have done in my own system to be sure not to “import” the licence problem in the new system. Btw it will be online the 14th and SambaPOS licence is no longer available on SambaPOS community Portal … So I guess the price in no longer $100? Am I right? and where to buy? reseller’s page look weird)

You need to buy licence through a reseller. They obviously cant sell for $99 as have to cover exchange costs/differences and paypal fees etc and obviously cover their other costs.
Im selling licence only at £99GBP for now on my website at sambapos.tricerolph.com

I already have a sambapos licence (registered with my email).
Can I buy another one (on your website) with the same email for my friend’s restaurant or do I need another email account?

FOR MULTIPLE LICENCES YOU WILL NEED TO MAKE SEPARATE PURCHASES AND CREATE AN ACCOUNT ON CHECKOUT PER LICENCE AS ONLY ONE SAMBAPOS V5 LICENCE CAN BE HELD PER CP.SAMBAPOS.COM ACCOUNT AND YOU EMAIL ADDRESS WILL BE USED FOR EACH

You can only have one v5 licence per account so you would need a separate email/account.
Also for me to be able to allocate the licence it needs to be an account i create from my reseller panel so that its listed in the accounts I can allocate licences to.

I don’t know the name of the restaurant yet
Can I put somthing and change it later?

How about use a name that resembles the owner and use that for only managing the Samba license?

I don’t think the business name is that important, other than the receipt/order details.
Pretty sure it’s changeable but haven’t checked.

You can change pretty much anything on a customer in CP, except the email address. Also you can’t change the contact name and contact number after initial creation because no fields appear and they aren’t shown anywhere after you create the customer. Possibly not even saved?

So the company name is really not that important. The email address is the main thing and we just need the other details mainly for creating the customer to then link the license to.

Update to the latest version as Tayfun suggested does not solve the issue. 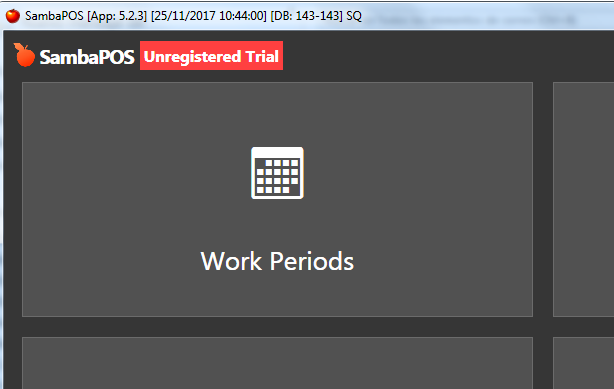 Are you changing database, using training mode, or doing any database restores? None of mine have ever done this so we need to figure out what is causing it.