Merge or Hold all tickets from 1 entity type

i’m trying to create auto command that will hold all the Entitys in the screen so i can close work period,
so i create load ticket action
and setup long rule that loading all the Entitys that i’m using in that screen
one by one and hole each one of them
(any idea maybe how to make is shorter? like “load all” kind of rule…)

the problem is that when i have a few tickets for one entity it’s holding only one of them
so i’m locking for any ideas how to hold them all or action that will merge them before holding.
Thanks 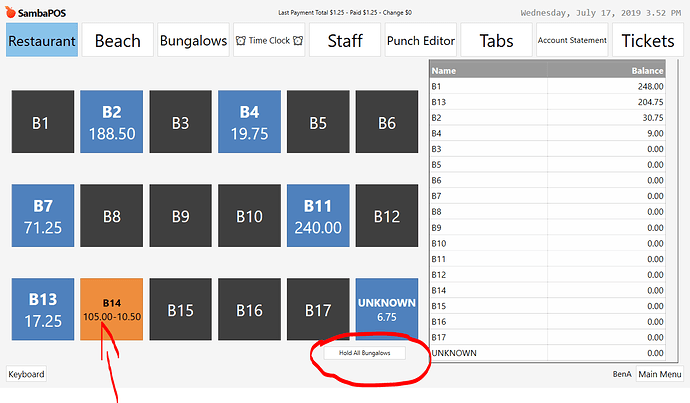 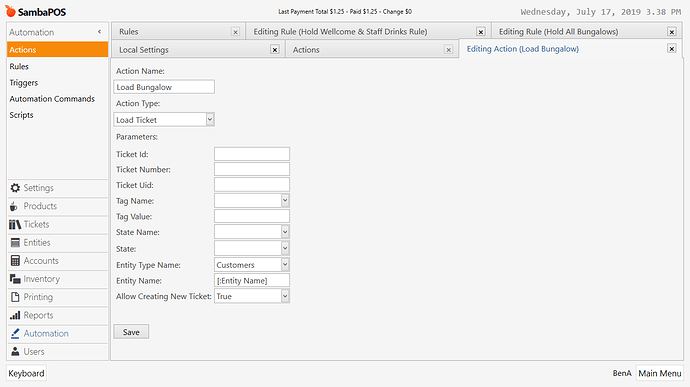 You can’t ‘load all’ this loop system is what is used I’m most systems. Websites etc will have dozens on for each etc expressions.
What you will need to do is do a loop within a loop.
Within the first entity loop you will then want to report all open tickets for that entity and loop through the ticket IDs.

thanks for your reply,

can you guide me how to do this second loop?

Your first loop triggers command for 2nd rule with entity as the value.
Seccond rule triggers command on loop with open tickets ids for value for given entity
Third rule is the with the hold actions but rather than being fed entity and calling ticket based on entity it gets given the ticket id from the loop so just goes straight to the ticket.

sorry , but i couldn’t understand that

LOL, justy noticed you havnt looped entities in the first place but made one really long rule manualy loading each entity.
You dont need to do that, you can use the loop action to run a rule multiple times.
You make one rule which contains a loop action. In the loop action you will use the command name and the command value fields.
The command name will be the command to call/trigger the seccond rule. For the value you would use a report expession which returns a comma seperated list of values.
The loop action will then trigger the seccond rule for each value in the list passing the list value over.
Then in the seccond rule you set the automation command name as the command from the loop and use command value in your actions where you need the individual value from the list for that cycle.
So first rule you would use a report expresion to generate a list of entities.
It will trigger the seccond rule however many times you have values for.
So rather than a rule having load entity one, do stuf, load entity 2 do stuff it will be
command to load entity with entity 1 in command value, command to load entity with entity 2 in command value.
This means adding entity is picked up as part of the report expresion and more relevent to your question your seccond loop can generate list of open ticket for that entity and loop through those tickets without having to program a huge number of actions to do a specific list.

LOL!
i’m to tired for that now sounds Chinese to me (at this moment…)
i’ll work on it tomorrow.

thanks for the help!

Think of it like your print templates. You dont program individual prints you make a template and use tags, thats what the looped rule is like, it is reuseable but instead of feeding in a ticket number for print you give it - well in this case a ticket number/id and it does automation to that ticket.
Maybe better example is like a mailmege, your data/spreadsheet is the report expression and the look action runs each row of the table but rather than creating pages/prints ts running automation for each entry/row. 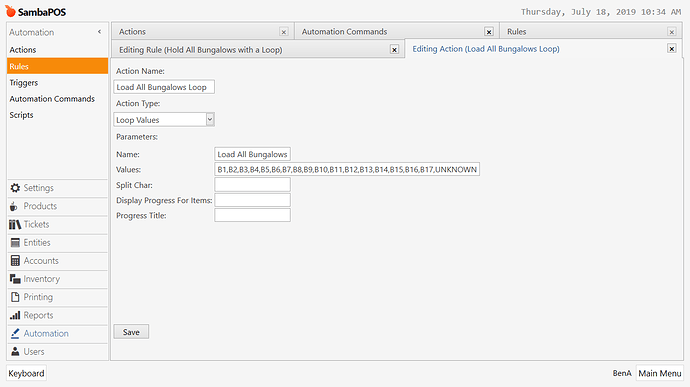 Loop Rule to load all values in the next rule 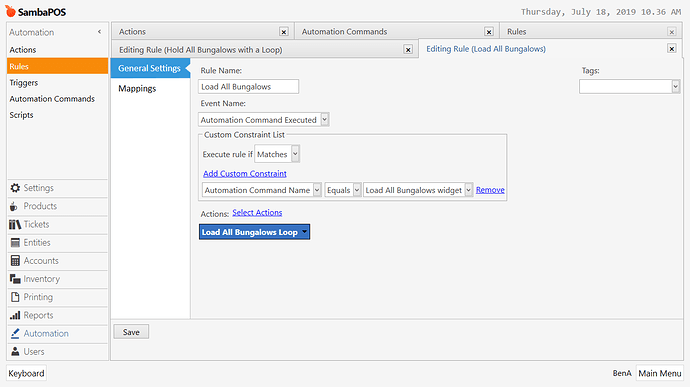 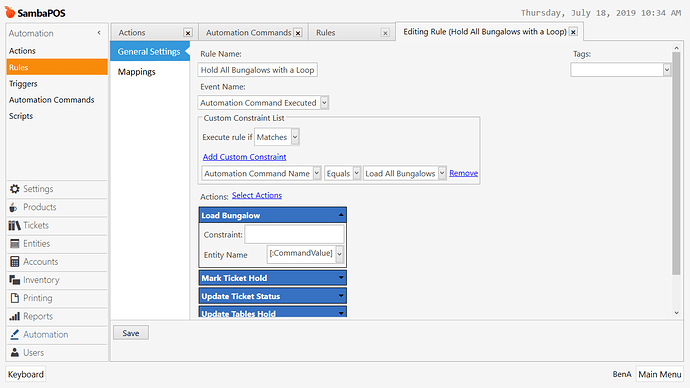 Widget with the commend that need to starts everything 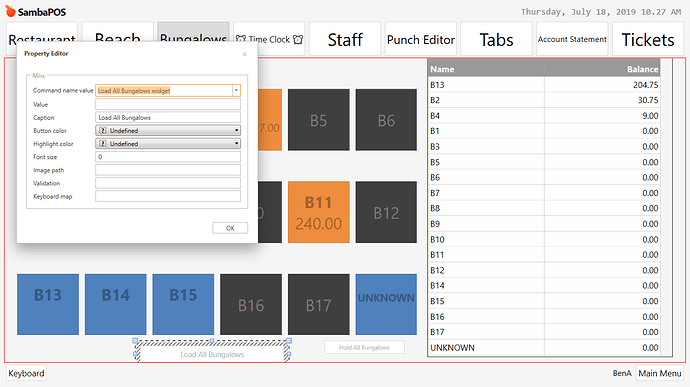 so where m i wrong?

Hello,
I’m interrested in your setup. Does it allow you to ‘put aside’ open tickets (e.g. tickets of your guests who are staying overnight), close work period and open the tickets again in the next period? That would be great!
Thank you,
Ondra

hey,
Yes it is,
you can see a guide here

but is not exactly what i use,
i use Pre order option,
you can also just settle all to customer account every night