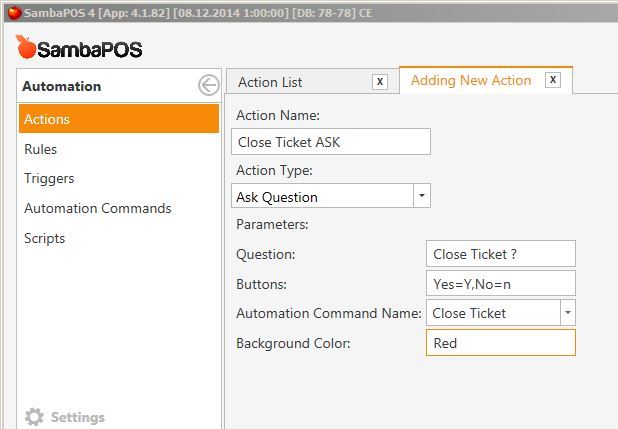 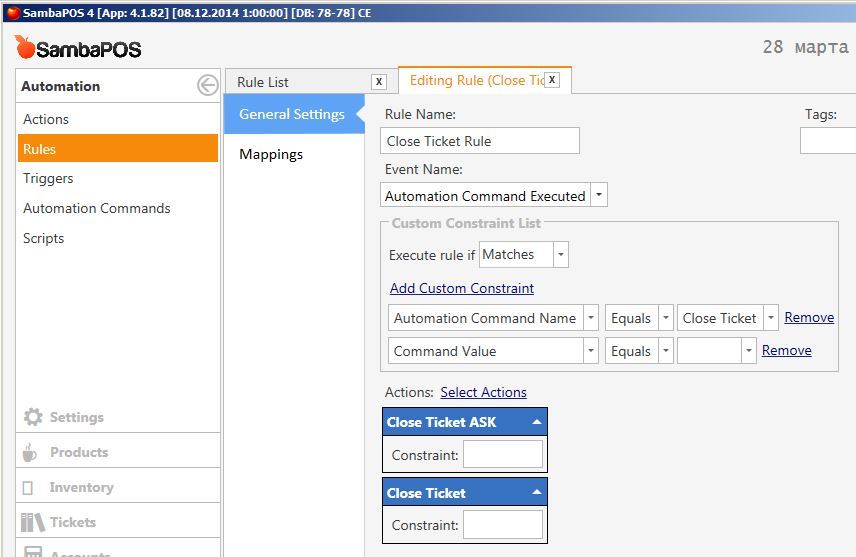 Your configuration means ask question will trigger Close ticket Command and the Command Value will be Y or n inside rule. So you’ll need two separate rules. One for asking question and the other one for handling the answer. You tried to handle both in a single rule.

Once a customer is cash out a message will appear asking "Do you want to print customers receipt?

This what i have so far: 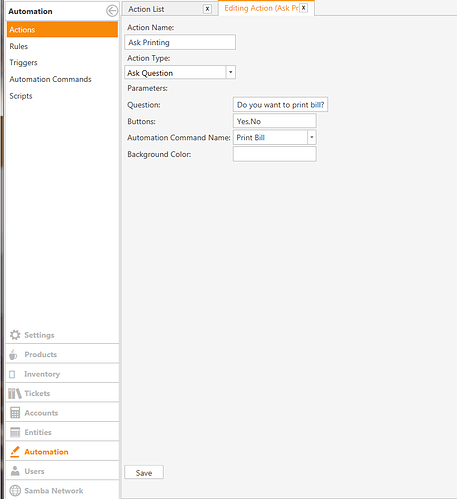 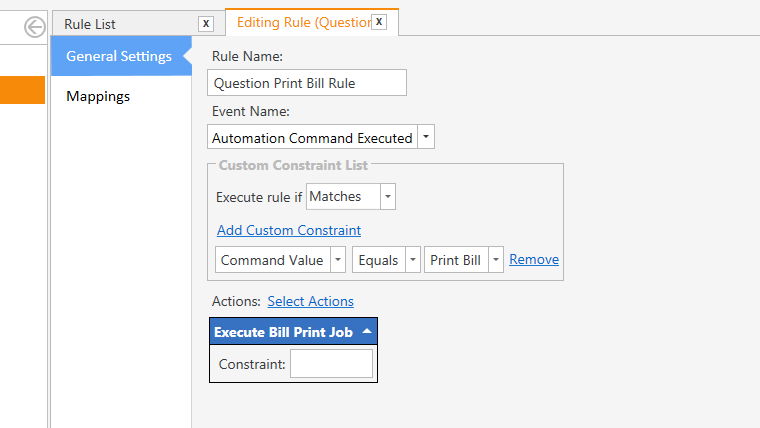 The buttons bit where Yes=Print Bill makes it so pressing yes sends automation command value of Print Bill which is what makes that new rule fire. No button has no value so nothing happens.

You would also obviously need to put the ask question in to a rule.
Simplest example would be a new rule on event payment processed. 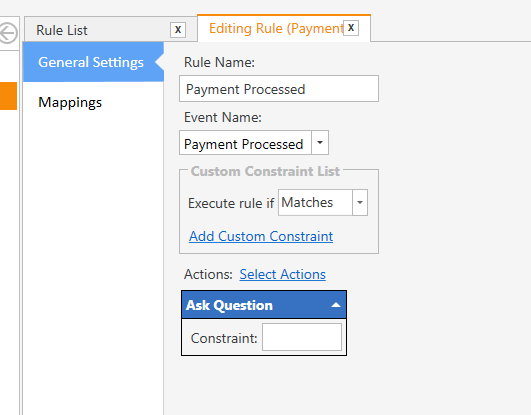 Doing this means you have one ask question action you can use many times, then when you add the action to a rule the options/fields from the action are available in the action entry in the rule itself meaning you dont need to have lots of the same actions each having slightly different settings as the options are defined on each individual use of that action. 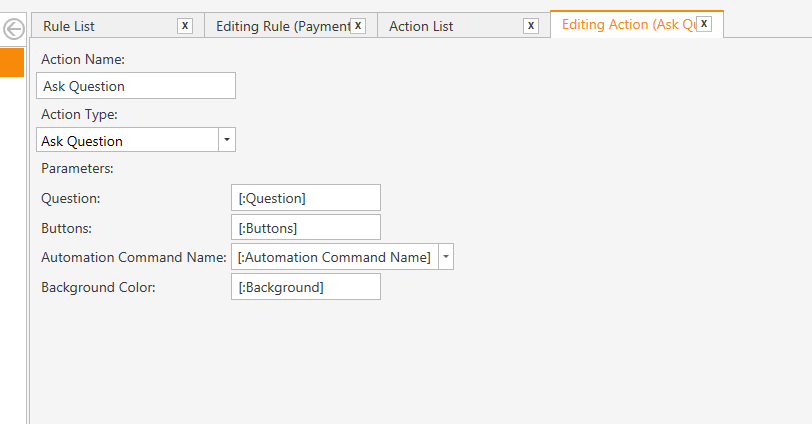 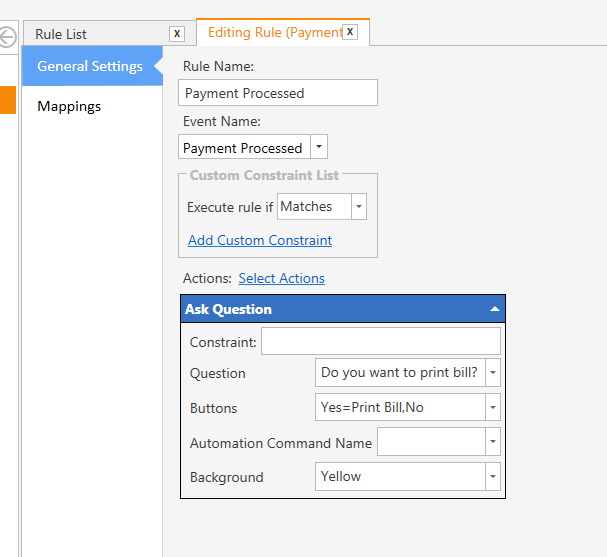 You missed something. Show your work please? 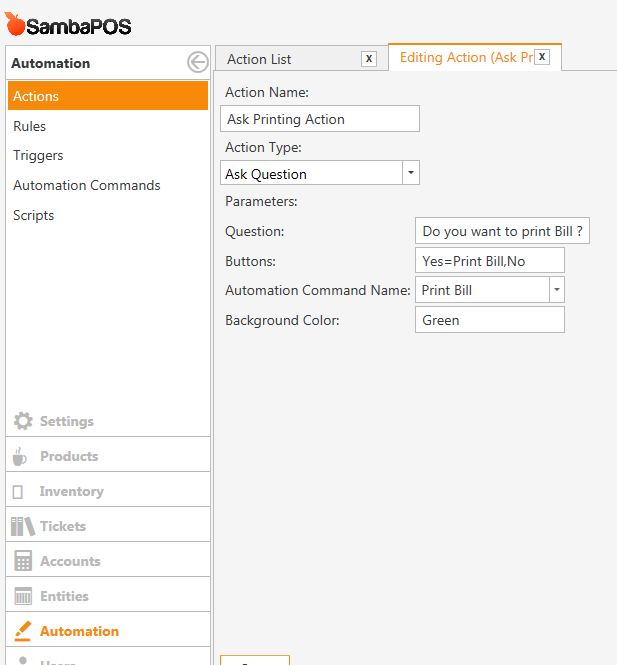 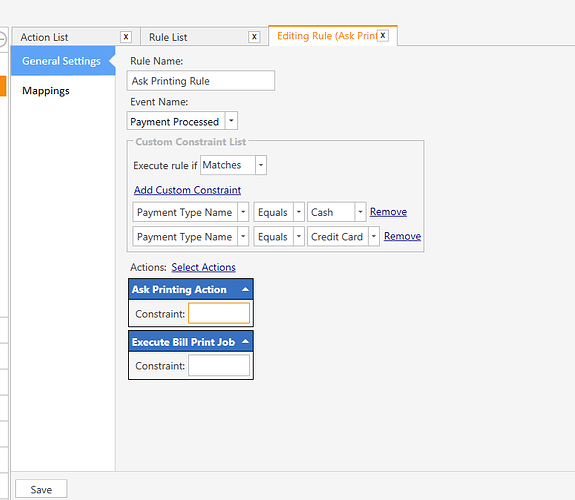 You shouldnt have your print bill and ask question in the payment processed rule.
Move the print bill action into a new rule (event = automation command exacuted) with the constant of command value =‘Print Bill’

The Yes=Print Bill is firing a command value of Print Bill which is what you want to pick up on.
This is what makes it print if yes is pressed or nothing if no…

Hello,
These are the rules,actions… 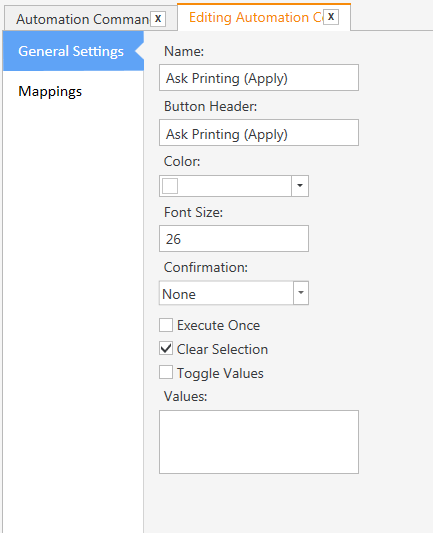 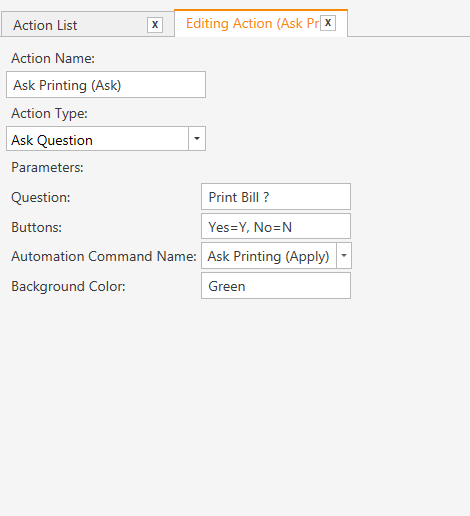 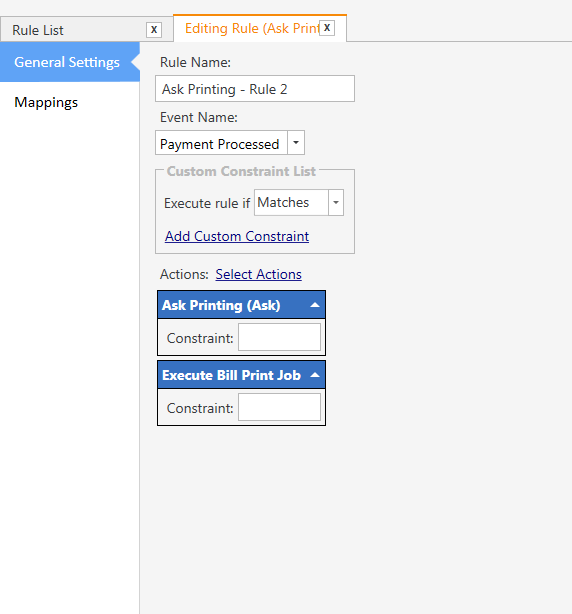 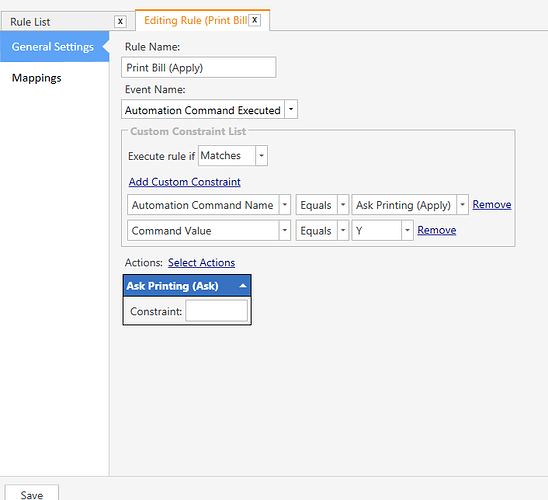 The flow will be;

@Marian If you are wanting the ask question action to be the decider which action to do then does it make sense to also put the print action in the same rule that asks the question?

If you slow down and read what JTRTech wrote a few posts up he showed you how to use it additionally look up the tutorial for ask question. 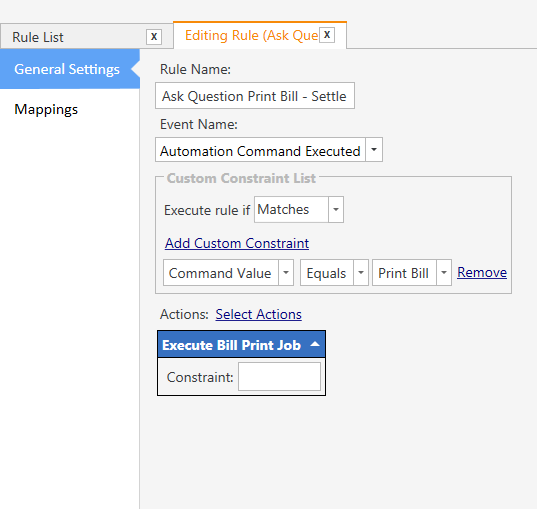 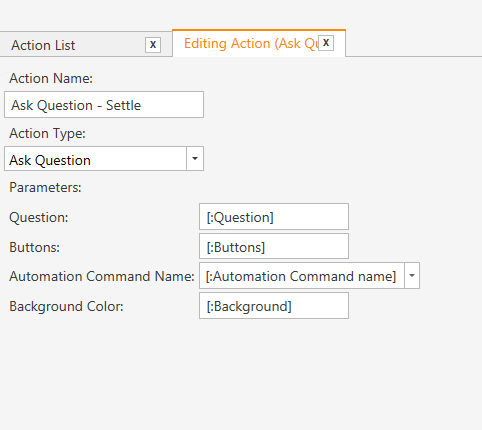 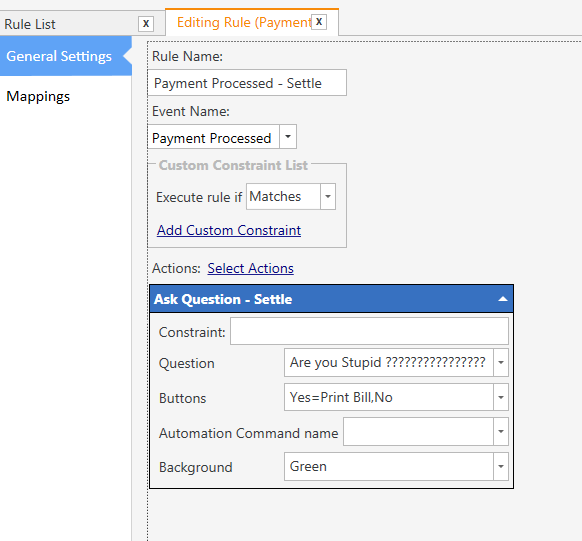 Did you get it working?

Just quick point - the thing with using the [: ____ ] is that you would not need to have it as ‘Ask Question - Settle’ as the settings are defined in the rule rather than the action so you can use it again and again doing different things in many rules - usually you would just call it ‘Ask Question’ or ‘Ask Question - Generic’ (what mine is). If it works for you thats fair enough, just a side note

This is what i have done . what am i doing wrong ? 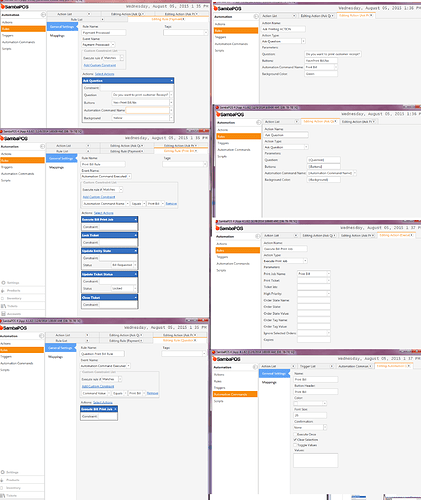 You should study what has been already answered. You have several mistakes. Compare your setup to what JTRTech has shown.

i have tried studying =what was said put then i get confused . what is causing my yes button to not print when yes is being selected.

is it my rules or action, mapping?

You showed two ask question actions. Which one are you using? You sure your print job is called Print Bill?

is it my rules or action, mapping?

I would expect you would want standard mapping of * * * * all round.