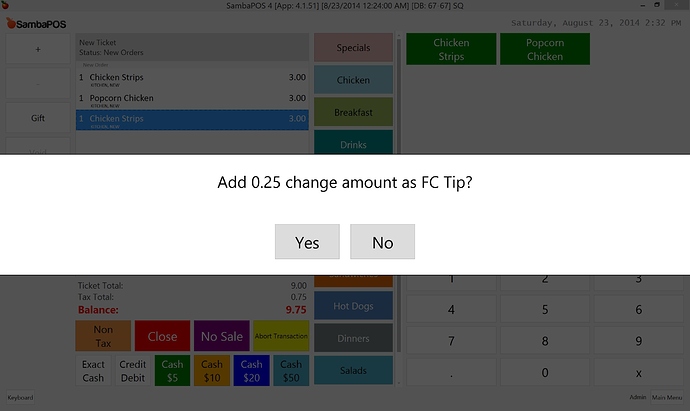 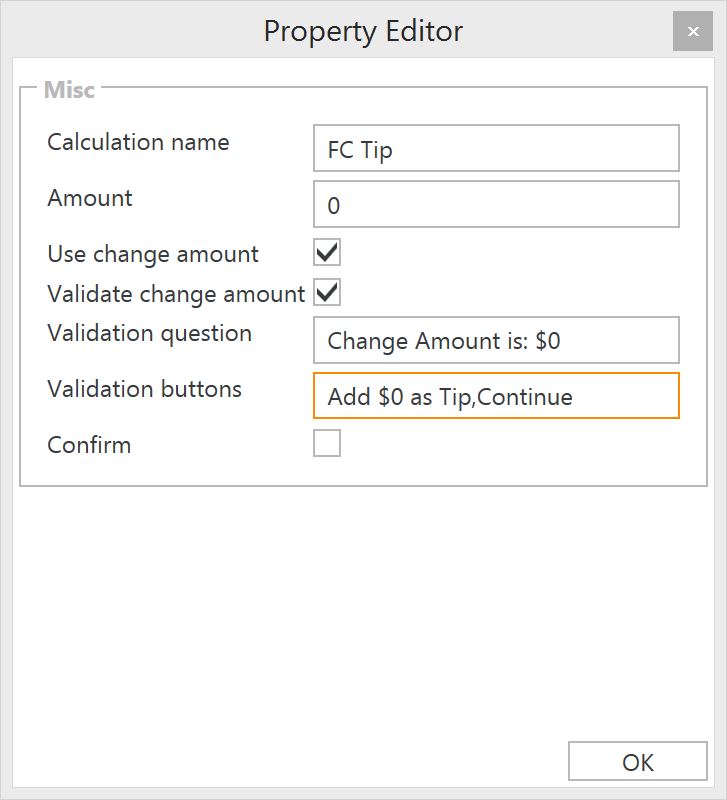 $0 replaces with calculation amount and this configuration displays… 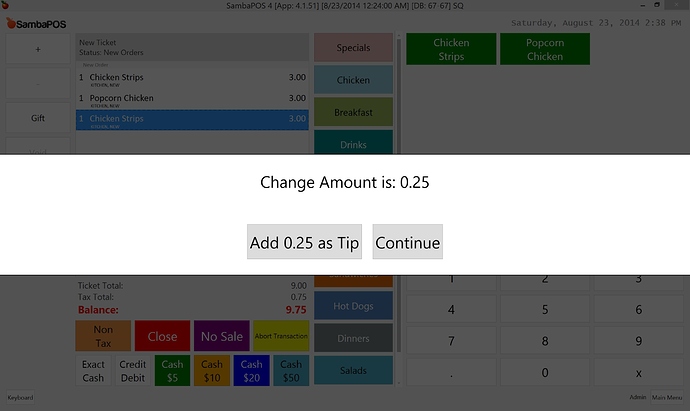 First selection will always validate calculation. (means OK). If you configure buttons like we do for Ask Question action the button equals OK value validates calculation.

You may rephrase it for better experience and instead of using just Yes or No I’ll suggest using similar setup for all Ask Question screens.

Awesome I like like it. I was thinking it sure would be nice if we could customize the question little more. I just didn’t think to request it. You must have a mind reader app somewhere

Now all of my popups including this one can be consistent color.

@emre,
Will we be able to ask personal questions for all payment processor options??

Ask personal questions? Sorry I couldn’t understand that. Do you mean to ask name, address,etc? Can you give an example?

Thanks @emre,
The truth is it’s not so necessary and I did not plan to ask for it.

For example when a user tries to make a payment in an amount that is lower than the sum of the minimum I set the payment method he’s notified Minmum payment is required.

I thought I could write the message it receives in a language he understands. Because he could not read English.

sorry @Jesse I couldn’t understand this. You should select either confirm or validate. If you select both of them both questions will appear… Just uncheck confirm and you’ll be fine.

btw sorry if I misunderstood the issue, I’m a little tired…

I deleted it… it was not an issue I realized i was wrong. Sorry

$0 replaces with calculation amount and this configuration displays…

I know that the tutorial it’s old, but can I ask how the Calculation Amount should be for the validation question to show the exact change amount ?

Pretty sure he showed you with a picture. Calculation would be your tip calculation.

here is my setup: 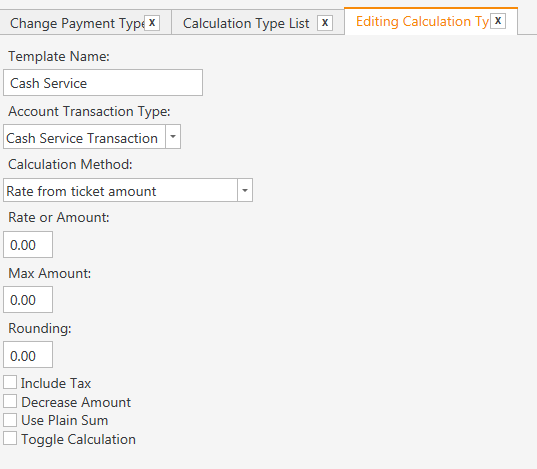 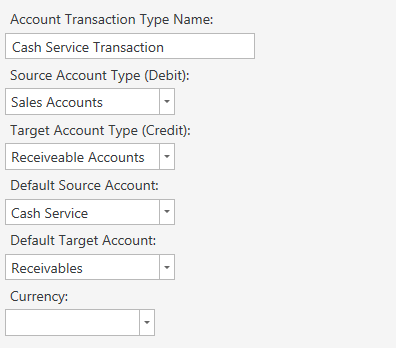 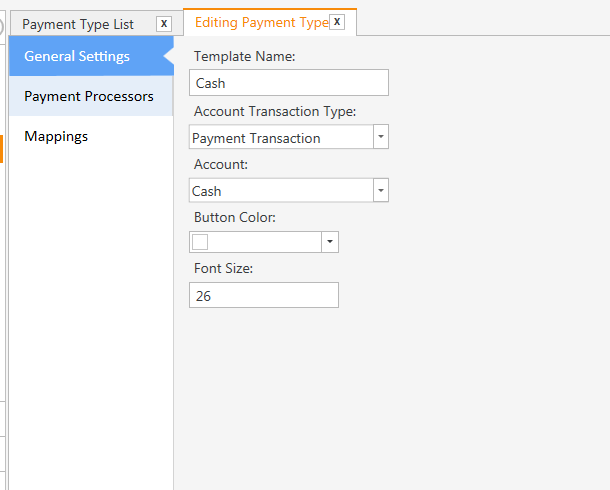 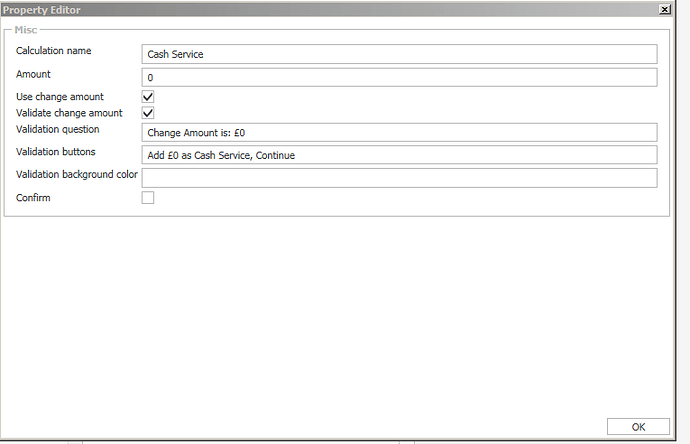 If your wanting to specify an amount does Rate from ticket amount in the calculation make sense?

PS: it should be set as fixed amount.

I checked all the methods before posting…they do not work. 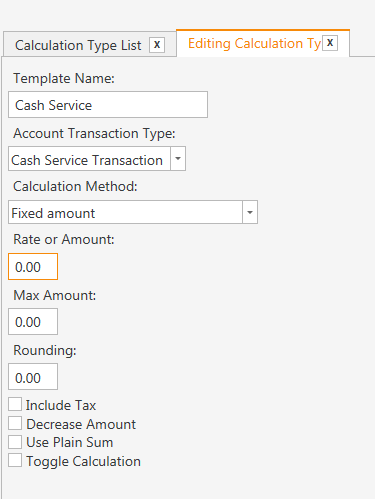 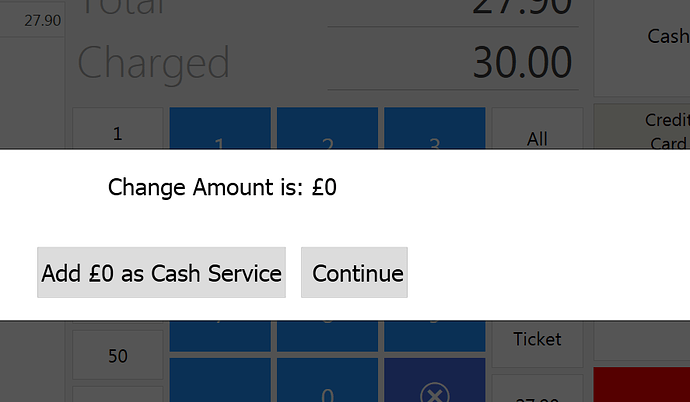 It works you must have made a configuration mistake. I use it daily.

Ok. If there is not so much trouble, can you share your setup please, with print screen? Tomorrow, now it’s late… Cheer’s

Probably because you changed the key syntax. $ is not an actual currency in this implementation. $ is what told it to replace 0 with the calculation.

When having trouble with tutorials you should set it up exact and get it working before you modify anything. This is when most people make mistakes they think they know what they are doing but in fact they didn’t. If you work through it first then retry modifications you will have better success and learn faster.

Probably because you changed the key syntax. $ is not an actual currency in this implementation. $ is what told it to replace 0 with the calculation.

Now it’s working. I tried another sign (because I didn’t know that the $ sign it’s in the software’s code). That’s why I put that sign. Sorry for disturbing. and thanks for your time.