While changing a table or the customer of a ticket we need to cancel or remove our selection. 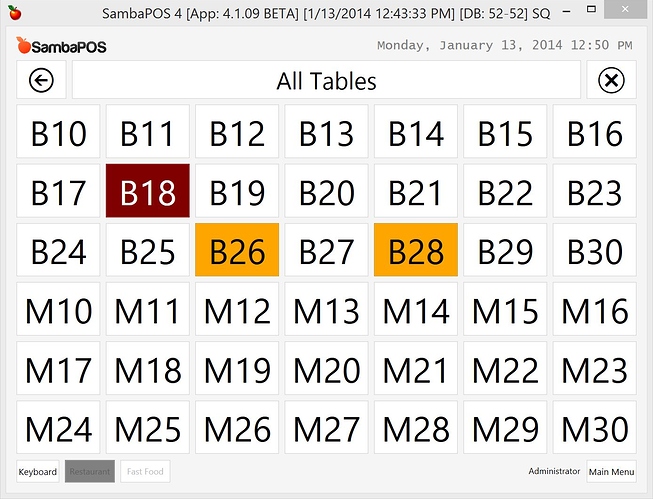 When you click back button icon it will switch back to ticket without a change.

Clicking cross icon will remove entity. For example if you want to remove table or customer from a ticket you can use this button. This feature can be disabled for users with “Can remove ticket entity” permission.

This is a fantastic feature, that I’ve wanted to see for a long time. Any chance it will be coming to v3 as well (I really dislike the v4 UI).

So wouldn’t you miss future V4 features? If I can do something for better UI I’d prefer improving that.

I like to keep current, and I enjoy new features, so I would like to be able to upgrade to v4. Tell me which of these Menus looks better to you…

I simply can’t read most of the text on the v4 version, even with BOLD enabled. Plus, the extra margin you’ve introduced causes items to be off the bottom of the screen, forcing me to scroll. And I never did like Segoi UI font, nor the “Metro” interface (it’s like going back to Win3.1). 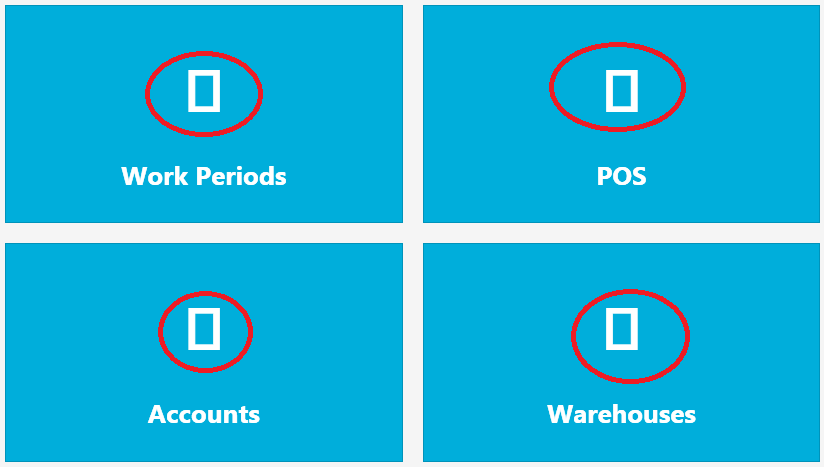 Most V3 feedbacks about button images was using bigger images. So instead of using iconic images we decided to change layout. If you increase button heights a little bit and use bigger images you’ll have a result like this. Also single line captions will look better. 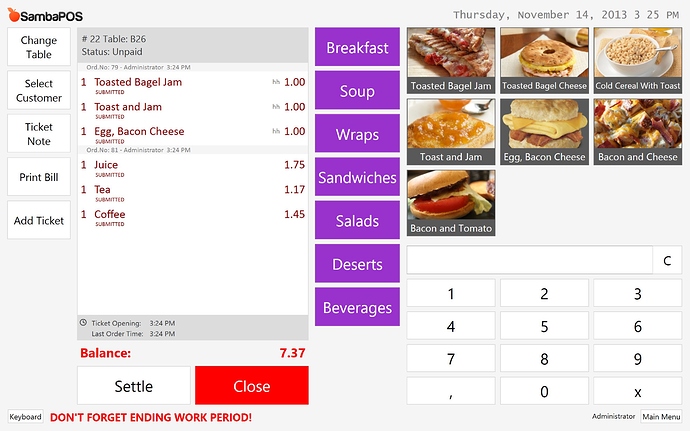 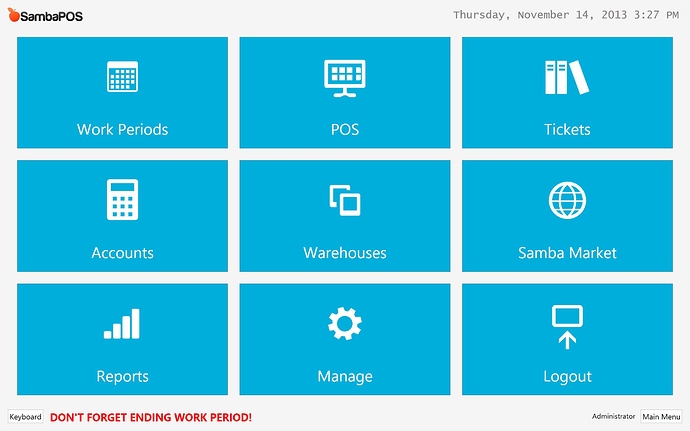 Using a symbol font makes development easier and while scaling items for screen it should work faster.

Maybe our Metro UI implementation is not good yet. Using less graphical features (borders, gradiends, roundings) is a great idea in general.

Just let us know what does not work fine for you so we can improve it. For example after examining your screenshots I can see we should support left aligned images for category buttons.

I really appreciate your work Emre. I agree, using less graphical features is a great idea in general, since it should speed up rendering and such.

I like the idea of what your screenshots are trying to accomplish; however, it doesn’t work well with my setup, and may not for others either. Perhaps there could be an option to choose whether to left-align images (the old way), or center them (the new way) for menu items and categories.

Something else I’ve always wanted to see is some sort of indication of which category is currently selected, with a highlight or an outline perhaps around the category, or an indicator bar on the right or left of the category.

P.S. Since we’re talking about UI, could you split this conversation, and move all of this discussion to the Topic of UI that you already have?

@QMcKay I like V3 design too. This is also my creation haha… Honestly when I first saw Metro UI examples my reaction was similar to yours. After reading about it more I understood the idea. This is something about using graphics, colors, symbols, fonts and animations together for better user experience. Some apps implemented it nice but most metro ui implementations are not good. SambaPOS 4 UI also have little issues and I believe as we share our experiences more we can improve it for better usage.

You already have Segoe UI Symbol font but not the version SambaPOS trying to install. There is no other safe way to install this font to windows 7 and OS asks this question. You can safely say yes on next install.

No problem to keep posts here since other people might wonder same thing. Feel free to create new topics for further ideas. Thanks.

in my case, i cannot upgrade right now to V4 since it requires framework 4.5 - i run on windows XP :-/

Gladly, im going this monday for a week for vacation, and check it as soon as i get back

Great ! Have a nice vacation.

The latest version 4.1.14 does not work on WinXP

Yes I’ve decreased dependency to .net framework as 4.1.13 but I don’t know why 4.1.14 stopped working. That might be another issue. Do you see an error message?

When istalling it says it needs to install .net framework 4.5 and then detects that it cant because its XP

OK, version 4.17 works on XP, didnt get the chance to test all needed but will do shortly. One thing is for sure, V4 UI is brighter and makes it much harder and not so “sexy” when working in darker places like my pub